Steve Hackett have announced the release of “Selling England By The Pound & Spectral Mornings: Live At Hammersmith on 25th September”. This live recording is from his critically acclaimed 2019 UK tour.  Check out the video for the first single “Deja Vu” below.

The concert was recorded at the Hammersmith Eventim Apollo, the final night of the tour. Steve Hackett was joined by his touring band of Roger King (keyboards), Jonas Reingold (bass), Rob Townsend (saxes/flutes), Craig Blundell (drums and percussion) with Nad Sylvan on vocals.  Special guests for this performance were Steve’s brother John Hackett (flute) and Amanda Lehmann (guitar and vocals).

This was a very special tour for Steve Hackett as it brought together his favorite album from his time as guitarist with Genesis – “Selling England By The Pound” – which Steve and his band performed live in its entirety for the first time. The show also featured selected tracks from Steve’s personal favorite album from his extensive solo career “Spectral Mornings”, together with tracks from his acclaimed 2019 release “At The Edge Of Light”.

Steve comments: “Amalgamating three personal favorite albums, including the whole of “Selling England by the Pound”, most of “Spectral Mornings” and “At The Edge Of Light” highlights was a very special live experience. Both audio and visual on this product give a mind blowing experience of an unforgettable evening at Hammersmith.”

The first set of the concert includes tracks from “Spectral Mornings,” celebrating its 40th anniversary, and “At The Edge Of Light’. Steve and the band were joined by Amanda Lehmann on vocals and guitar and by John Hackett, on flute for “The Virgin And The Gypsy” and “The Red Flower Of Tai Chi Blooms Everywhere.”

The second part is the live recording of “Selling England by the Pound” album in its entirety, plus “Déja Vu,” a track initiated for the album by Peter Gabriel, but later completed by Steve. The recording concludes with the concert encores of “Dance On A Volcano” and “Los Endos”.

“Selling England By The Pound & Spectral Mornings: Live at Hammersmith” will be released on 25th September through InsideOut Music in several formats: 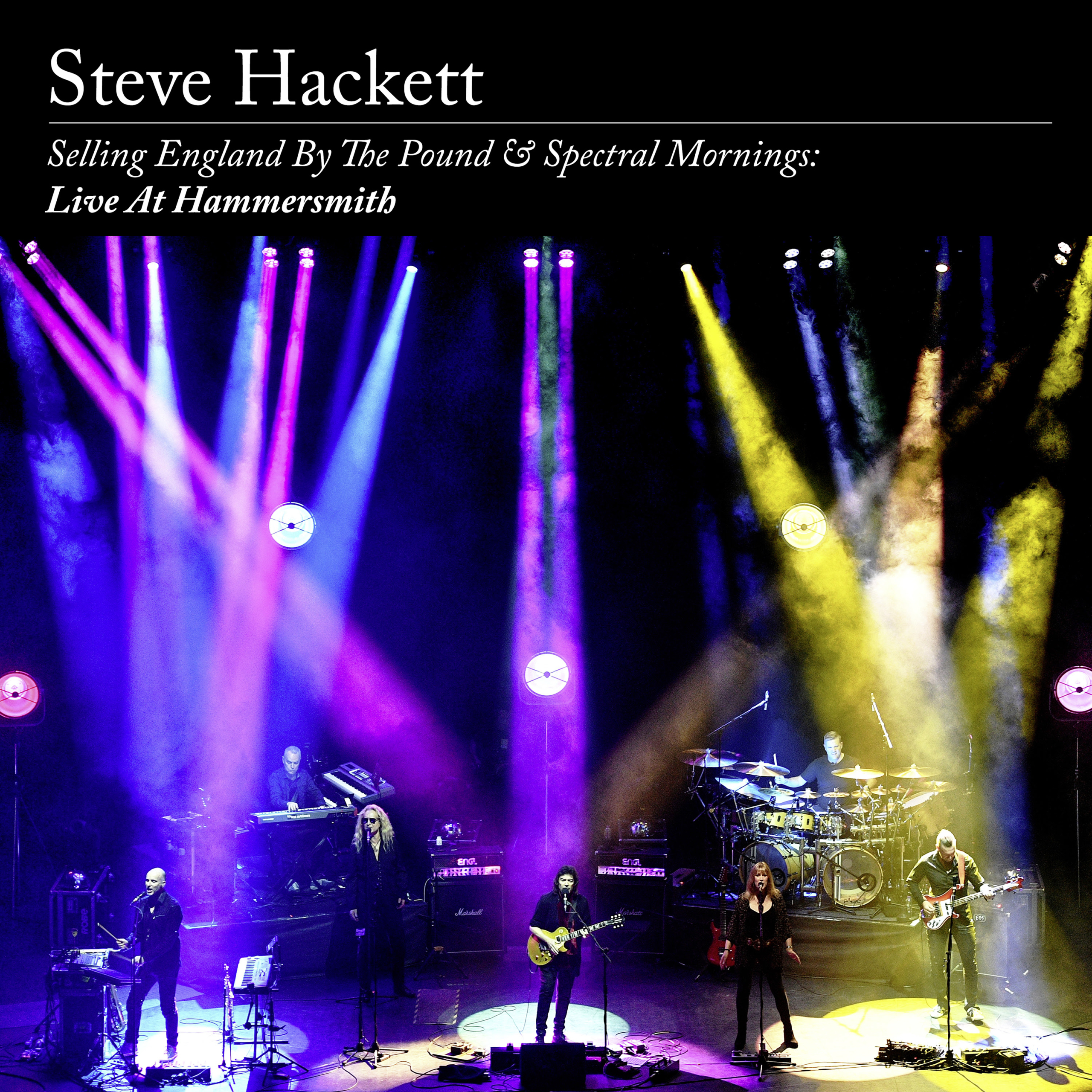 Steve Hackett joined Genesis at the beginning of 1971 and gained an international reputation as the guitarist in the band’s classic line-up alongside Peter Gabriel, Tony Banks, Mike Rutherford and Phil Collins. Steve’s intricate guitar work was a key element of Genesis’ albums from “Nursery Cryme” (1971) to “Wind And Wuthering” (1977) including the classic “Selling England By The Pound”.

After leaving Genesis at the end of 1977, Steve’s solo career, which now spans more than 30 albums, has demonstrated his extraordinary versatility with both electric and acoustic guitar. Steve is renowned as both an immensely talented and innovative rock musician and a virtuoso classical guitarist and composer and this was recognized in 2010 when he was inducted into the Rock Hall Of Fame. He has also worked alongside Steve Howe of YES in the super-group GTR.

Steve’s compositions take influences from many genres, including jazz, classical and blues. For his later studio works “The Night Siren” (2017) and “At The Edge Of Light” (2019) Steve has explored the influences of world music. Recent tours have seen Steve celebrate his time with Genesis including a spectacular 2018 tour in which Steve realized a long-held ambition to perform the works of Genesis live with his band and an orchestra.