Iceland rock giants SÓLSTAFIR will be releasing their seventh studio album, ‘Endless Twilight of Codependent Love,’ on November 6 via Season of Mist. On August 5th, the band live streamed the explosive first single, “Akkeri,” via the Season of Mist YouTube channel. The band has also previously released a teaser for the new record, which can be streamed below.

A quarter of a century after singer/guitarist Aðalbjörn “Addi” Tryggvason co-founded atmospheric Icelandic metal quartet Sólstafir, they continue to follow their cardinal rule – that there are no rules. For them, writing an epic 10-minute song without a traditional verse/chorus trade-off feels natural. While they have done two albums in English, he mainly sings in their native tongue and his vocals are as much an instrument as a vessel for words. Their videos equally showcase the band and their Icelandic world that they commune with.

And their music flows however it pleases. “Having been a metal band for a long time and gone through shoegaze, atmospheric black metal, and post rock, I just feel privileged being able to mix all my favorite genres and get away with it,” says Tryggvason.

In the world of Sólstafir, artists as varied as The Beatles, Kraftwerk, Darkthrone, Ennio Morricone, and Billy Corgan swirl inside their heads, and such influences seep into their musical ether. Funnily enough, the cover for the group’s latest album “Endless Twilight of Codependent Love” might remind one of a famous Smashing Pumpkins album cover.

Painted in watercolor by Johann Baptist Zwecker in 1864, The Lady of the Mountain is the female personification of Iceland. It was first published in a book of Icelandic folk tales but was never shown in public. A black and white woodblock replica by the artist is what Icelanders have known until recently when two citizens found the original hidden in a Welsh museum gallery where it had been in storage for a century. Now it is back home and adorning the cover of the new Sólstafir album. 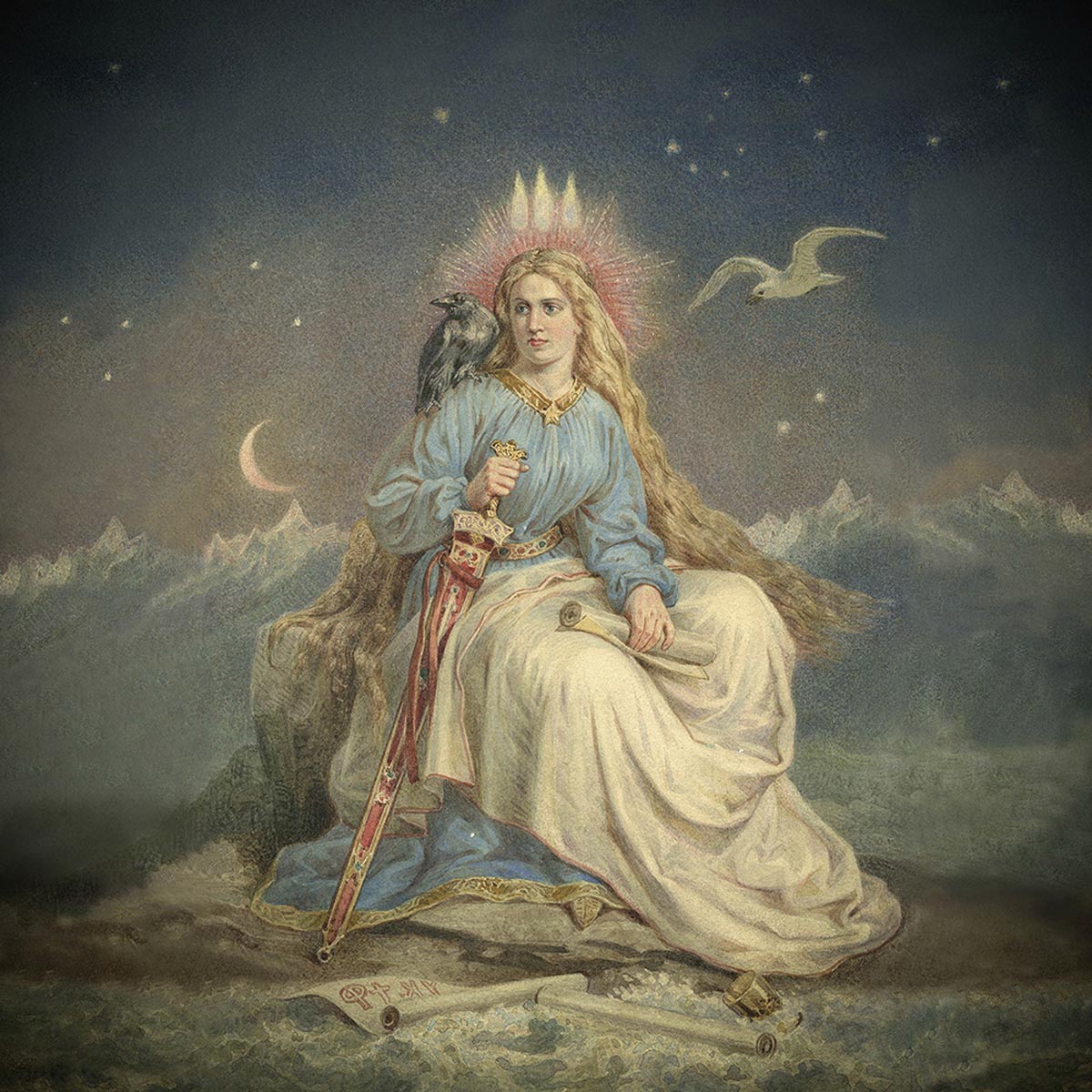 “Everybody knows the image of the Lady of the Mountain,” declares Tryggvason. “It’s like Marianne to the French and Minerva in Greek mythology. All of a sudden, the original pops up and it’s like, ‘Oh my god, these are the most beautiful colors I’ve ever seen. And why does it remind me of “Mellon Collie and the Infinite Sadness?”’ So that’s purely accidental. When we saw this photo, we had to use it. It’s too beautiful.”

While early Sólstafir lyrics delved into Nordic mythology and critiques of organized religion, more recent songs explore their spiritual connection with nature, and lately, mental disorders ranging from depression to alcoholism and the taboo behind men in particular discussing those things for fear of being perceived weak.

“That’s the real darkness that you can’t see, but you can feel it and people around you can feel it,” explains Tryggvason. “Of course, there are serial killers and plagues and whatever through history. But in modern day life, that’s the true darkness around you. People kill themselves every day, and often people close to you who have been feeling so bad.”

The front-man says that band members have each had their personal struggles to deal with. They collectively became sober back in 2013. “Anyone in this band can talk about his depression or their state of mind during the day,” says Tryggvason. “It’s an open, free dialogue in this band, so it’s very healthy.”

He says the most personal song on “Endless Twilight of Codependent Love” is “Her Fall From Grace,” the lone track in English. It chronicles the pain of watching a loved one succumb to mental illness.“It’s very sad when you love someone and you see them get sick,” muses Tryggvason. “Like Layne Staley said, ‘Slow suicide is no way to go.’ But you’re just watching on the audience bench, preparing for the phone call. ‘Hey man, Johnny’s dead.’ ‘All right, I knew Johnny was gonna die. I’ve been watching him in slow motion.’” He likens the experience to seeing a relative or parent be consumed by Alzheimer’s and turn into a different person than one remembers. 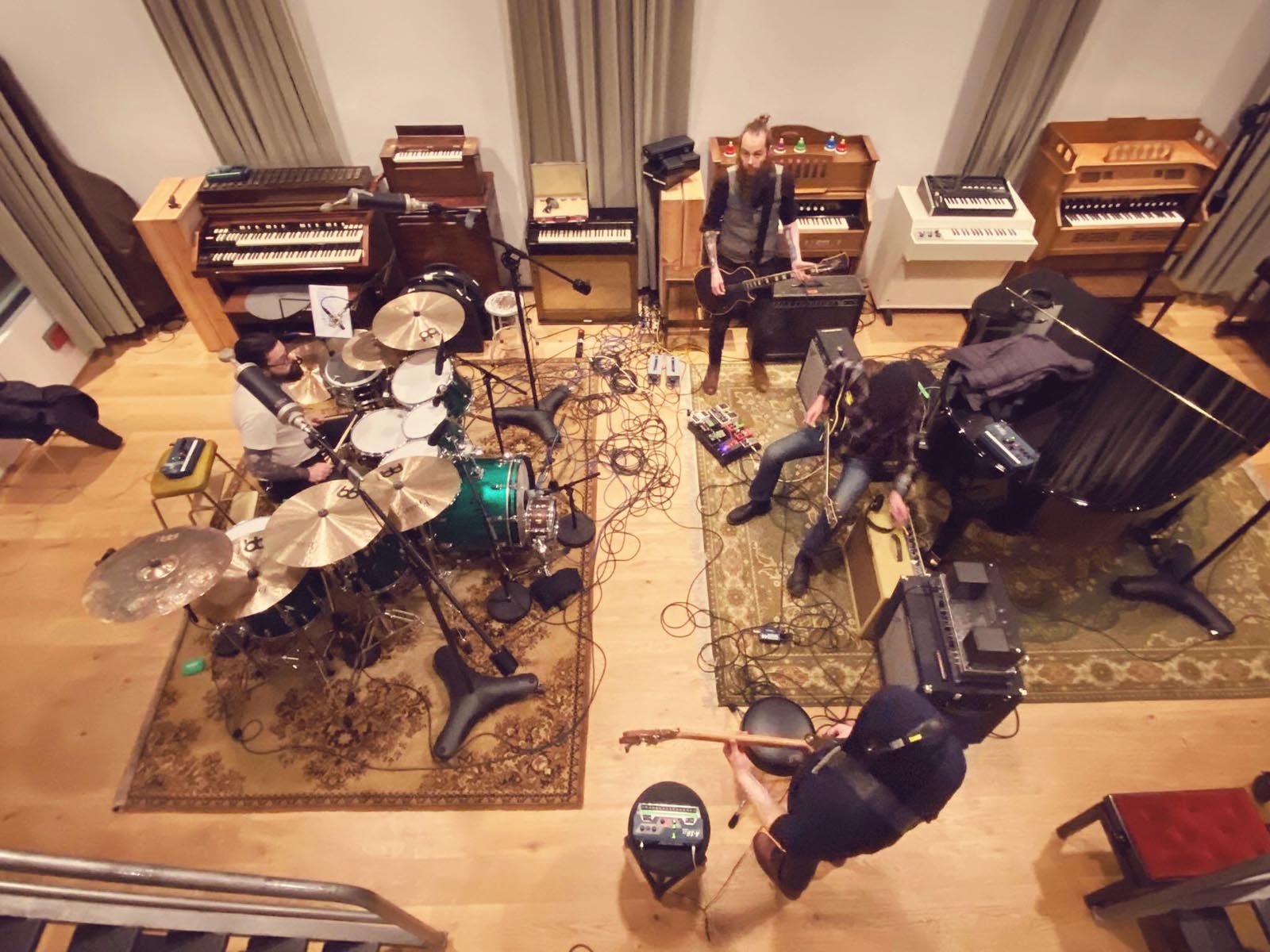 Although the band’s lyrics are predominately in Icelandic, that does not prevent outside listeners from appreciating the emotional power of their music. It has been said that many fans can feel his pain even if they do not overtly understand what he is singing about.

A beautiful moment in that regard occurred when Sólstafir played Bogota, Colombia in September 2017. It was the smallest show on their South American tour, and they presumed it would not be as lively. The 300 strong throng proved them wrong. “It felt like I was in Queen at Wembley Stadium,” Tryggvason recollects fondly. “They sang every goddamn word in Icelandic. How can you explain that?”

Such passionate reactions have not gone unnoticed in their homeland. Iceland picked Sólstafir to play a total of six events New York City, Seattle, and Toronto last fall called “Taste Of Iceland.” Tryggvason says the band enjoyed the event and their intimate industry showcases at Pianos (NYC) and Livenation (Toronto) during that same trip.

Counter-intuitive thinking has helped Sólstafir evolve and mature. The new track “Or” opens with a languid, bluesy feeling but gradually transforms into an angst-ridden, guitar-driven dirge. When they conjured their breakthrough song “Fjara” in 2011, the group feared its mellow nature might put off their longtime metal followers. Instead, they embraced it. That tune, along with the ambient, banjo-laden track “Ótta,” allowed the group to play both the Brutal Assault festival in the Czech Republic five years ago and then a family-friendly music event in the Netherlands the next weekend. The new rager “Dionysus” even features a return to their black metal roots that was not planned; the song just turned out that way over a year-long span.

“Our audience grew bigger and more diverse by us just being ourselves and doing nothing different really,” notes Tryggvason.

One of the joys for him and his bandmates – bassist Svavar “Svabbi” Austmann, guitarist Sæþór Maríus “Pjúddi” Sæþórsson, and newer drummer Hallgrímur Jón “Grimsi” Hallgrímsson, who contributed some lyrics this time out – is that their perception of how their new music will turn out never corresponds with reality. It is that unknown factor that keeps things exciting.

Pre-order ‘Endless Twilight of Codependent Love‘ at this location.