The British/American metal trio Raven have released a new single and lyric video for the song “Top Of The Mountain” from their new studio album “Metal City”.

It’s often small things that can give powerful impetus to a musician’s creativity. In the case of USA-based metal trio Raven, featuring the English brothers John (bass, vocals) and Mark (guitar) Gallagher, it was the unanimously positive reactions to their 2015 release “ExtermiNation,” and of course the arrival of drummer Mike Heller (he joined the fold in summer 2017 to replace Joe Hasselvander, who had left the band due to health issues) which has resulted in an awesome new album.

“Our initial goal was just to raise the bar once more. We did a good job on ‘ExtermiNation’ and decided we just wanted more of everything next time,” John Gallagher states. “However things changed once we got Mike on board. Attitude and tempos got revved up a lot! Mike is a ball of energy. He has a good ear and is a big fan of the early albums, especially the crazy feel. He’s kicked us into a higher gear where we feel that we can play anything and everything we write with no restrictions.” Gallagher’s explanations ring with pure, unadulterated musical enthusiasm and passion, so curtain up for “Metal City,” which sees Raven deliver ten songs with no holds barred.

“Metal City” will be released through SPV/Steamhammer on September 18th, 2020 as CD DigiPak, LP version, and bundle version with shirt (only at the Steamhammer shop). Download and stream here. 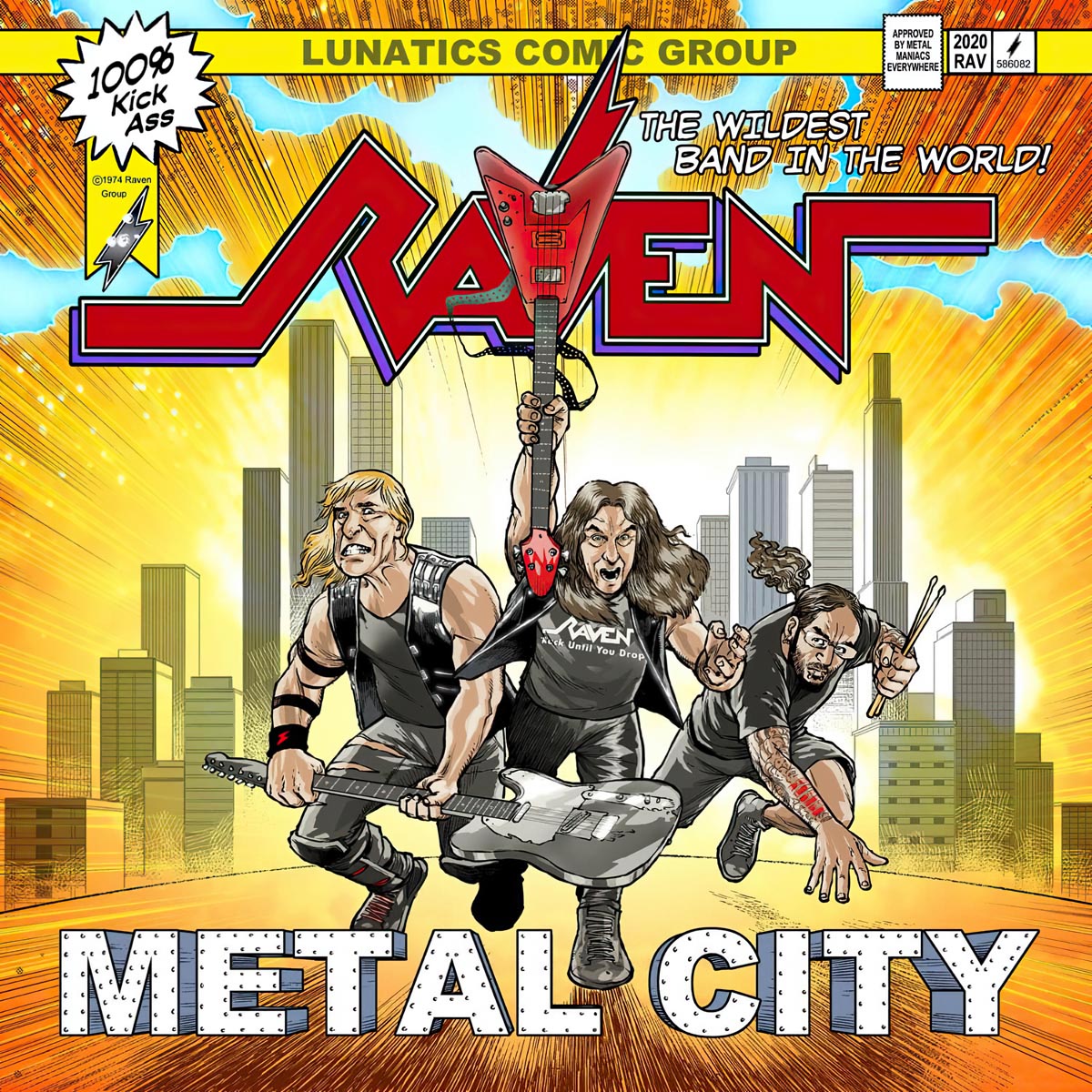