Like few other contemporary metal bands, Prong are synonymous with a down-to-earth attitude, stamina and a close bond with their fans. “Since the beginning of our career, we’ve done almost everything ourselves,” guitarist, vocalist and band founder Tommy Victor looks back at the group’s intense and extremely strenuous early phase in the 1980s. “Not only did we write songs and record albums, we also managed the band, looked after the merchandise, sent demos to clubs and booked vans. Then there were a few years with record companies and agencies involved to support us. Today we’re back to the beginning, we’ve come full circle.” The latest feat proves Prong’s great commitment: A new EP, available on Digi-CD and 12” vinyl, featuring two brand-new studio recordings and three live cuts, will be out on Steamhammer/SPV from 29 November 2019. The EP’s title is “Age Of Defiance”. The digital single “End Of Sanity” will arrive on 25 October 2019 to herald this thoroughly accomplished recording.

The new 5-track EP opens with the title song “Age Of Defiance”, which Victor describes as “pretty unusual for Prong”. “It’s extremely powerful, with a great groove, haunting chorus, everything’s fresh and contemporary.” According to the Prong mastermind, the second studio number “End Of Sanity” is “a thrash/hardcore/crossover number in typical Prong style which I wrote especially for our American tour with Agnostic Front. If you’re into Prong, you’ll love this track.” “Age Of Defiance” also features three live cuts, recorded by Victor & co. during their major headlining tour at Berlin club Huxleys Neue Welt in April 2015: “Rude Awakening” from the same-named 1996 opus, plus “Another Worldly Device” and “Cut Rate” from the 1994 major label album release “Cleansing”. A total of five songs which forge an arc between past, present and future. 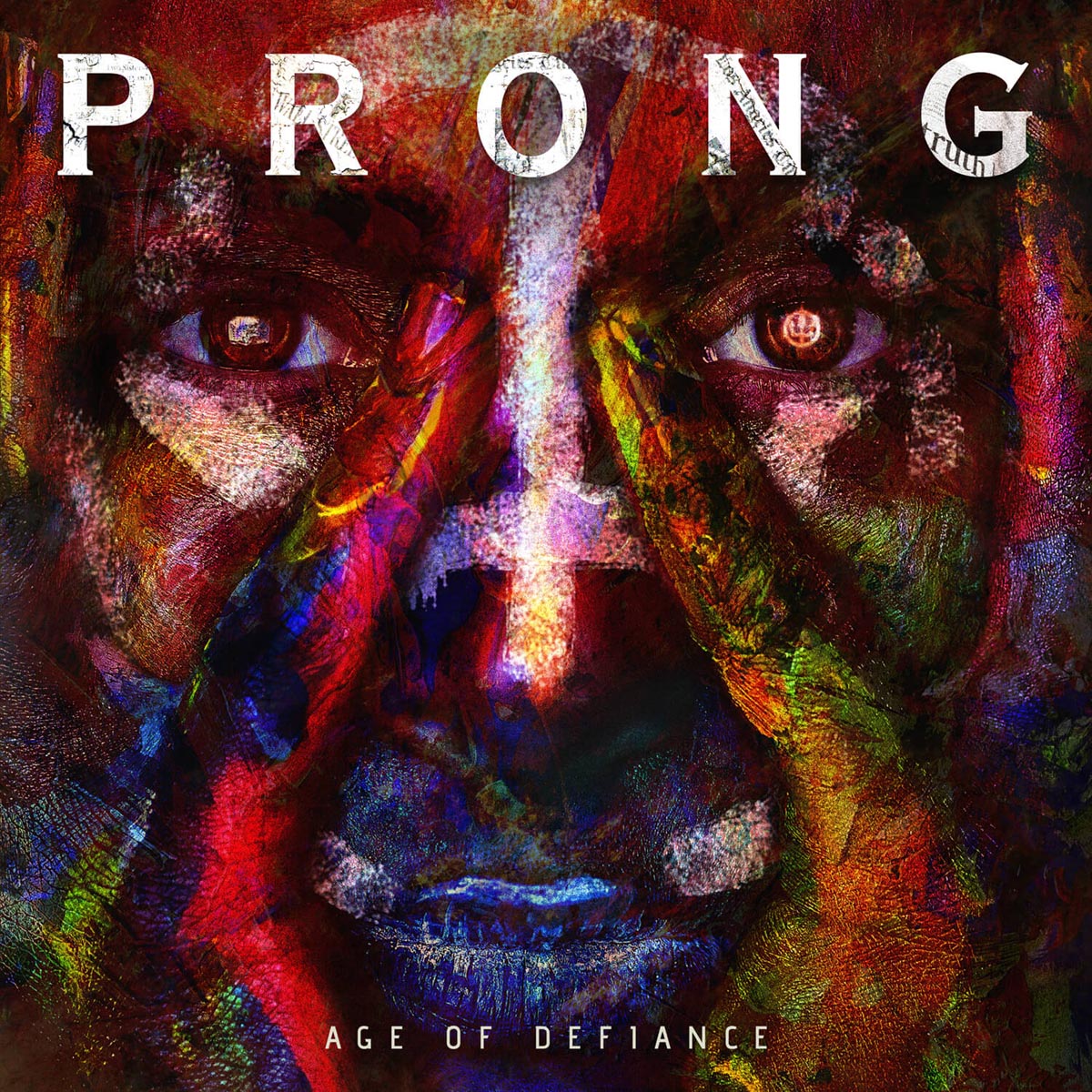 “Age Of Defiance” will be released through SPV/Steamhammer on November 29th, 2019 as CD DigiPak, 12″ orange vinyl, download, stream and exclusive shirt bundle at this location.

PRONG is continuing to tour North America with AGNOSTIC FRONT and HATEBREED: