ALTER BRIDGE and SLASH FEATURING MYLES KENNEDY AND THE CONSPIRATORS vocalist Myles Kennedy will release his sophomore solo album, “The Ides Of March”, on May 14 via Napalm Records. You can now watch the official animated music video for album opener “Get Along” below.

“Get Along“ is a short film based on an idea created by Kennedy and brought to life by director/animator Ollie Jones. Animators Jake Lava and Sam Clark worked with Jones to tell the story of how society is affecting the animal kingdom, depicting a group of animals that live in a forest banding together to fight an increase in pollution in their homes as well as corporate expansion through deforestation as Kennedy sings the poignant lyric, “Why can’t we all just get along?” A bear, beavers, deer and even a ninja turtle, among others, band together with the help of a wise owl to protect their land to relay a message that everyone needs to work together for the benefit of a better world.

“The Ides Of March“ is the longest song on the LP, clocking in at 7:39, and showcases the musicianship of Kennedy and his cohorts — longtime friend and drummer Zia Uddin and bassist/manager Tim Tournier. The band stretches out musically as Kennedy sings an ominous warning: “beware the ides of March.”

Myles says about “The Ides Of March“: “Written quickly one night after having a few drinks, it was an attempt to sum up what so many of us felt during the beginning of the pandemic. We were bored, frustrated and self-medicating to avoid going stir crazy. What I like about the narrative, is it pushes the idea that if everything is going to hell, at least try and do it in a celebratory fashion.”

Pre-order “The Ides of March” here.

During his time at home due to all touring being canceled, Myles created the framework for the song ideas that would make up “The Ides Of March”. He then called up his cohorts from his “Year Of The Tiger” debut — longtime friend and drummer Zia Uddin and bassist/manager Tim Tournier — and the three musicians drove to Florida to record the album with longtime producer Michael “Elvis” Baskette.

From the slide guitar riffs of the album opener “Get Along“ to the pensive blues style of closer “Worried Mind“, it is clear that Myles has crafted a formidable follow up to his debut solo album. While “Year Of The Tiger” was more of an acoustic exploration through Myles‘s mind, “The Ides Of March” finds him strapping on his electric guitar and pushing himself as a guitarist/songwriter. Tracks like “A Thousand Words”, “Wake Me When It’s Over“ and “Moonshot” showcase the diverse musical arrangements that have garnered Myles fans globally across all of his projects. The epic “The Ides Of March“ clocks in at over seven minutes, and Myles, Tim and Zia showcase their musical chops on the track. 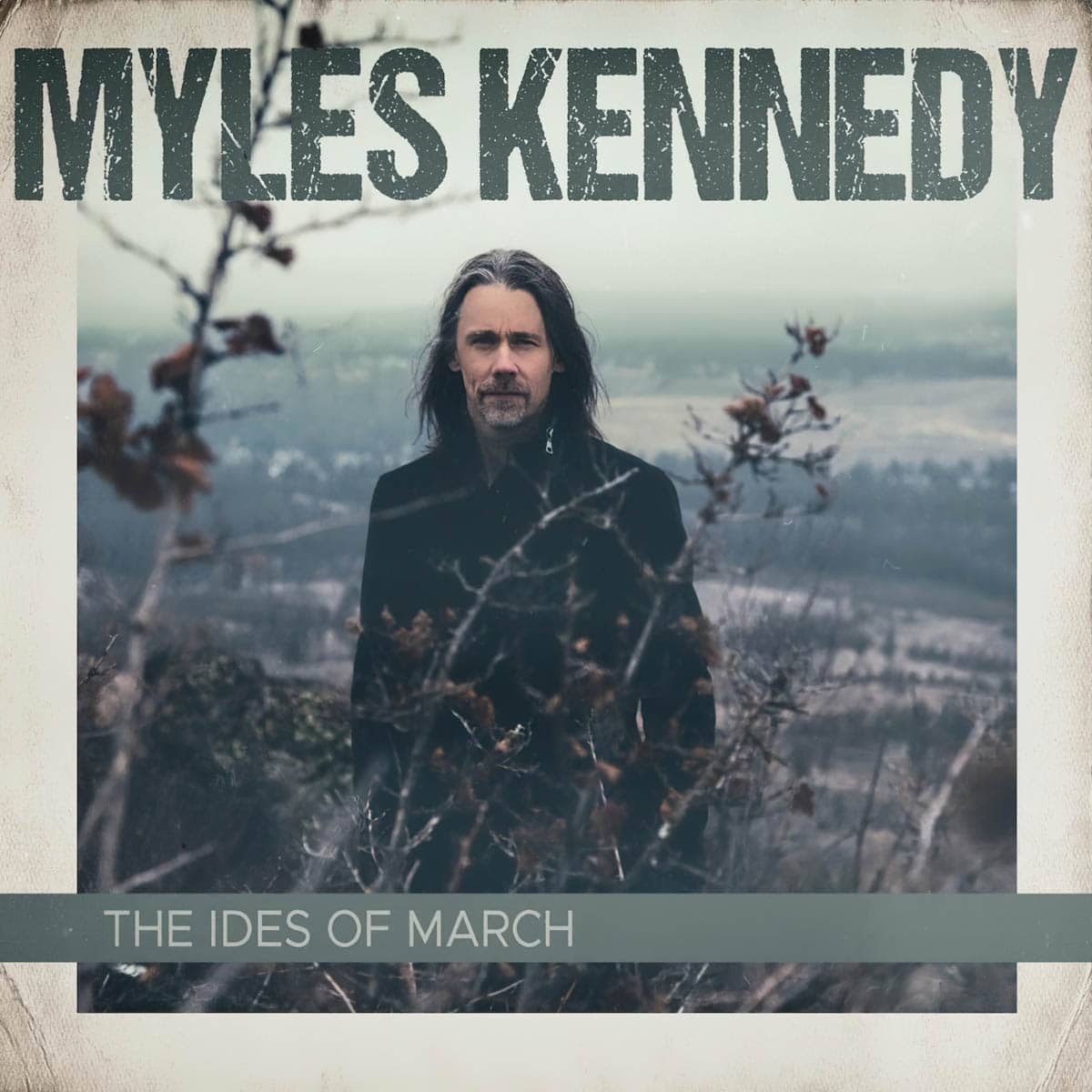 “The Ides Of March” track listing:

In November, Myles told Kylie Olsson about how “The Ides Of March” compares to “Year Of The Tiger”: “It dawned on me last night as I was listening [to the new album], I was, like, ‘You basically made a rock record.’ [Laughs] I don’t know if I went into it with that intention initially. And I feel like it definitely is still a continuation of the overall style that was established for the solo project on ‘Year Of The Tiger’. There’s a fair amount of acoustic instrumentation; there’s a lot of lap steel [guitar]. I love the lap steel; I just love the way you can make it weep — it’s got a very vocal quality. But then I realized there’s just a lot of guitar and a lot more solos — you know, guitar geek stuff that I enjoy.”

A month earlier, Kennedy told Terrie Carr of the Morristown, New Jersey radio station 105.5 WDHA that it was a joy to reconnect with Uddin, Tournier and Baskette for the making of the new LP.

“Oh, yeah, it was great,” he said. “It was great, because we actually drove [to the studio in Florida]. So Zia, my drummer, who, we’ve played together for the last 30 years, off and on, since we were in high school. He’s, in my opinion, one of the greatest rock and roll drummers alive; he’s so good, it’s mind-boggling. So we started driving. We left Spokane, with the gear in tow. And then we met Tim about halfway. I think we met somewhere in Tennessee, maybe. Then we after driving to Orlando, we all quarantined. Zia did his drums and then he went home, and then Tim finished up. He hung around for a little while. And then I was there for, I think, seven weeks with Elvis.”

He continued: “It’s a fun environment. We all love each other dearly. I’m serious when I say this: we’re a bunch of middle-aged children. I mean, it’s as if we’ve taken a time machine and we’re in the seventh grade. And the humor is ridiculously silly. I don’t even know how to articulate how ridiculous it gets when you put all of us in a studio together. [Laughs]”

Myles‘s tour in support of “Year Of The Tiger” featured music from the album as well as selections from Myles‘s work with ALTER BRIDGE, THE MAYFIELD FOUR and SLASH FEATURING MYLES KENNEDY AND THE CONSPIRATORS.