West Coast metal veterans METAL CHURCH will release their 12th full length studio album “Damned If You Do” on December 7 via Rat Pak Records. The effort will also be available in Europe via Nuclear Blast and Japan via King Records. The latest release is the follow-up to 2016’s “XI”, which saw the return of  legendary front-man Mike Howe. “Damned If You Do” can be described as “a cross between the band’s iconic ‘Blessing In Disguise’ and ‘The Human Factor’. This new offering features ten fully charged, classic-metal-influenced songs that showcase the sound that has garnered the band a solid fanbase for over three decades,”

The official music video for the title track of the 12th full-length effort can be seen below. The song is quintessential METAL CHURCH and showcases the sound that has garnered the band fans all around the globe, with its driving guitar riffs, punishing drum beat and instantly recognizable vocals. Singer Mike Howe comments: “I hope the fans enjoy this first video, it really sets the tone for the entire album. We are doing our best to keep metal alive METAL CHURCH style. Damned if we didn’t!” 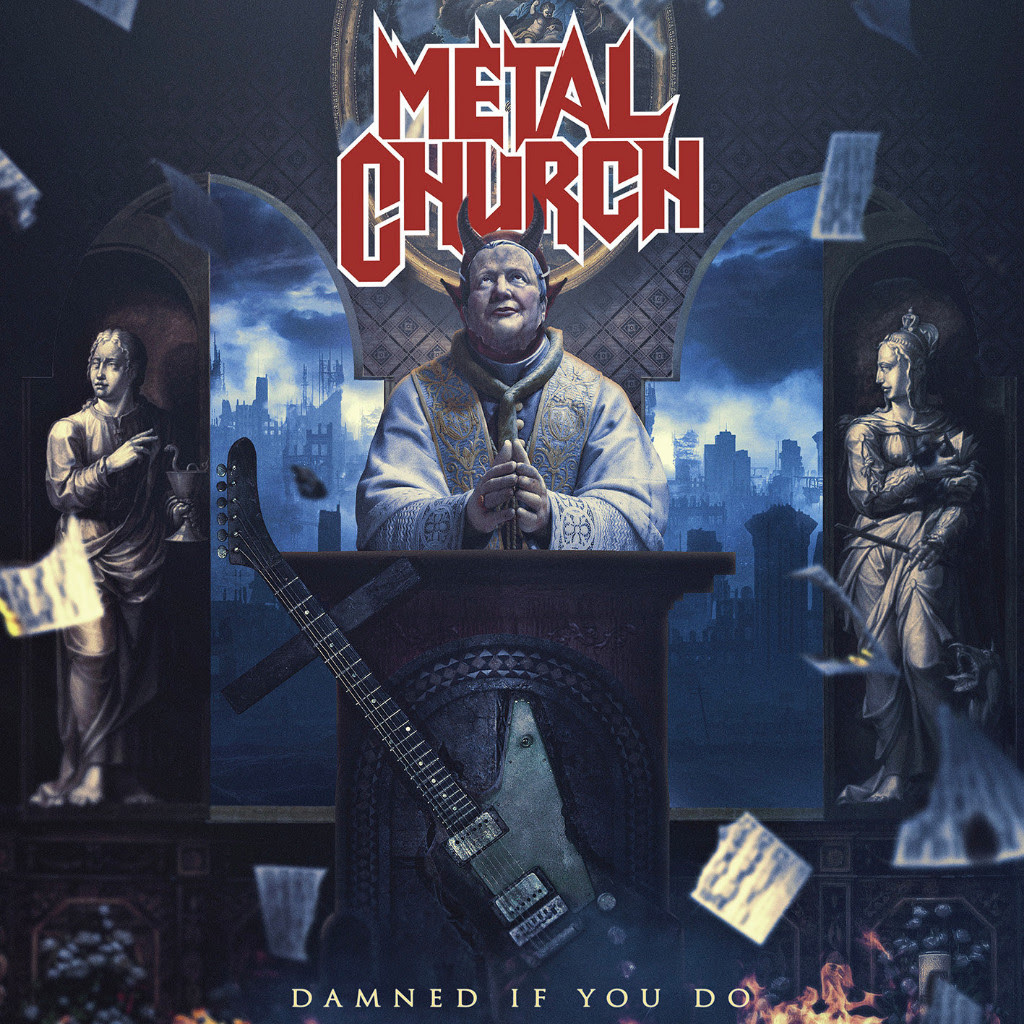 “Damned If You Do” Album Artwork

Adds drummer Stet Howland: “From my first listen of the ‘Damned If You Do’ demo, I was blown away. From Mike‘s ‘hummm‘ intro toKurdtVanderhoof‘s badass guitar riff to the infectious chorus, I was hooked! If I was any more excited people would have to call me ‘shit legs’. Hahaha.”

Vanderhoof comments: “I feel this album is a very powerful statement to what METAL CHURCH has always been about. A tough and aggressive old-school metal album while maintaining a level of musicality and melodic sensibilities.”

“Damned If You Do” also features Stet Howland (ex-W.A.S.P., LITA FORD), who joined METAL CHURCH as the replacement for longtime drummer Jeff Plate. Soon after hooking up with the group, Stet was diagnosed with diffuse large B-cell lymphoma. Miraculously, his treatments for the aggressive non-Hodgkin lymphoma worked and he was able to begin recording the new album.

Speaking of the new album, Stet said: “From the minute we started tracking this new CD, I had the feeling that it was going to be something special. I knew that I was going to do my best to deliver a top drum performance, not only because of the high standard set by past METAL CHURCH drummers, but also because this is my first CD release after being sick. I’m beyond happy with all aspects of this CD — great songs, great performances, great production; just an overall great CD! I love it!”

Howe comments: “I’m very excited about the new release. It all came together way better than I even imagined. It’s a great feeling to work really hard on a musical project pouring your heart into it and hoping it comes out as something you can be proud of in the end. I have been listening to it every day and loving it! I hope our fans do as well!”

“Damned If You Do” is available in various formats and bundle configurations, including a limited blue, black and white vinyl pressing with an alternate track sequence also an Ultimate Fan Bundle that includes a personal “thank you” phone call from Howe.

“Damned If You Do” track listing: