French metal opera collective, MELTED SPACE, will release the epic new Darkening Light full-length on March 23rd worldwide, this week announcing the all-star cast of guest vocalists and musicians and a visual trailer for the album.

Initiated by pianist and composer Pierre Le Pape, MELTED SPACE stands as the first metal opera created in France having the air of a huge choral fresco. His 2017 album The Great Lie gathered together members of MORBID ANGEL, MAYHEM, DARK TRANQUILITY, ORPHANED LAND, SHINING, AYREON, SIRENIA, and many more, in addition to the work of The City of Prague Philarmonic Orchestra. Following European tours with both Symphony X and Leaves Eyes and much more comes the follow-up album, Darkening Light , the culmination of an even more powerful and catchier opus.

Le Pape, pulls the listener into the depths of his imagination where tone and rhythms are envisioned as cascading shadows and light on the third MELTED SPACE album. Darkening Light sees the composer once again joined by an extensive cast of guest vocalists and musicians hailing from a wide array of bands and musical entities from across the genres of metal, classical, jazz, and more. The album also sees MELTED SPACE once again collaborating with the City Of Prague Philharmonic Orchestra. The music of Darkening Light is created by Pierre Le Pape on keyboards, with guitarist Adrian Martinot, bassist Brice Guillon, and drummer Mike Saccoman, with a guitar solo on the song “Trust In Me” by Gildas Le Pape. 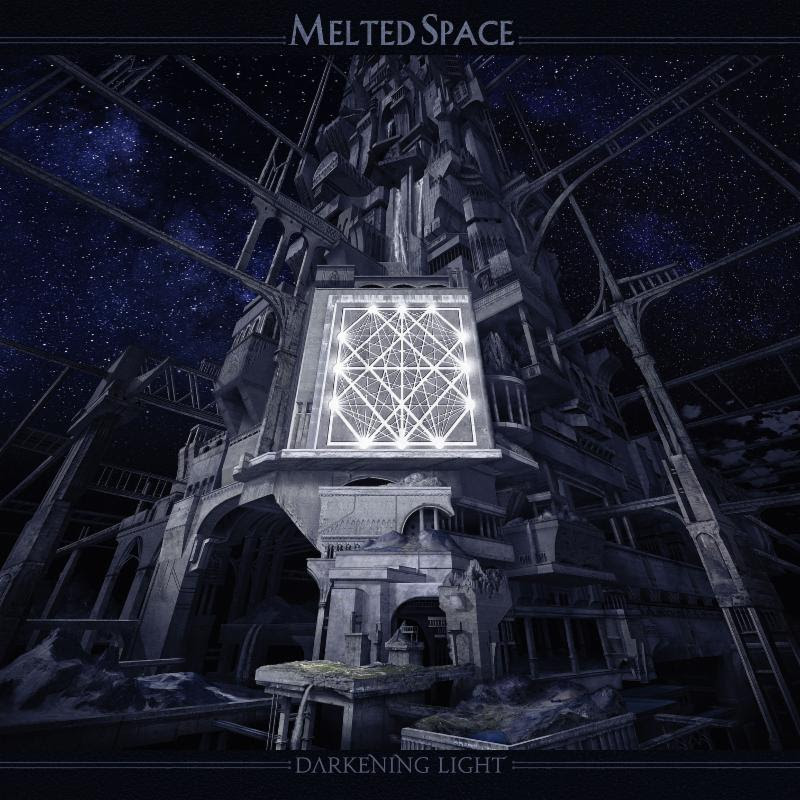 Darkening Light will see worldwide release through Laser’s Edge division Sensory Records, on March 23rd, 2018. The album will be issued on all digital platforms, on CD, and with an extended double-LP pressing which features exclusive bonus material, which will be disclosed alongside preorders and additional audio samples in the days ahead. MELTED SPACE‘s Darkening Light features very immersive artwork, perfectly reflecting the atmosphere of this new opus, centered on the creation of the world and the rejection of the gods by Man, created by Adrien Bousson.