Acclaimed hard rock vocalist Jeff Scott Soto will release his new solo album, “Wide Awake (In My Dreamland)” on November 6 via Frontiers Music Srl. The follow-up to 2017’s “Retribution” was co-written and produced by Frontiers Music Srl‘s in-house producer Alessandro Del Vecchio. The first single from “Wide Awake (In My Dreamland)” is “Love’s Blind” which can be streamed below.

Says Jeff: “Frontiers came to me and reminded me that it’s time for another solo album, and this actually makes solo album number seven. If you include all the live stuff and the ‘Essential Ballads’, that’s 12 releases in the past 18 years. As we’re going into the two-decade mark with Frontiers Records, they wanted me to partner up with my dear friend Alessandro Del Vecchio, who’s pretty much proven himself as a house writer, producer, musician, songwriter — I mean, you name it,” he continued. “The guy is a jack of all trades and a master of all.”

“So Alessandro produced the entire record. He wrote all the songs. He actually played on all the songs. He sent me the original demos, and he’s playing everything. I wrote all the lyrics to all the melody ideas on the road, and I literally came off a two-month tour, with maybe three days off, and I dove straight into recording the vocals of this album here at my home studio. Alessandro and I made sure to revisit the best of what my overall fans love and expect of me while adding some other influences and contemporary sounds. This lucky number 7 for me is one of my favorite releases to date!’

Pre-order/save “Wide Awake (In My Dreamland)” at this location. 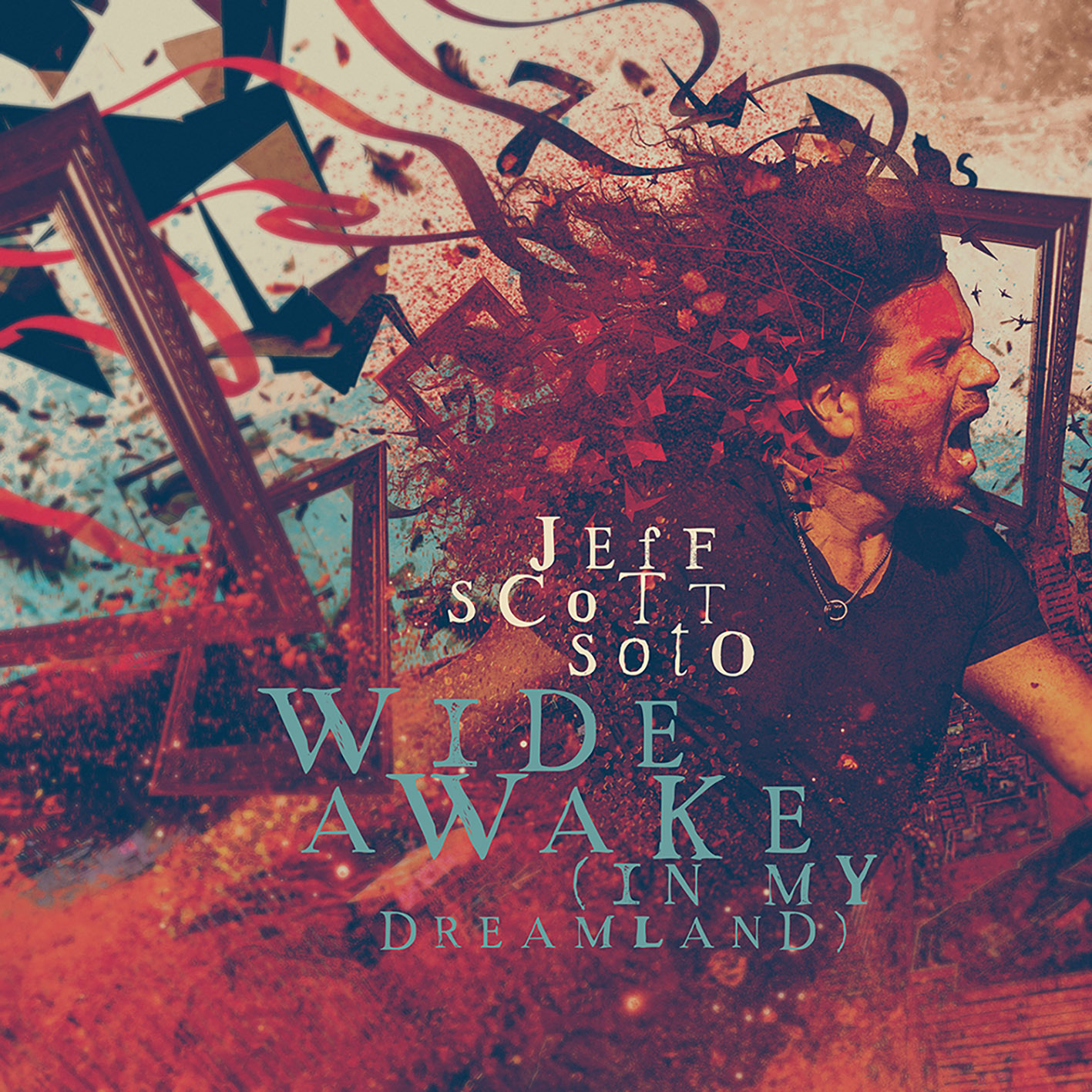 “Wide Awake (In My Dreamland)” Tracklist:

Soto‘s career spans over thirty years. He was first introduced to the public as the vocalist for guitar virtuoso Yngwie Malmsteen‘s iconic first two solo albums before going on to front esteemed hard rock band TALISMAN. He is also one of the vocalists for the wildly popular TRANS-SIBERIAN ORCHESTRA, the lead vocalist for super group W.E.T. (featuring JSS alongside members of ECLIPSE and WORK OF ART), creative visionary for the more metal leaning Soto, and front-man for the super-group SONS OF APOLLO (which also features Mike Portnoy, Derek Sherinian, Ron “Bumblefoot” Thal and Billy Sheehan), among many other musical activities he has been and is involved in. He also held a stint fronting Rock And Roll Hall Of Famers JOURNEY and was one of the vocalists for the officially sanctioned QUEEN tribute QUEEN EXTRAVAGANZA. His incredible voice has led to many an artist inviting him to do guest lead vocals or background vocals on their albums, including, but not limited to, STRYPER, Joel Hoekstra, SAIGON KICK, Fergie Frederiksen, Lita Ford, STEELHEART, and more.