Cult New York heavy metal band and godfathers of power metal, RIOT V, will release their 16th album entitled, Armor Of Light, on April 27th via Nuclear Blast. The album was produced by Chris “The Wizard” Collier (METAL CHURCH, FLOTSAM & JETSAM, SLIPKNOT, KORN a.o.), while the cover artwork was created by Mariusz Gandzel (CRYSTAL VIPER a.o.). Today, the band is pleased to release the official video clip of the second single “Heart Of A Lion”. The video was filmed in New York and was produced by acclaimed director Kyle Monroe from Ryk3r Productions!

Bassist Don Van Stavern states: “One of my traditional-sounding DVS RIOT tunes! Beautifully intricate with a great vocal delivery, bombastic drums, string patterns from hell and a great hooky singalong chorus! The video captures the lyrical story line and the awesome playmenship of the band. I’m really jazzed about this one!” Vocalist Todd Michael Hall adds: “My idea and lyrical content for ‘Heart Of A Lion’ is about Richard The Lionheart. He was known as an incredible warrior and military leader, but he also gave into his weaknesses, much like our leaders of today. Ultimately, his hubris lead to his untimely death.”

Since their legendary debut album “Rock City” (1977), RIOT has released numerous heavy metal classics, including “Fire Down Under” (with classics like “Swords And Tequila“), their masterpiece “Thundersteel” (1988), and the unforgotten “The Privilege Of Power“(1990).

After the death of Mark Reale and the departure of Tony Moore, Todd Michael Hall (from Michigan, USA), completed the line-up of the band, which in the meantime performed under the name of RIOT V under the auspices of the two long term members and main songwriters Donnie van Stavern (bass) and Mike Flyntz (guitar). With the critically acclaimed “Unleash The Fire” (2014), a pure power metal jewel once again underlined the musical importance and influence of the quintet.

Many artists name-check RIOT as an important influence of their musical career and have paid tribute to the power metal godfathers on multiple occasions. The list is long and includes several well-known acts such as HAMMERFALL (Flight Of The Warrior), Luca Trill’s RHAPSODY (Thundersteel), AXEL RUDI PELL (‘Warrior’) and newcomers such as NIGHT DEMON (Road Racin), ALPHA TIGER (Flight Of The Warrior), SAVAGE MASTER (Swords And Tequila) and STALLION (Rock City). 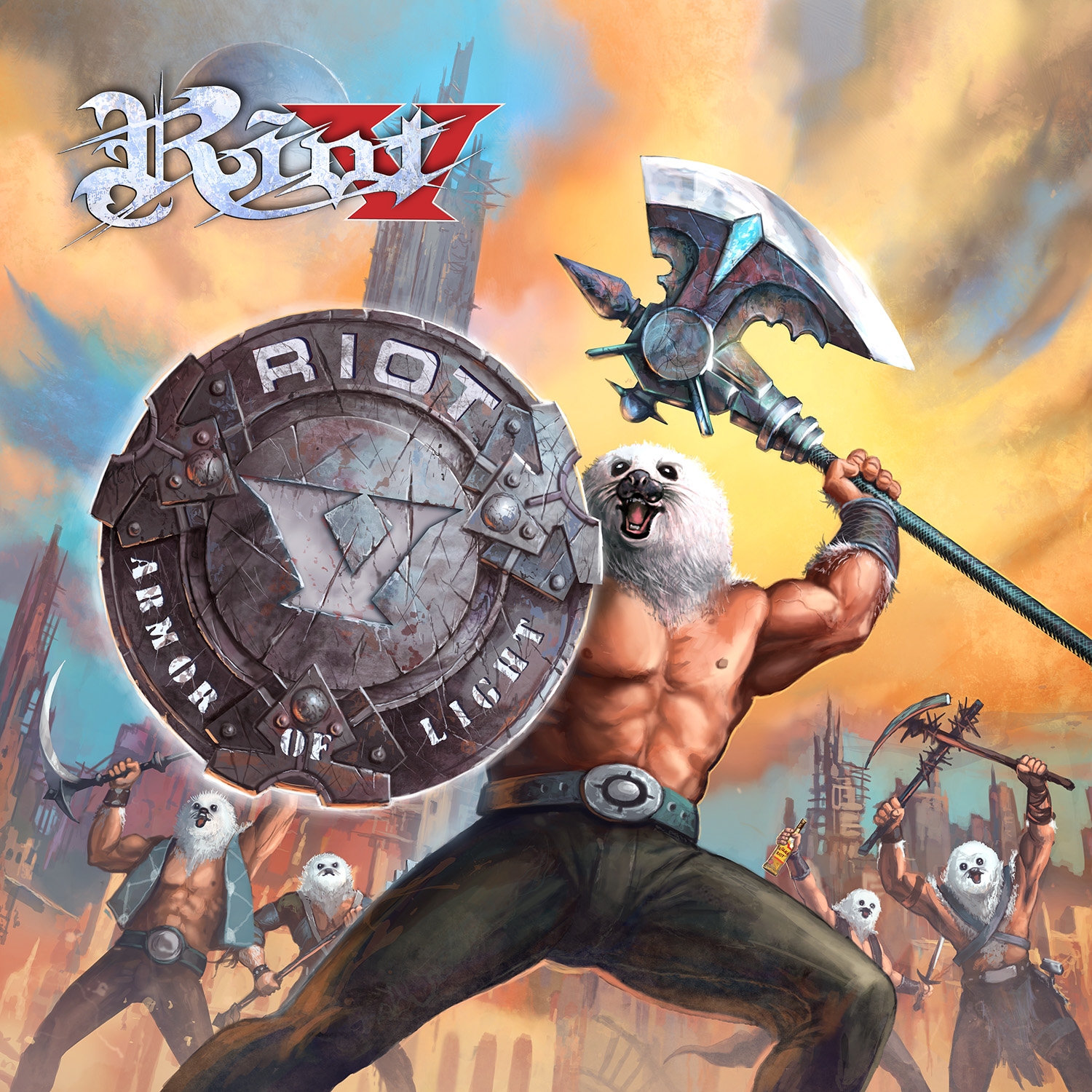 The “Armor Of Light” Album Artwork