Accordion player Sami Perttula comments: “‘Sanaton Maa’ is meant to be a throwback to the ’80s with a folky twist: I wanted to write a classic-sounding mid-tempo hair metal song with a killer chorus that includes all the elements I like to hear in a good song. While listening to this, I can travel back in time on the back seat of an old Honda Accord that was cosmetically fixed with way too much putty and barely worked…. On the other hand, that didn’t matter, because it was also tuned with woofers more expensive than the car. Happy ending!”

Singer Jonne Järvelä chimes in: “All I needed to do after that was add fuzzy dice to it!”

Video director Markku Kirves adds: “‘Sanaton Maa’ is the third Korpiklaani video with the same main character, and this time I wanted to tell something about his profession. In this video, we see a blacksmith with his young apprentice, to whom he is now passing his knowledge. On the way to the smith, the boy sees something stunning under the water. As a warning, man decides to tell him an old legend about what happened at the same spot a long time ago. But does our apprentice really listen…?”

The story behind “Sanaton Maa”: “Folklore tells a story of a young man named Matti plowing a field along a river. When finished, he took the horse to the pen walking past the bathing spot on the river. The men on the other side of the river were making hay and at the same time heard a voice from the water saying, ‘Time has passed but no man has come.’ Matti, having not heard the voice, decided to go swimming. Men on the other side told him he shouldn’t because they had heard such a voice. They said a man from the village had drowned in that place a long time ago. Matti replied that he was not going to swim after all, but was at least going to wash his hands and face. He leaned towards the water, had a heart attack and sank into the water. The legend is known at least in Kaukola and Valkeala.”

Finnish myths and folklore have always had a major influence on KORPIKLAANI’s lyrics. Their new album ”Jylhä” makes no exception and continues this journey with a collection of tales of folklore, nature, celebration and even 3 stories of murder, including the infamous Lake Bodom murders. “Jylhä” can be described as “Majestic” and also as wild & rugged in a strong beautiful way. 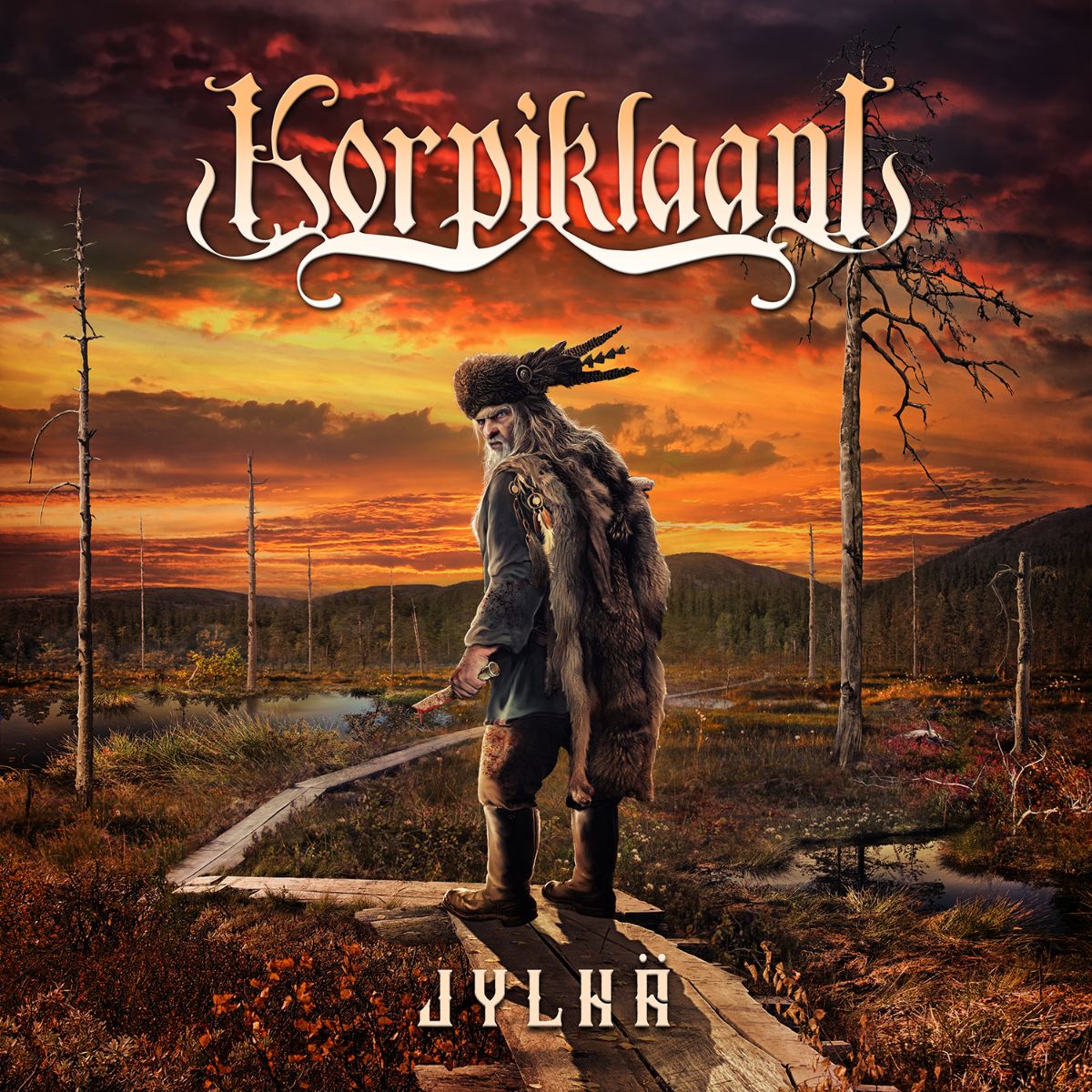 KORPIKLAANI is unique. Their blend of Finnish folk music and heavy metal is like no other. Like traditional folk music that tells tales of joy, heartbreak, and stories of old, KORPIKLAANI brings new life to these tales adding the high energy of rock ‘n’ roll and heavy metal. What you hear on the record is what you hear live; authentic, honest, and a lot of fun. KORPIKLAANI is a natural representation of our journey in this life, bringing music and emotions that can have you dancing all night, to quiet moments of melancholy.

Jonne states: “‘Jylhä’ is not just a battering heavy metal record, it’s also our most volatile full-length album to date. For example, some of the new songs feature energetic punk rock influences and there are even some audible laid-back reggae-rhythms, like our first single, ‘Leväluhta’.”