KIX is celebrating the 30th anniversary of its debut album, Blow My Fuse, with an expanded two disc set on September 21st. Fuse 30 Reblown – 30th Anniversary Special Edition will be released exclusively via PledgeMusic, exactly 30 years after the album’s original release on September 19, 1988. Fans can also purchase special commemorative merchandise including signed copies of the album, t-shirts, pins, and beach towels.

Blow My Fuse features the group’s biggest hit, the power ballad, “Don’t Close Your Eyes,” which reached No. 11 on the Billboard Hot 100 in early 1989. The album achieved platinum sales and peaked at No. 46 on the Billboard Top 200, making it the band’s most successful of their 35-year career.

“We are proud to be celebrating the 30 year anniversary of the biggest album of our lives,” says singer Steve Whiteman “We went from clubs to arenas, a van to a tour bus, and from the U.S. to Japan and Europe. And 30 years later, our fans are still right here with us.” 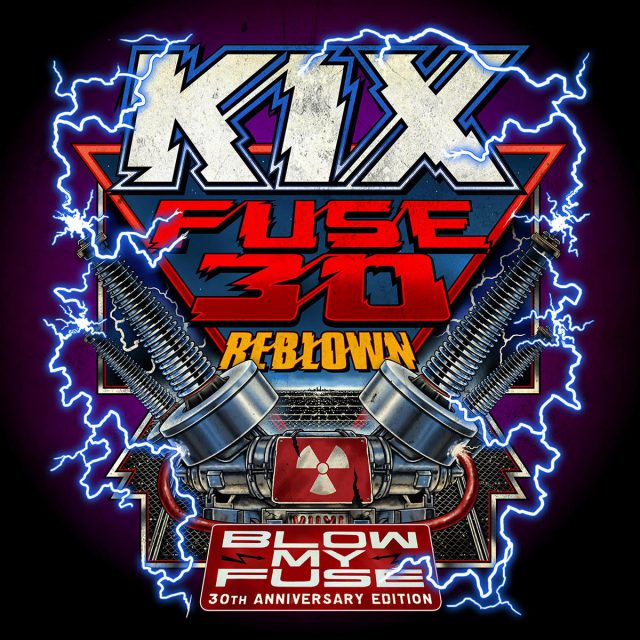