Judas Priest will release its new album Firepower sometime this March, and we’re finally getting a debut single from the effort. The new song  is called “Lightning Strike” and you can check the video released today below.  The British heavy metal legends spent much of 2017 in the studio recording the follow-up to 2014’s “Redeemer Of Souls” with the band’s longtime collaborator Tom Allom, acclaimed British knob-twiddler Andy Sneap (MEGADETH, EXODUS, TESTAMENT, ACCEPT) and engineer Mike Exeter (BLACK SABBATH).

JUDAS PRIEST singer Rob Halford told VintageRock.com about “Firepower”: “It’s great. This is what PRIEST lives for. We’re a hard-working metal band still making the metal forty-odd years later, thanks to our glorious metal fans around the world. So we make music now, obviously, still for our own pleasure and enjoyment, and the challenge of finding a new riff and a new melody is always very… It’s a great feeling,” he continued.

Rob also talked about the process of making the new PRIEST album, saying: “We came off the ‘Redeemer Of Souls’ tour, had a little bit of a break, like we’ve always done, and then we dove straight back into the second record with Richie Faulkner. And it’s Richie‘s moment, really, because when we did ‘Redeemer Of Souls’ with Richie, obviously it was his first time with PRIEST as a writer, so I think it was great how Richie coming into the band at that point, and then going through the writing experience and the world tour together really put Richie in a better place for when we went in to do ‘Firepower’ — just because you learn so much in a band. Richie‘s playing is fucking unbelievable on this album. And just the contribution, I think, as the writing team of Richie and Glenn Tipton and myself. This is some of our best work — without a doubt.”

Rob told “Trunk Nation” that collaborating again with Allom, who produced every PRIEST release from “Unleashed In The East” (1979) through “Ram It Down” (1988), along with several live records since then, has been brilliant and absolutely fantastic. “Tom has a rich history with PRIEST, particularly those great moments with ‘Screaming For Vengeance’, ‘Defenders Of The Faith’ and ‘British Steel’,” he said. “My God — he’s the man in that respect. So I thought it was really great for Andy Sneap and Mike Exeter to accept that this was gonna be like a three-man job, with Andy mostly holding the reins, but with Tom by his side and Mike there as well.” 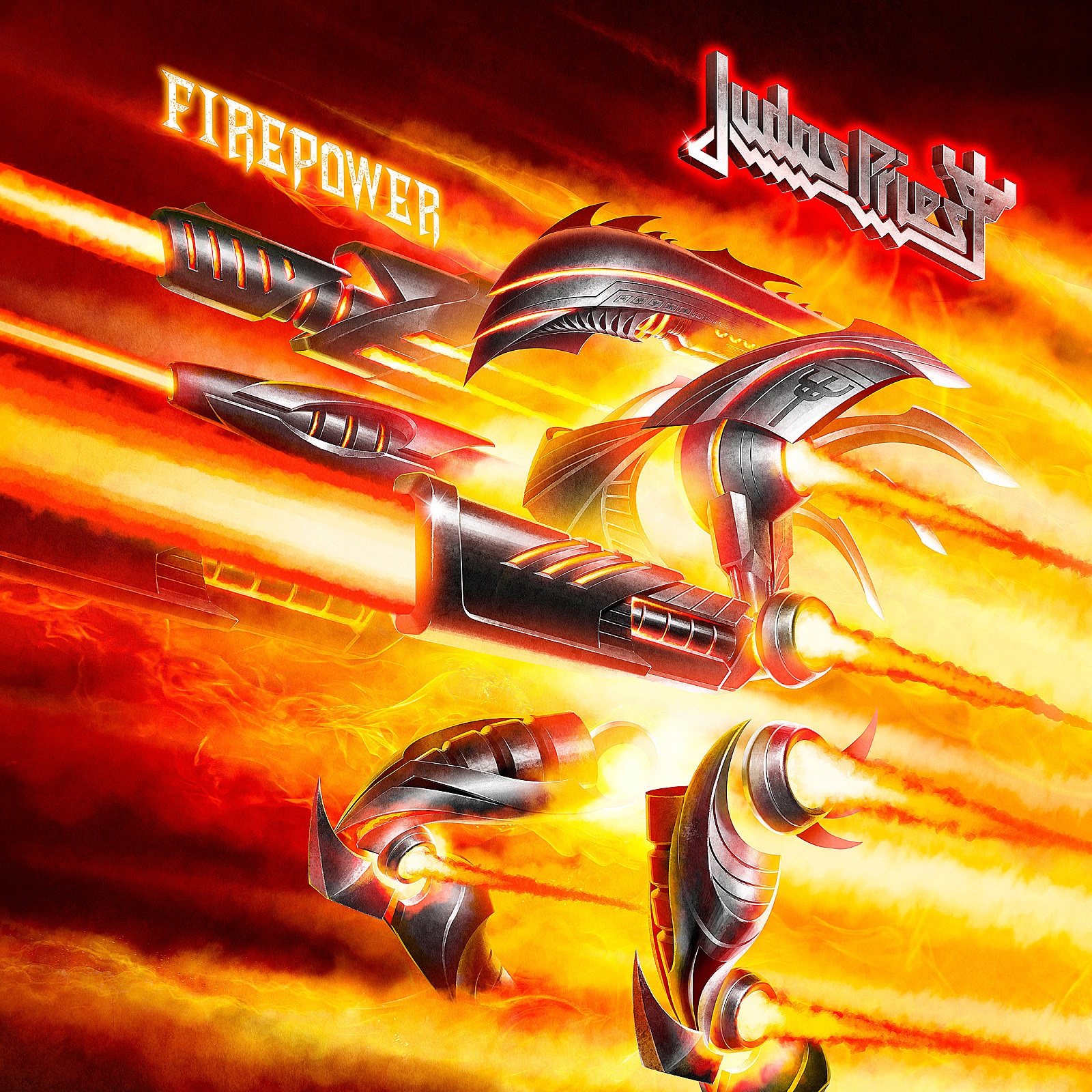 Sneap, who plays guitar in the reactivated British occult metal act HELL, told Serbia’s Hardwired magazine that PRIEST‘s new album will contain a really good energy and some real classic moments. He said Rob Halford did great during the album’s final recording sessions. “I’ll tell you what: for someone who’s got that much experience, there’s no ego there at all,” he said. “We’d do, like, six or seven passes, and I’d ask him to try something a bit different on this part, and he was, like, ‘No problem.’ And he’d give me another four takes with a slightly different vibe. And then me and Tom Allom would sit there and we’d comp it, and we pretty much agreed on everything.”

The North American leg of the “Firepower” tour will kick off on March 13 in Wilkes Barre, Pennsylvania and will wrap on May 1 in San Antonio, Texas. Support on the trek will come from SAXON and BLACK STAR RIDERS. The confirmed tour dates can be found below: