DISTRUZIONE have just released “La Torre della Muda” videoclip, unreleased track from their upcoming new Ep “Inumana”, available from 9th March on LP+Cd (first 100 copies green wax), Cardboard Cd, Digital, on Jolly Roger Records. DISTRUZIONE (Destruction) were born in Parma (Italy) in 1990, emerging from the underground scene thanks to extreme metal with italian lyrics. Their debut, mini album, “Olocausto Cerebrale” out in 1992 on LP format, had enthusiastic reviews everywhere, selling in few months more than 1.000 copies. In 1996, thanks to Omar Pedrini (Timoria) and its agency Omar Gru Sound Vision they recorded debut album “Endogena”, distribuited in Italy by major Polygram, playing live at most important events. In 2000 they signed a deal with Self Records for the album “Pianeta Dissolvenza” and started an italian tour ; their title-track videoclip was broadcasted on TV channels Rock TV and Match Music.

In 2005 for Fuel / Self Records they released “Malicidium” featuring guitarist Enomis (from DARK LUNACY); then the band took a long break, until July 2011… after 6 years of silence, when they started to play live again and worked on an new album self-titled “Distruzione”, out in June 2015 on Jolly Roger Records, celebrating 25 years of activity. After many live-gigs and festivals (also in Europe), reissue edition of debut album “Endogena” in 2016 (Cd and for the first time on vinyl) 2018’s band starts with the new release “Inumana”, EP with 2 new tracks and 3 live tracks recorded during Metal Italia Festival. 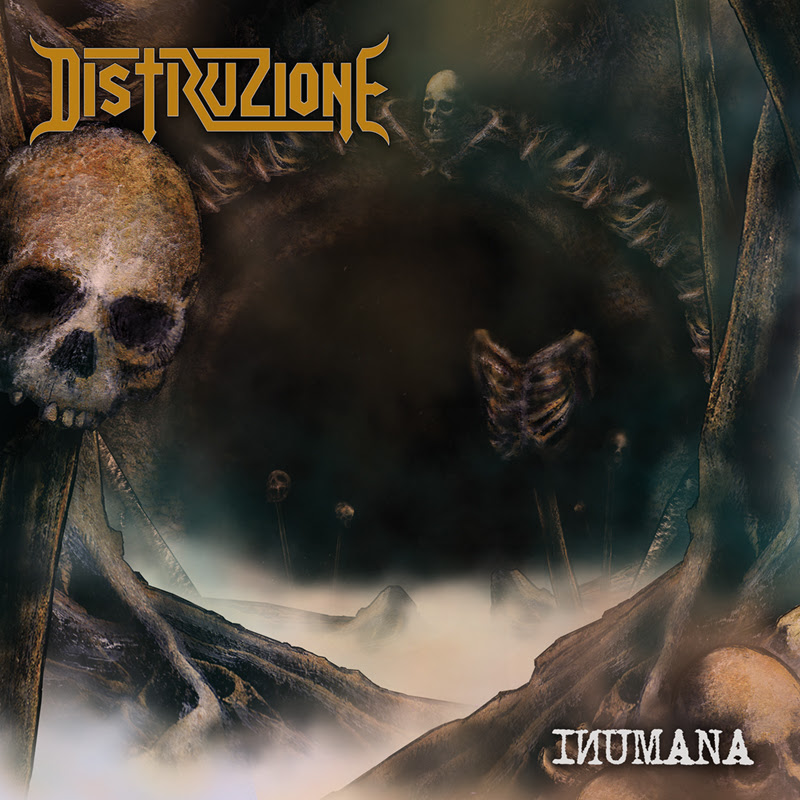 This is the first official recording with new drummer Emanuele Collato, already with DEATH MECHANISM and BULLDOZER. This release is anticipated by the videoclip of the track “La Torre della Muda”, – which can be seen below – produced by Axel O’ Mill, winner of the prestigious GOYA Award.