Faith No More will return to the road next summer, announcing what will be the band’s first European performances in five years: Hellfest (June 20), Sunstroke (June 13) and Tons of Rock (June 26), with more European festival performances to be announced soon.

“Five years, four colonoscopies, two root canals and a handful of prostate exams tell us that it’s time to carpe diem our asses back to Europe asap,” said the band, collectively.

FAITH NO MORE initially reunited for touring purposes in 2009, twelve years after issuing its previous studio set, “Album Of The Year”, and followed that up with the aforementioned “Sol Invictus”.

The band last played in Europe in June of 2015, following the May 2015 release of “Sol Invictus”. The collection debuted atop the international sales charts: #2 in Australia, #4 in Germany, and #6 in both the U.S. and UK. Rolling Stone dubbed the 10-song album “triumphant”, the New Yorker called it “a reminder of everything that made Faith No More great in the first place,” and the Los Angeles Times said, “Faith No More has a history of defying expectations, and that’s what it’s doing again with Sol Invictus.”

Last year, keyboardist Roddy Bottum said that he had been making new music with his FAITH NO MORE bandmates Mike Bordin and Billy Gould. 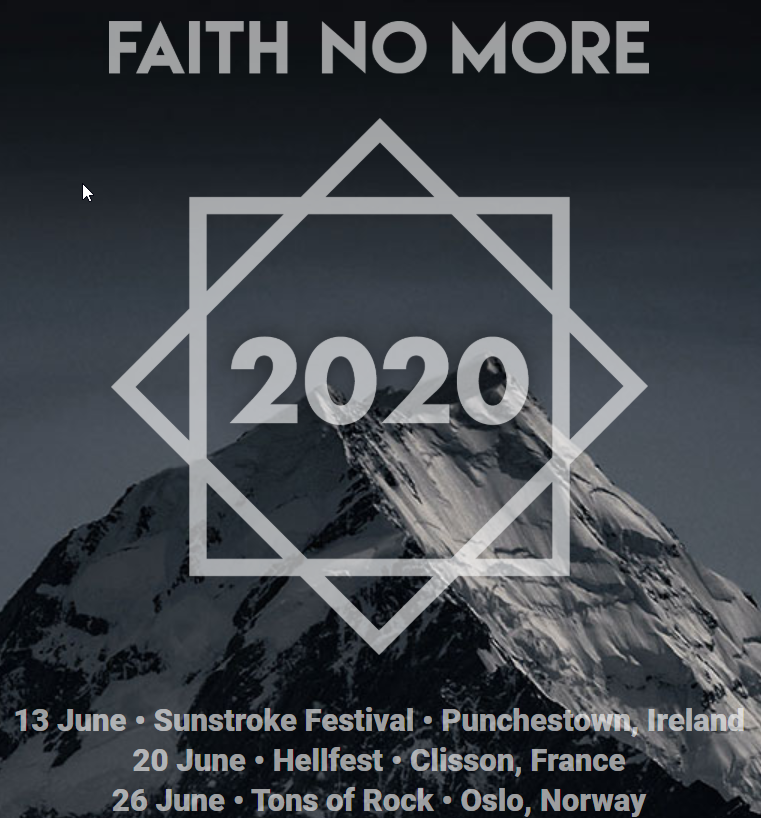