Recently, alumni John Petrucci ’86 (guitarist) and wife Rena (who recently completed her Berklee online Advanced Guitar Certificate) visited Berklee to tour the production and music studios of the college. This trip was the couple’s first time back to the campus since their son Reny graduated in 2018. While there, they met with Berklee President Roger Brown and discussed the founding of the Dream Theater Scholarship.

“Dream Theater has been a tremendous influence on the progressive metal scene, achieving worldwide success for their dedication to excellence in music,” said Brown. “The Dream Theater t-shirt has been the most popular item of apparel on our campus for years, and many students have chosen to come to Berklee as a result of the band’s legacy. We are so appreciative of Dream Theater’s support.”

Dream Theater was formed while John Petrucci and John Myung (bassist) and former drummer Mike Portnoy were students at Berklee 35 years ago. Throughout their successful career, Berklee continues to hold a special place in their lives. Current drummer Mike Mangini was a drum professor at Berklee for 11 years before leaving to join the band in 2010. 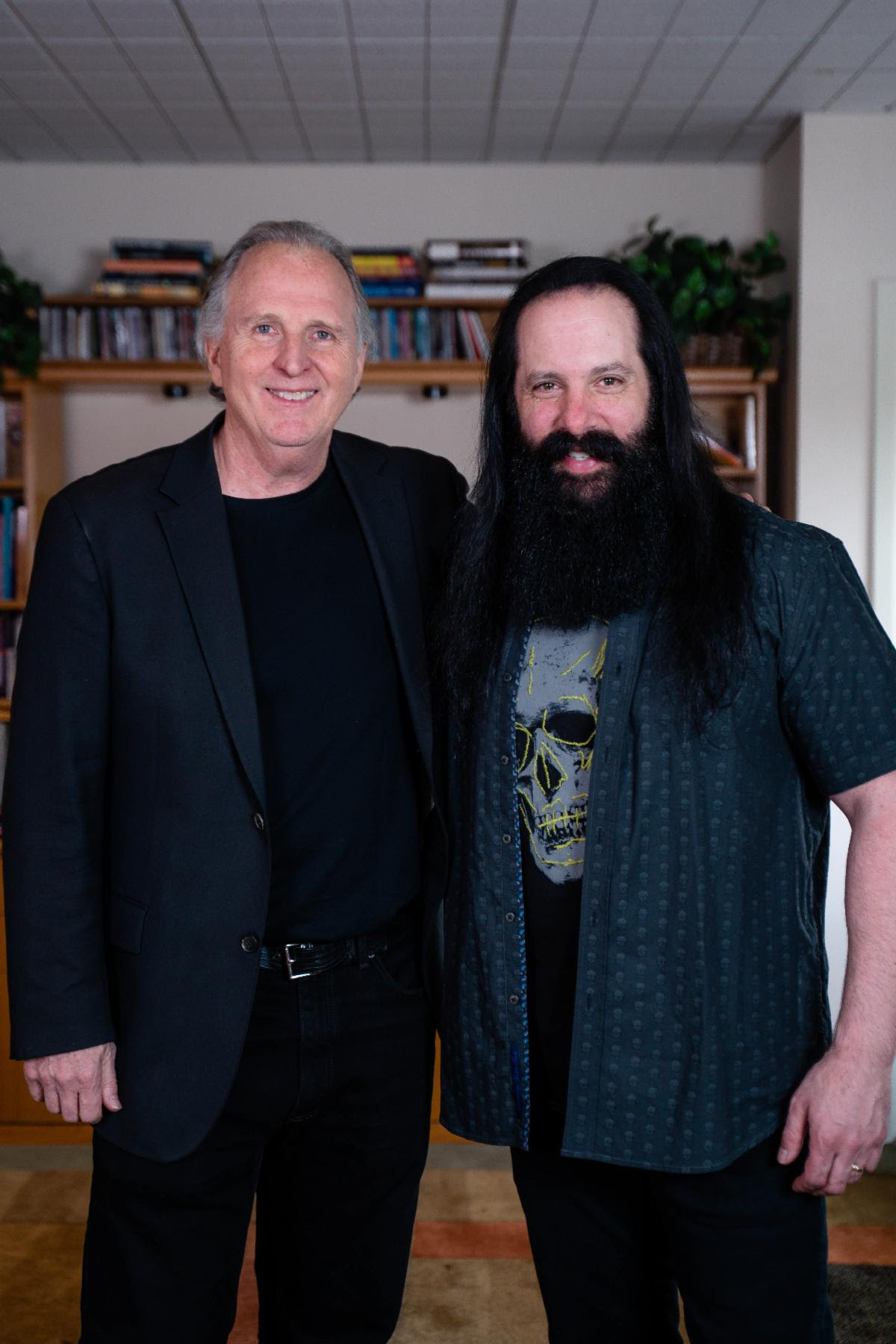 In 2014 at Dream Theater’s Boston Opera House Concert, the band performed student Eren Basbug’s own arrangements after Dream Theater keyboardist Jordan Rudess found the student’s arrangement of the group’s album “Six Degrees of Inner Turbulence” on Youtube. The band contacted Basbug and asked him to work on a new composition. This led to a performance of the piece, accompanied by the Berklee Orchestra and Berklee Concert Choir, with Basbug conducting at the historic Boston Opera House. The live album/video from the concert reached #1 on Billboard in November 2015.