THE DEAD DAISIES will release their new album, “Burn It Down”, on Friday, April 6 via Spitfire Music/SPV. “Burn It Down” is a muscular tour-de-force, a tornado of pounding drums, pulverizing bass, screaming guitars and in-your-face raw vocals. Evoking the best of ’70s rock with moments of Birmingham’s finest, blended with the early works of Boston’s best, “Burn It Down” will do just that: burn down everything in its path until there is nothing left standing.

Recorded in Nashville with Marti Frederiksen at the helm, “Burn It Down” — THE DEAD DAISIES‘ fourth album — was completed in December with Anthony Focx once again handling the mix and mastering legend Howie Weinberg adding his magic.

Frontman John Corabi (MÖTLEY CRÜE, THE SCREAM) states about the new CD: “I’m extremely excited about our new record. It was a pleasure to once again work with Marti Frederiksen and the band on what I believe is the next great step in THE DEAD DAISIES journey. This is a balls-out old-school rock record! Enjoy it, and see you all on our massive 2018 world tour!“. Guitarist Doug Aldrich (WHITESNAKE, DIO) puts it quite simply yet to the point: “The new DAISIES album will melt your face! It is raw and in-your-face with a whole new sound!”

With the band eager to get on the road and in true DAISIES fashion, the band announced the first of many “Burn It Down” tour dates slated for 2018 right before Christmas with fans turning out in droves at the on-sale date. Many more dates are to be announced including the band’s highly anticipated return to Japan, North America, Mexico and South America! 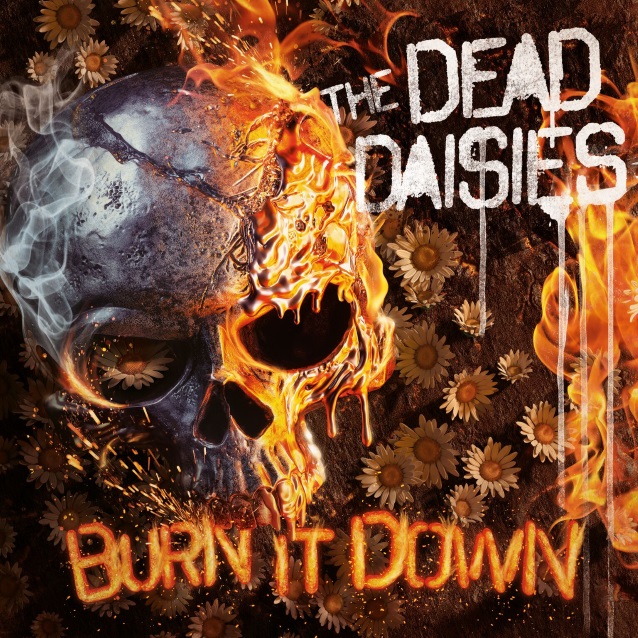 “Burn It Down” Album Cover

“Burn It Down” track listing:

The album will be released in the following formats:

Former JOURNEY drummer Deen Castronovo joined THE DEAD DAISIES last November. Castronovo was a member of JOURNEY from 1998 to 2015. He has also played also played drums with Ozzy Osbourne and Geezer Butler, as well as with Steve Vai and Paul Rodgers. Deen and DEAD DAISIES guitarist Doug Aldrich previously collaborated in REVOLUTION SAINTS, whose second album, “Light In The Dark”, came out in October.  THE DEAD DAISIES‘ current lineup is completed by founder/guitarist David Lowy and bassist Marco Mendoza (THIN LIZZY).