Boosted by the success of their 2017 debut, “Letters To Myself”, modern melodic metal high-flyers CYHRA are using that momentum and pushing forward with a new album – the sophomore “No Halos In Hell” will see the light of day on November 15th via Nuclear Blast.

Founded by vocalist Jake E (ex-AMARANTHE) and guitarist Jesper Strömblad (ex-IN FLAMES), CYHRA has gone from being reminiscent of the duo’s former bands to having a unique identity. In fact, “No Halos In Hell” is one of those rare albums that defies being neatly placed in a genre box; coming out heavy and dynamic, the record is loaded with melodic vocal hooks that stay nailed to the brain for days, achieving maximum impact throughout. Fusing a relentless energy and heaviness the best way possible was CYHRA‘s main focus this time out.

The addition of guitarist Euge Valovirta (ex-SHINING) as a full member has raised the creative process to a level where, according to Jake E, “Everyone is playing to the point of what is best for the song.”

Now, the day has finally come for the band to unleash a music video for their first single and lead-off track “Out Of My Life”. Prepare for trouble and check out the new clip, directed by Swedish mastermind Patric Ullaeus below.

“No Halos In Hell” will be available as 2 CD digipak, black vinyl or download on November 15th and you can pre-order the format of your choice here. Produced by Jacob Hansen and co-produced by the band’s very own Jake E, the album is filled with 12 live-oriented songs, ensuring maximum catchiness. The full track-list reads as follows: 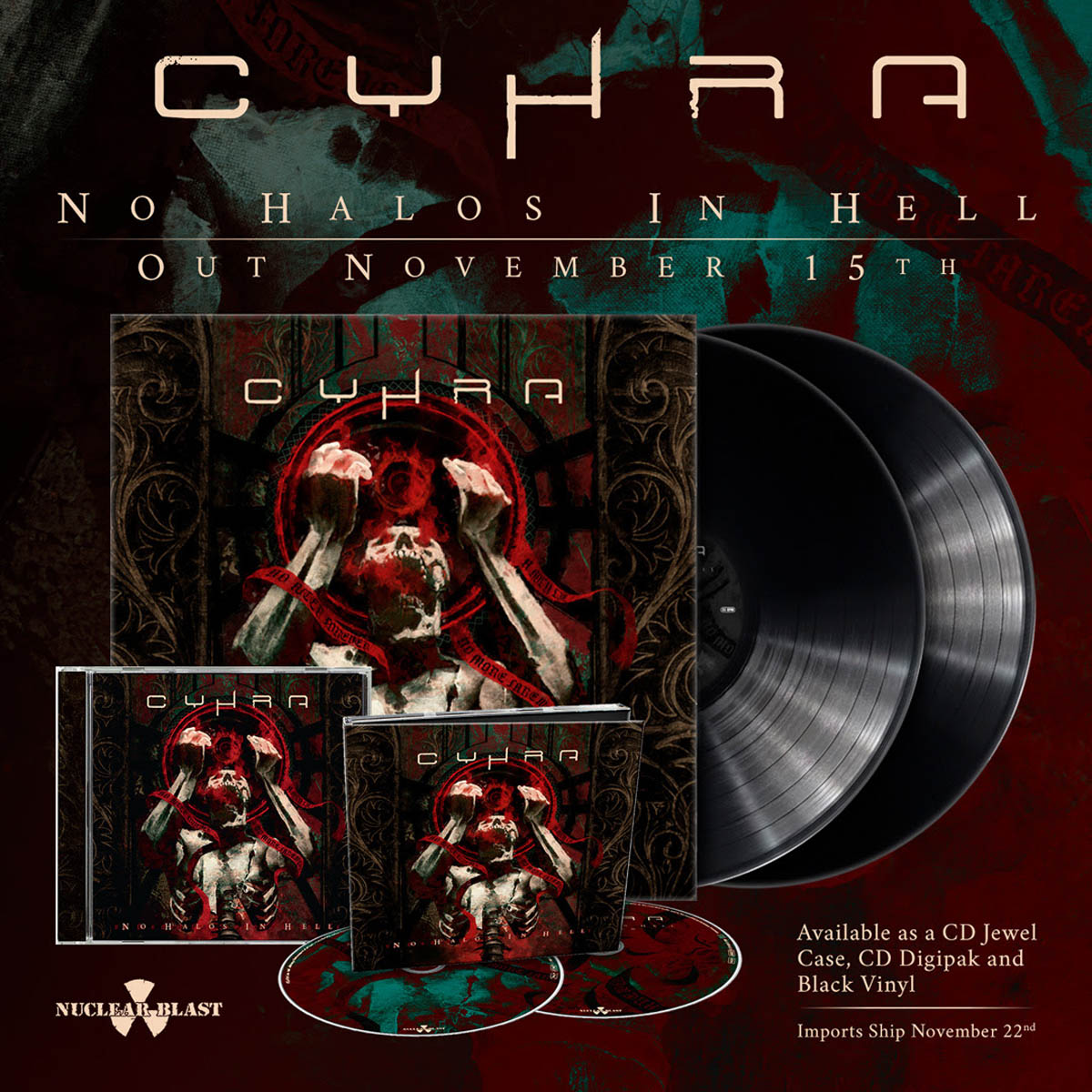 “No Halos In Hell” Track-listing:

The bonus CD included in the limited digipak includes 6 additional songs among 3 of them being exclusive acoustic versions.