“Scream For Me Sarajevo”, a documentary telling the story of a 1994 concert given by IRON MAIDEN singer Bruce Dickinson while the Bosnian War was raging and Sarajevo itself was under siege, will be released on June 29 on DVD, Blu-ray and digital via Eagle Vision. In addition, the music from the film is being released on CD/double LP via BMG. The astonishing story of the most unlikely of rock concerts, performed by Bruce and his band Skunkworks in 1994, when risking their lives, they were smuggled into the besieged city to play a concert for its citizens amidst the chaos of war. 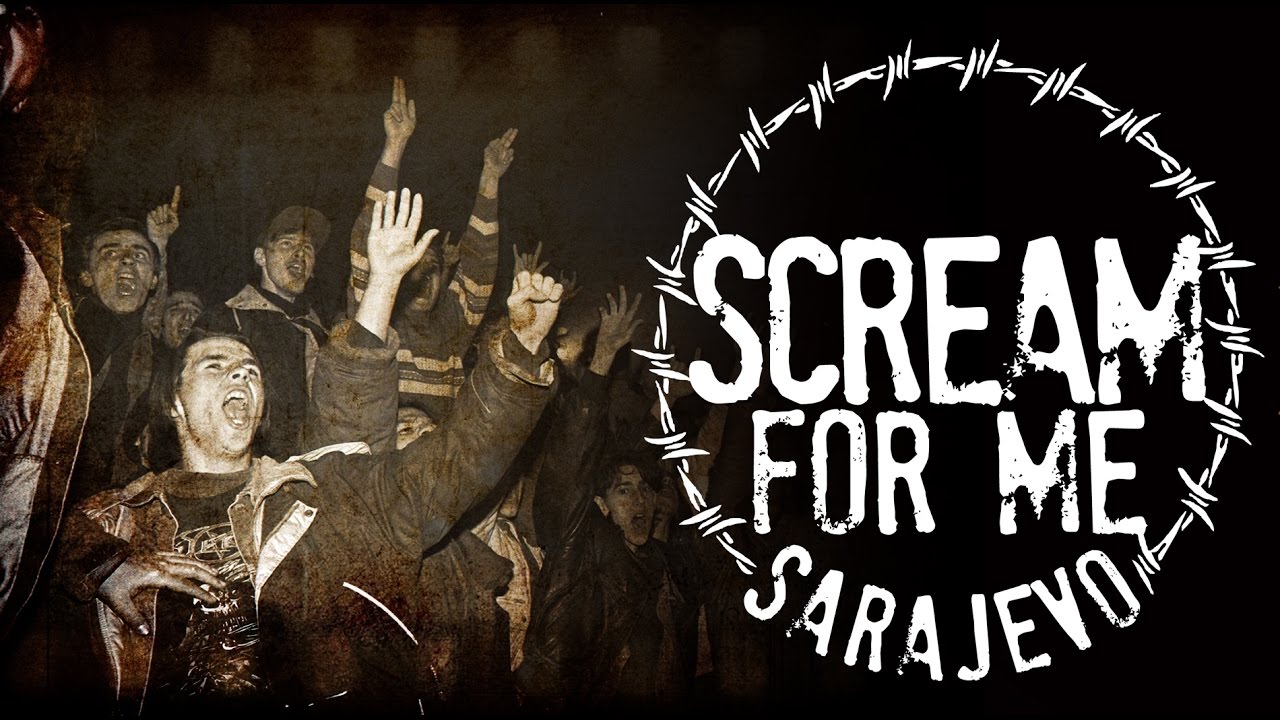 The first time Dickinson was in Sarajevo, the city was cut off from the world, its citizens brutally terrorized by shooting, bombing and starvation with electricity and water supply being nothing short of a luxury. Bruce and his then-solo band drove through the frontlines and ultimately played a show for the people trapped in the city. What this gig meant to the people and how it changed Bruce and his band is told in “Scream For Me Sarajevo”.

Featuring footage from the historic gig, the film also meets those that made it to the show and made the show happen; determined to keep living their lives despite the atrocities going on around them. The footage reflects a thriving underground arts community making music in the face of devastating loss, and the huge impact the concert had on the people of Sarajevo at a time when they thought they had been forgotten by the rest of the world. Interviews with the band, crew and security bring home the reality of the situation that was not only dangerous, it was barbaric.

“We weren’t protected, there was no plan and the bullets were real, but fuck it, we went anyway,” said Bruce in his autobiography “What Does This Button Do?” “The gig was immense, intense and probably the biggest show in the world at that moment for the audience and for us. That the world didn’t really know didn’t matter. It changed the way I viewed life, death and other human beings.”

In addition to the feature film, a specially recorded interview with Dickinson will be included as exclusive theatrical-only content in participating theaters. Scream For Me Sarajevo the film and album is now available to pre-order exclusively via PledgeMusic at this location.