Long-running Birmingham, U.K.-based extreme metallers Benediction will release their new album, “Scriptures”, on October 16 via Nuclear Blast. The disc was produced by Scott Atkins at Grindstone Studio in England and will be released digitally, on CD and in various vinyl formats. The official music video for the disc’s first single, “Rabid Carnality” can be seen below.

According to a press release, “Scriptures” “sounds 100% like Benediction: they blend death metal with a ‘fuck-off punk rock attitude’, heavy metal riffing and a groove that hardly any other band can capture. Dave Ingram‘s signature growl and powerful lyrics enhance the tonal framework that makes their sound so distinctly Benediction. As usual the tracks vary from slow and heavy to fast and intense, from shorter, in your face rippers to crushing monoliths”

“The artwork fits perfectly to Benediction and awakens and will resonate with any devoted old-school death metal fan. It was created by Birmingham artist Simon Harris and is reminiscent of the iconic artwork of their early output. There’s no doubt that it will fit in perfectly to every vinyl collection next to ‘Subconscious Terror’, ‘The Grand Leveler’ or ‘Transcend The Rubicon’. All in all, ‘Scriptures’ is an album of bare bones death metal, where everything is just as it should be. A jewel in the catalog of a band that has been present from the very beginning and, in line with one of their most classic songs ‘We Bow To None’, has always remained true to themselves and their fans.”

This past January, Benediction was forced to postpone its previously announced South American tour as a result of “serious health problems” suffered by Ingram, who rejoined Benediction last summer. His return to Benediction came two months after the departure of the band’s previous singer, Dave Hunt. Hunt‘s schedule had become increasingly congested with his commitments to both Benediction and Anaal Nathrakx, as well as his relentless studies for his PhD. Therefore, Dave decided to vacate the role in Benediction he commanded for over 20 years. Ingram first joined Benediction in 1990, just before the band began writing its second album, “The Grand Leveller”, and left in May 1998. 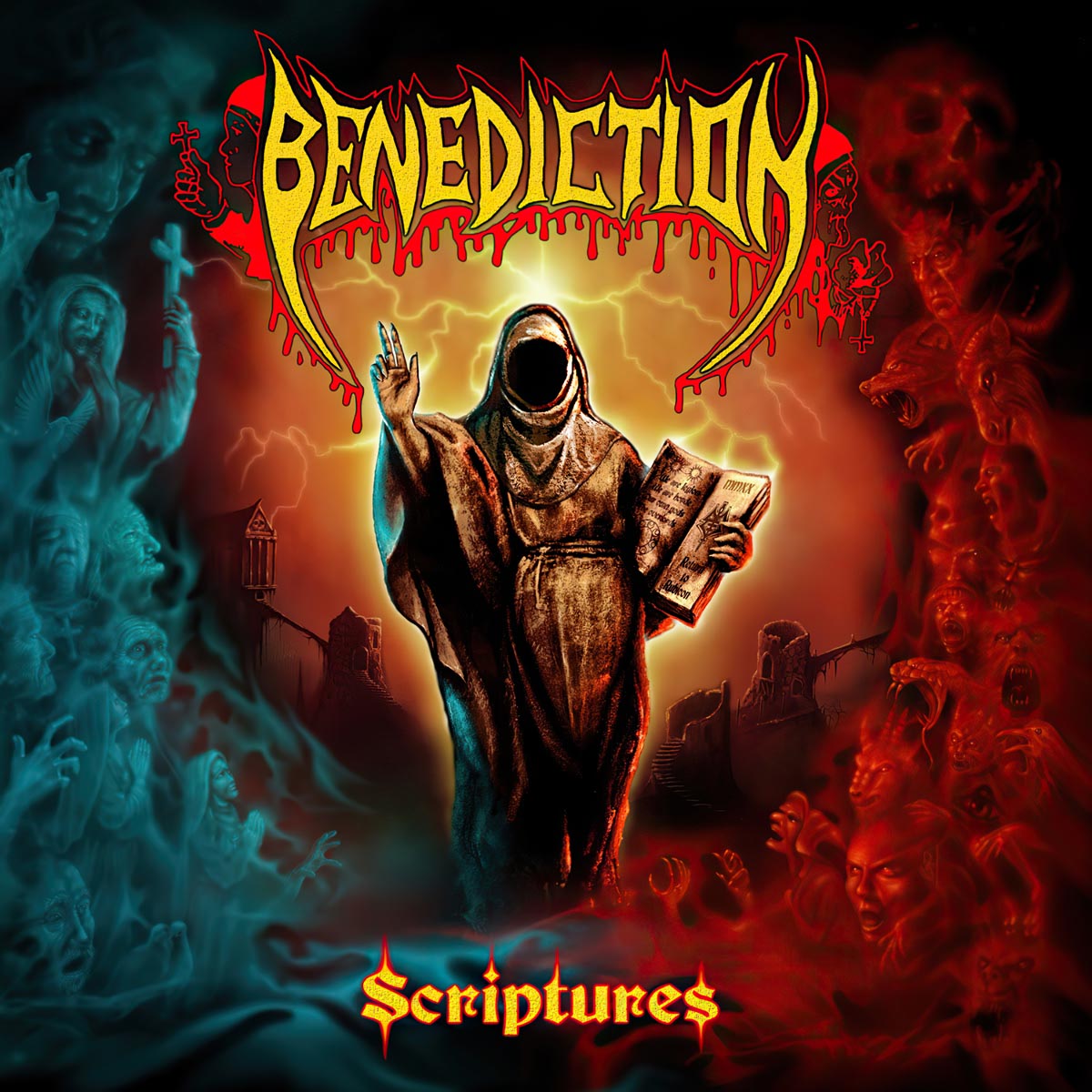 Mark “Barney” Greenway was the lead vocalist on Benediction‘s debut album, “Subconscious Terror”, which came out in 1990. Shortly after the LP’s release, he exited the band to join NAPALM DEATH.

Pre-order your copy of “Scriptures” here.