AYREON will release a brand-new sprawling and epic studio album, “Transitus”, on September 25 via Music Theories Recordings. The LP will be available on 2CD, 2LP gatefold red transparent vinyl and a 48-page Earbook which includes five discs; 2CD album, 1CD instrumental versions, 1CD guide vocal versions, and a DVD with bonus footage which includes a behind the scenes video, a video-clip, trailer and a 5.1 audio and hi-def stereo mix of the album. The release will be accompanied by a 28-page graphic novel which will be included in the Earbook as well as the 2LP. The album can be pre-ordered at this location.

Ahead of release, AYREON has unveiled two new songs from the album, “Get Out! Now!”, which features Dee Snider (TWISTED SISTER) and Joe Satriani, and “Hopelessly Slipping Away”, which features Tommy Karevik (KAMELOT) and Cammie Gilbert (OCEANS OF SLUMBER).

Speaking about the new tracks, AYREON mastermind Arjen Lucassen explains: “Welcome to the colorful world of.. Transitus! Finally the time has come to present you the very first full singles and lyric videos of the new AYREON album ‘Transitus’. Yes… singles, plural! This album is incredibly diverse so I really couldn’t choose just one track because I wouldn’t want people to get the wrong impression of the overall mood of the album. So we decided to make a video for both an atmospheric track ‘Hopelessly Slipping Away’ and a rocky track ‘Get Out! Now!’

“‘Hopelessly Slipping Away’ features Tommy Karevik and Cammie Gilbert on vocals. It’s a haunting track with analog synthesizers and violin, and it slowly builds to an epic climax with marching snares. In this video we see the ghost of Daniel (Tommy) hopelessly trying to reach out to his beloved wife Abby (Cammie) who clearly feels his presence but can’t see or hear him”

“The track ‘Get Out! Now!’ is a straightforward and energetic rock track with powerful drums, bass, guitars and Hammond organ. It features the illustrious Dee Snider (TWISTED SISTER) and Tommy Karevik on vocals, and none other than the legendary Joe Satriani plays a blistering guitar solo. In this story Daniel‘s intolerant father (Dee) banishes Daniel (Tommy) from his estate for having a forbidden affair with their servant Abby.” 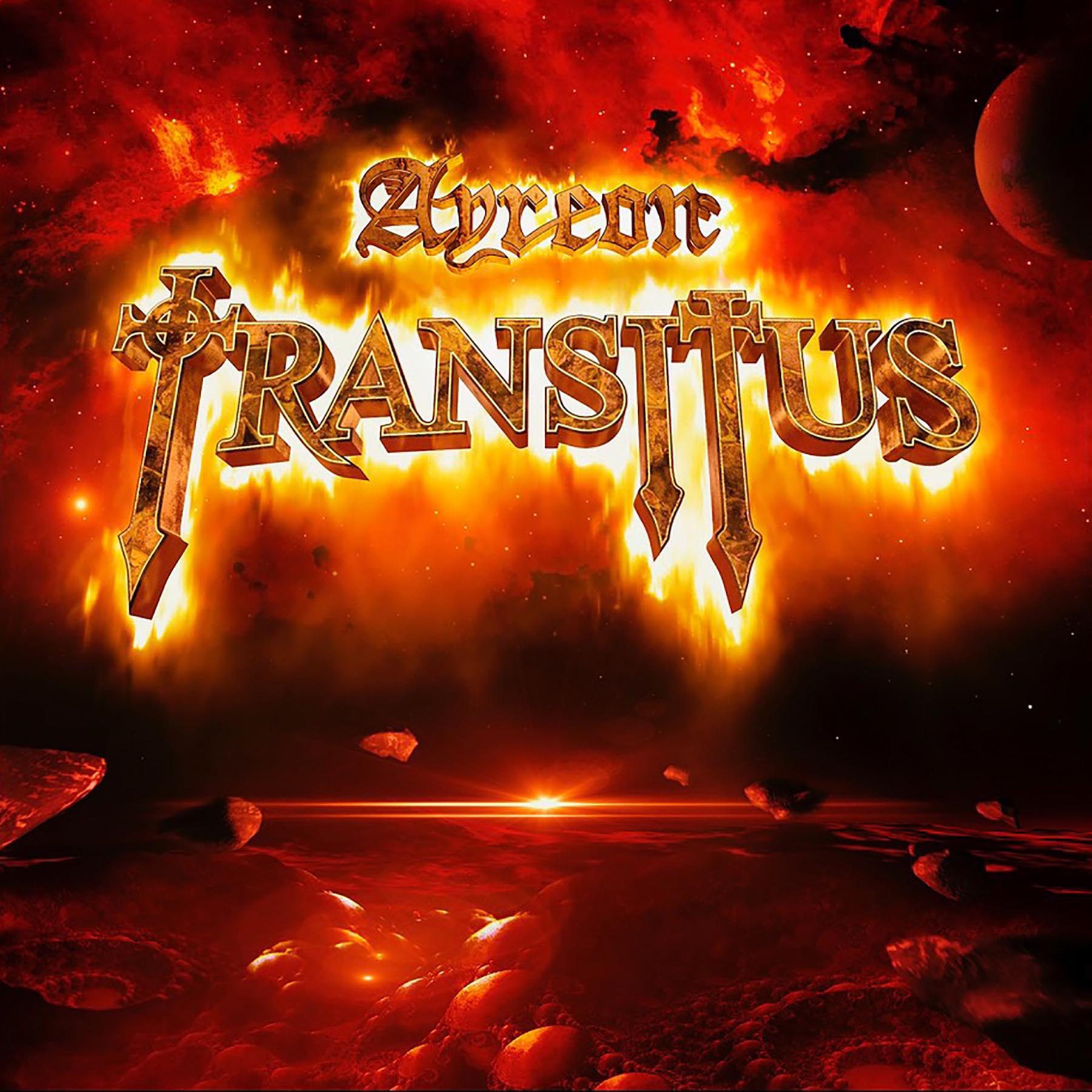 “Transitus” is built around an entirely new story, not connected to the AYREON universe although as always it does have some subtle links. The sci-fi theme makes way for a gothic ghost story set (partly) in the 19th century with elements of horror and the supernatural. It’s on a dark thunderous night where our story of Abby and Daniel begins. The album is narrated by one of the most iconic and recognizable voices in sci-fi history, most known from his eight-year stint as Doctor Who, Tom Baker.

“I was looking for a real storyteller with a mature, deep, warm voice,” Arjen says. “As a kid, I was a huge Doctor Who fan and my favorite doctor was Tom Baker. I couldn’t believe my luck when he agreed to do it! We went to the U.K. to record him, and it was one of those unforgettable experiences.”

“When I started this, I just had no idea that it was going to take me this long! It took about three years from start to finish, and it pushed me out of my comfort zone musically and creatively. But I always need that challenge, the harder it is, the more fun for me to work on it!” comments Lucassen.

Through all the extravaganzas that flow through his discography, “Transitus” is Lucassen‘s most ambitious work yet. “This is without a doubt the most cinematic and outrageous album I’ve ever done,” he affirms.

Continuing, he adds: “I always start with finding singers first before I write the vocal parts, because I write the parts specifically for their vocal strengths. Because I was going for a theatrical feel for this album, this time I picked the singers not just because they are amazing singers, but because they had a certain charisma and were able to act.”

“Transitus” is accompanied by an amazing graphic novel drawn by the renowned artist Felix Vega.“Because AYREON’s music is so visual, I’ve always wanted to do an AYREON graphic novel/comic book,” Lucassen says.

Reflecting on the approach to “Transitus”, he says: “I love my last AYREON album ‘The Source’. I often say that it sounds so much like AYREON… if someone else would have released it I could have sued them for copyright infringement and won easily! But ‘our genre’ is called progressive, which for me means breaking new ground and experimenting musically. So in the true prog spirit, I set out to try something entirely different than a ‘typical AYREON‘; I wanted to do something more theatrical, almost like a musical.” 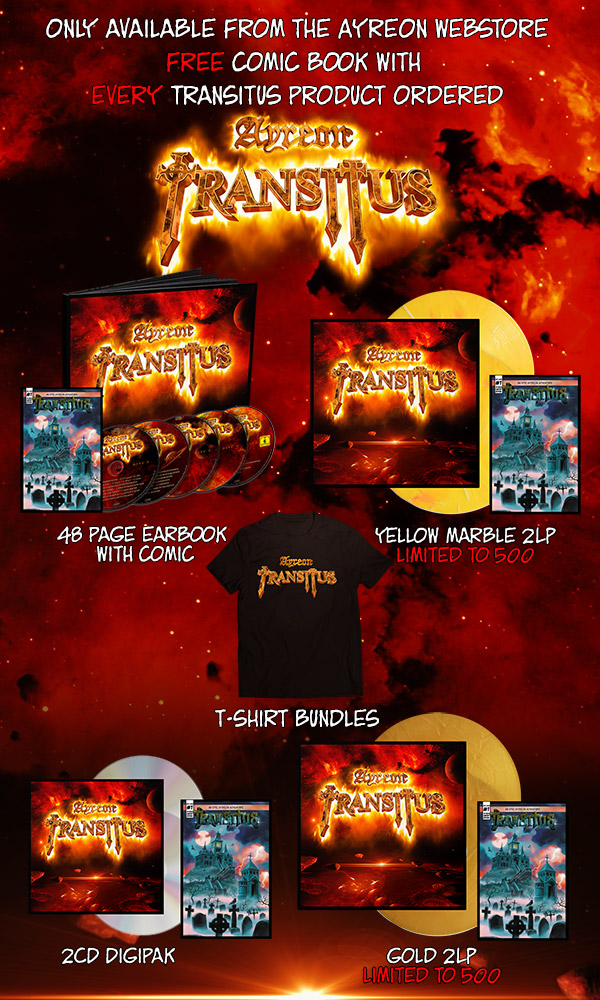