The figures speak for themselves: more than 1.7 million albums sold worldwide, 2.6 million streams for the top 10 predecessor “Knights Call” (2018). Now AXEL RUDI PELL is about to release “Sign of the Times”, his 18th studio album in 31 years. But not quantity matters – it’s the quality that counts.  His consistency enjoys more and more respect and appreciation within the hard & heavy community. Not every time, but with increasing frequency you hear the term ‘cult‘ when it comes to AXEL RUDI PELL. Being the man that he is, he cannot rely on that idea, but “if someone is that successful over such a long period of time, he might as well deserve it.” The 59-year-old knows what he’s capable of, he is still able to surprise himself, like on “Sign of the Times”. “I don‘t know why, but this time I finished the songs at least a month ahead of my deadline.”

With the double bass assault “Gunfire”, PELL has delivered  the best opener of the last ten years or so; “Bad Reputation” is one straightforward  melodic rocker; the mighty epic title track was created in a pretty unusual way during a sound check on the last tour; the up-tempo track “The End Of The Line” impresses with a long, but undisputedly catchy chorus, and the ballad “As Blind As A Fool Can Be” is as touching as ever. But the second part of the album is the most interesting and surprising because PELL breaks with his own traditions several times: “Wings of the Storm” is a modern-day homage to the Coverdale/Hughes-led line-up of Deep Purple, but delivered in Jimi Hendrix style. The intense “Waiting For Your Call” sees one of Gioeli’s best vocal performances, while the Reggae intro on “Living In A Dream” left his  band-mates in awe. “Into The Fire” ends the album in the typical, well-known epic PELL way, but is shorter than on the previous efforts. That is one of the differences: the solos are not over the top, but song-orientated and much more melodic, there is no hint of a lack of quality on the whole album.

And you can tell that AXEL RUDI PELL is still able to surprise himself and his fans. What more could you ask for when it comes to a decent birthday present? AXEL RUDI PELL is turning 60 in June. There is no better way to celebrate life, right? Watch the sign of the times! 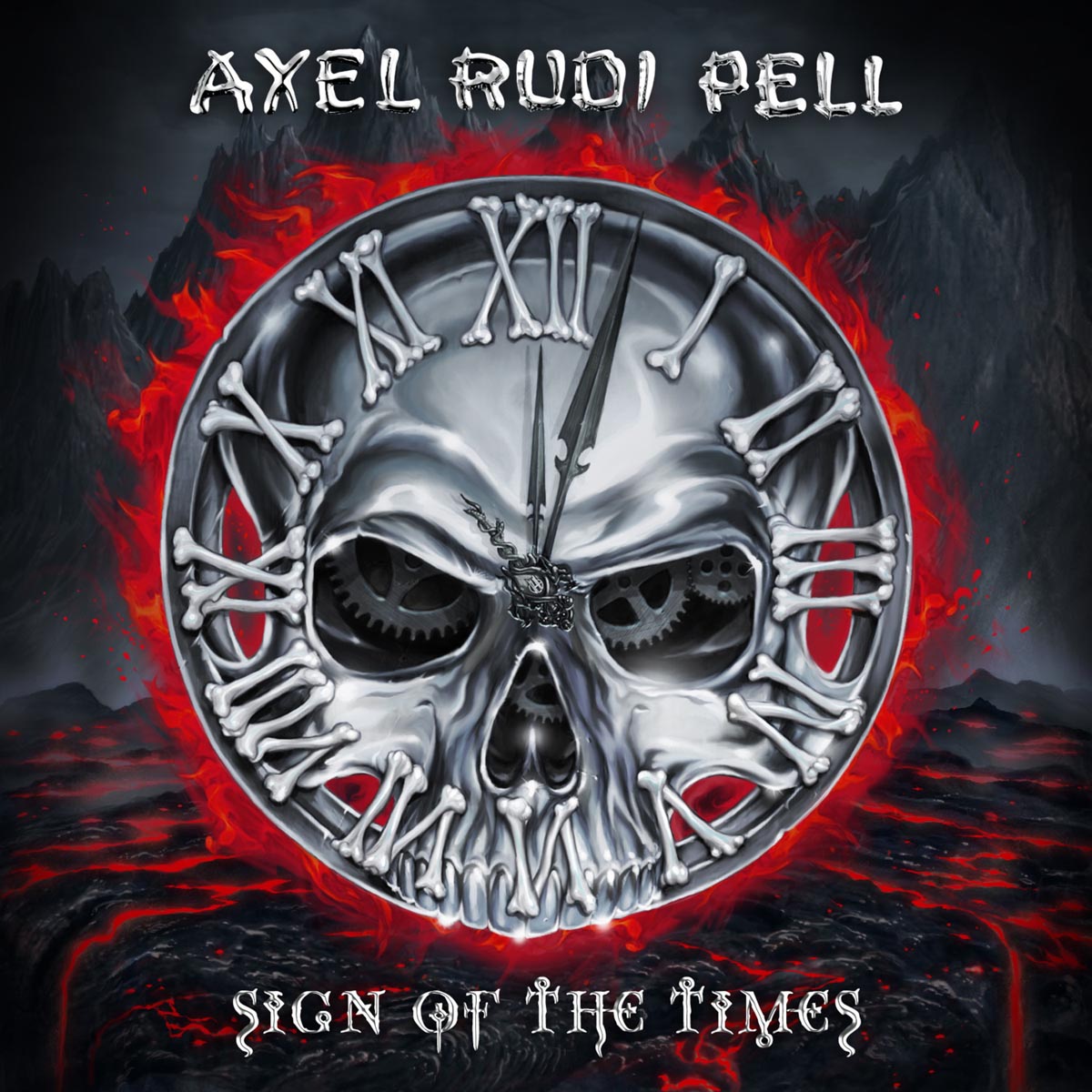 
“Sign Of The Times” will be released on April 24th, 2020 through SPV/Steamhammer in the following configurations: