AUGUST BURNS RED has been playing SYSTEM OF A DOWN‘s “Chop Suey!” before taking the stage at its always-packed live shows for several years now. Today, the band has dropped its official cover of the song. They have put a very AUGUST BURNS RED spin on the beloved ’00s track. The original video for SYSTEM OF A DOWN‘s “Chop Suey!” just crossed a billion views, so there’s no time like the present for this cover to arrive.

“After years of playing ‘Chop Suey!’ over the PA system right before we took the stage at our shows, we decided to take a crack at the song ourselves,” says guitarist JB Brubaker. “This is truly one of the most legendary rock/metal songs of all time and it was so much fun to cover. I’m especially proud of our singer Jake and our bassist Dustin. We haven’t done much clean singing in our music and this song showcases our vocalists in a whole new way.” 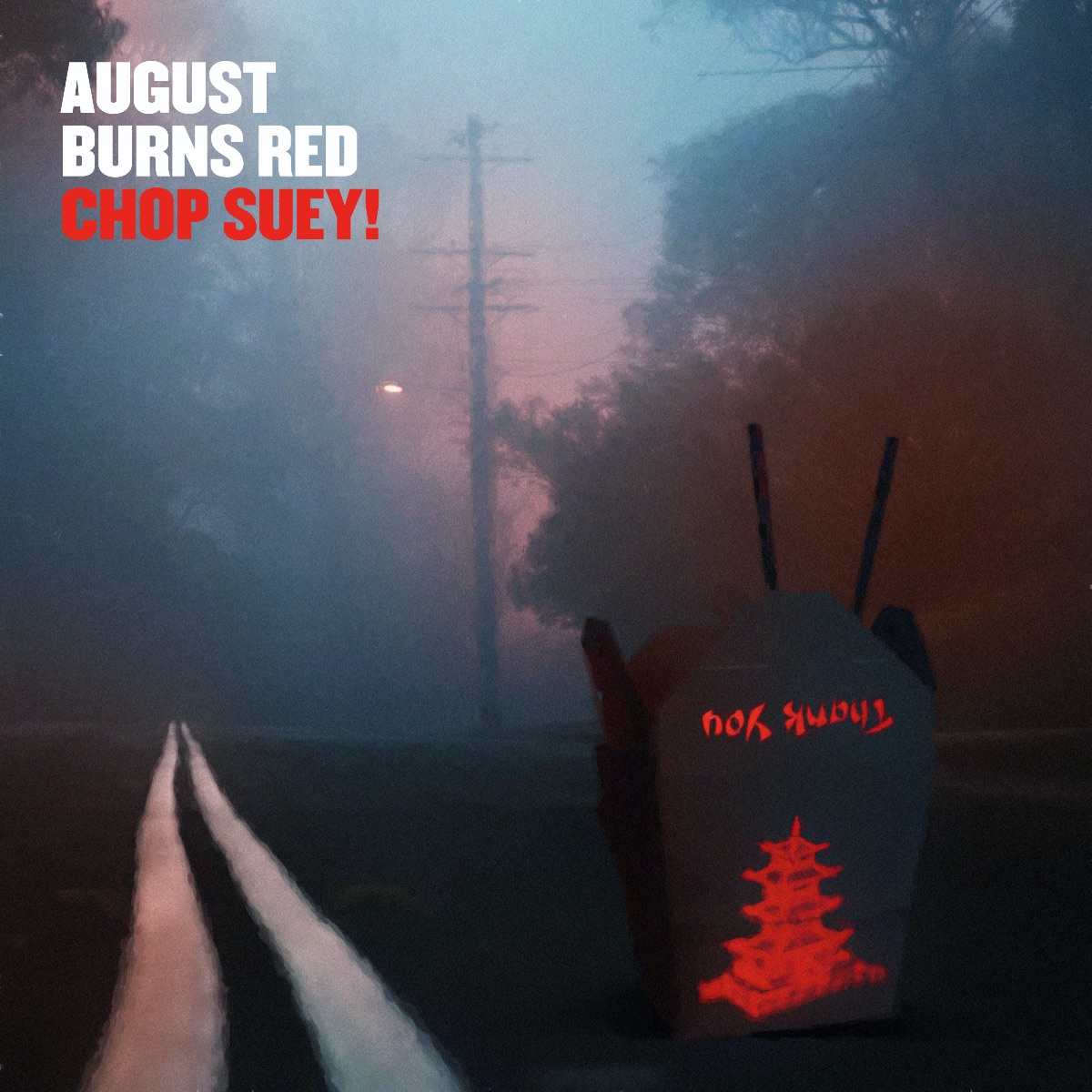 AUGUST BURNS RED ‘s latest full-length, “Guardians”, is out now through Fearless Records. The album debuted at No. 1 on the Billboard Hard Music Albums chart, the Rock Albums chart, and the Vinyl Albums chart upon release. ABR also graced the cover of the spring 2020 issue of Revolver.

Asked who AUGUST BURNS RED‘s “guardians” are, vocalist Jake Luhrs told Revolver: “For the band, our guardians would be our fans. When you think of guardians, they help, right? Or they nurture or they provide. Our fans definitely do that for us. When we’re coming out with a new record, they’re buying actual copies or they’re getting all the vinyl. They come to all of our shows. We have people who have gone to 40 shows. I don’t know that I’ve ever gone to 40 shows outside of my band to go see anybody, ever. So we have these just diehard fans. They support the band. They give us a place to exist and continue our work. They genuinely care about us.

“For myself, personally? I mean, it’s going to sound really cliché and really, really stupid and cheesy, but it is Jesus. God has just been through all of it with me — when everybody else was gone or no one came to help me. Who do you think I was talking to when I was drinking 18 drinks a night? When I woke up at three p.m. in the afternoon, who do you think was I talking to? I was talking to God. He just got me through it all. That’s my guardian and it’s the truth.”