Though some may regard the responsibility of bearing hope where there is none to be a burden, it is a weight that August Burns Red have always carried with grace. For almost twenty years the American metalcore band has crafted music brimming with light, a mission that began with firm Christian roots but has come to appeal to a much more universal audience. Eighth studio album “Guardians” is no exception to the band’s noble journey to bring a sliver of hope to souls struggling through darkness, following almost three years after 2017’s “Phantom Anthem.”

More rich in spirit than the usual image metalcore conjures, August Burns Red have risen from their first humble EP titled “Looks Fragile After All” to the heights of international acclaim, having earned two Grammy nominations since 2015. More melodic than many of their metalcore counterparts, August Burns Red is much more multi-dimensional than chugging riffs and straightforward breakdowns, often taking a more progressive lens to their unique style of hopeful brutality. Featuring two guitarists, including talented lead guitarist John Benjamin Brubaker, non-conventional time signatures and rich guitar solos have come to be an eagerly expected cornerstone to the band’s songwriting. Varied tempo and atmospheric storytelling have allowed August Burns Red to rise above the occasionally shallow offerings of their scene, a dazzling personality built on more than speed and juvenile attitude. Their maturity shines in both their songwriting and lyrical nuance, pinpointing sensitive topics that have a spot in everyone’s heart while playing music that is distilled from increasingly refined tastes.

“Guardians” is proof more than ever that the care put into composition is a defining feature that leaves August Burns Red a world apart from their metalcore-branded companions. In a recording process that took more than a year and occurred in two different sessions, the band has suggested that “Guardians” is one of their most collaborative works to date, a fact which comes across with vivid clarity in well-balanced songs that highlight each of the artist’s individual strengths. Such patience and care are showcased most strongly in the both heartfelt and epic closing track “Three Fountains,” rich with strings in melodies that wrap around one another in tasteful choreography. Proceeding at a slower pace than much of “Guardians,” this final song offers a chance for the album’s heaviness to dissipate naturally, leaving a sense of organic conclusion as the more aggressive middle falls into simmering melodies that curl into empty air like wisps of smoke.

One highlight of August Burns Red’s more melodic style is the versatility offered by drummer Matt Greiner, often swinging between incessant fury and calculated restraint. Within “Three Fountains” he transitions seamlessly between a driving fire for vocalist Jake Luhrs, but also backs off to give Brubaker the sonic space needed to explore more targeted emotional nuance. On a heavier note, Greiner shows off nothing but brute force on the punchy “Bones,” accompanying a piercing vocal onslaught. While Luhrs takes a strong vocal lead on most tracks, both “Bones” and “Paramount” showcase the additional depth that can be generated through the use of backing vocals. Though they are a five-man act, the use of two guitarists, backing vocals, and the occasional addition of piano, August Burns Red has always managed an entirely enveloping presence. 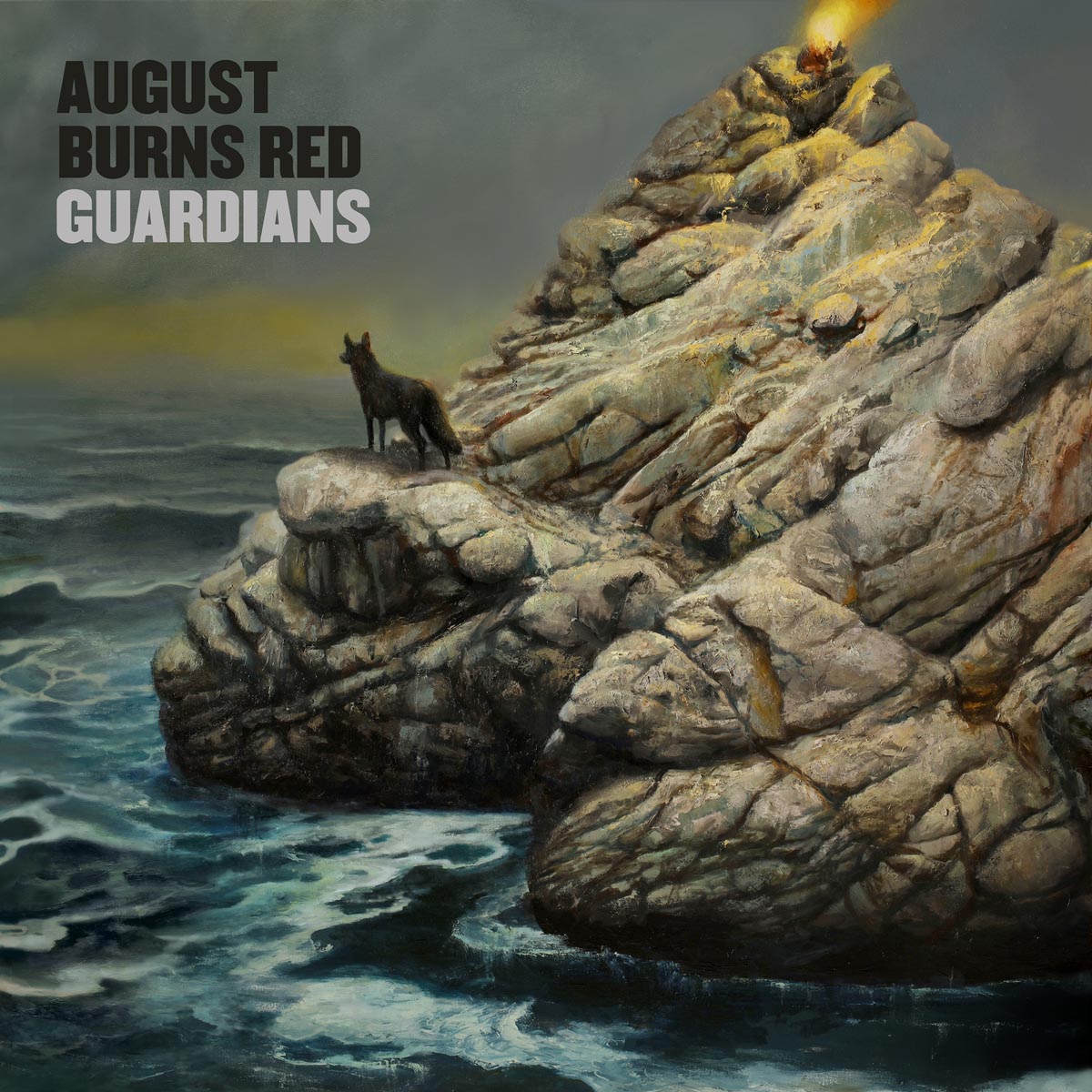 Precision has escalated in “Guardians” compared to prior releases, with production of a higher caliber than ever before. Targeting balance in the instrumental mix, Brubaker and rhythm guitarist Brent Rambler never have their nuance buried beneath the aggression of their bandmates. Such melodic sensitivities allow the tenderness of hope and compassion to bleed through a cacophony of screams and drumbeats. A prime example of this balance is in penultimate track “Empty Heaven,” a brilliantly paced song that serves as a demonstration of how passion and love can burn just as vividly as anger. “Empty Heaven” the electric energy of pouring one’s soul into caring for another, loving so fully that it is all-consuming. Luhrs mingles his howls in a near seamless mesh with an uplifting message that strikes directly to the heart.

Ever-present messengers of hope, August Burns Red continue to build an impressive discography that speaks of love and compassion at their most fervent. Passion and compositional nuance build in “Guardians” where earlier works such as “Constellations” sharpened their blade with breakdowns and melancholy. This album is refined and mature, and consistent with the footprint that the band has developed over the last decade and a half. For fans of August Burns Red, it is consistent with what they have come to expect from a band that is solid in the quality and content of their releases. And for newcomers, it provides a flair with a bit more to offer than standard metalcore fare. If nothing else, “Guardians” is a powerful reminder of just how deep and consuming our humanity may become.

Melodic metalcore at its most hopeful, August Burns Red serves as a reminder that the fires of compassion can brightly alongside aggressive songwriting. One of their heaviest offerings to date, Guardians” delivers nuance and intensity with proficient songwriting and highly polished production.