Frontiers Music Srl has shared the video for a one of a kind release, the single “Push Through”. A unique song – available now on all digital platforms – which was recorded by a virtual plethora of Frontiers artists!

It all started from a discussion that the label team had with their in-house producer Alessandro Del Vecchio after the idea of creating a Frontiers All Stars song had come up. It was everyone’s desire to vent about the overall frustration and disappointment that the pandemic situation had created for the world and give a sort of “sign of life,” which had to be related to the fact that while all the businesses were shut down, creativity was certainly not on hold.

Alessandro says, “We all know how we will remember 2020. A year when everything stopped and we experienced something unique, tough, and certainly trying. These times are difficult for all the musicians, labels, promoters, and workers of the music industry. The dream felt like it was slipping away and the world seemed a much sadder place without concerts, albums, and all the emotions that music brings. “Push Through” is about how musicians reacted. I’ve never seen so much music played, shared, and promoted as in this pandemic. My timeline was full of music videos, live streams, bedroom acoustic sessions, and anything that could be done in such a situation. Musicians never stopped. Even in a trying environment we kept our voice out there, kept pushing to release music and this is my tribute to us all, who kept our voices heard. “Push Through” is the anthem to Frontiers and their amazing roster and I’m very glad I could be joined by some of my band-mates, friends, and new found brothers. The line up says it all, they roar those words and let their instruments scream! The result is simply incredible and to see three generations of rockers creates a unique bond never heard or seen before. This is for you all, keep pushing and feeding that PMA!” 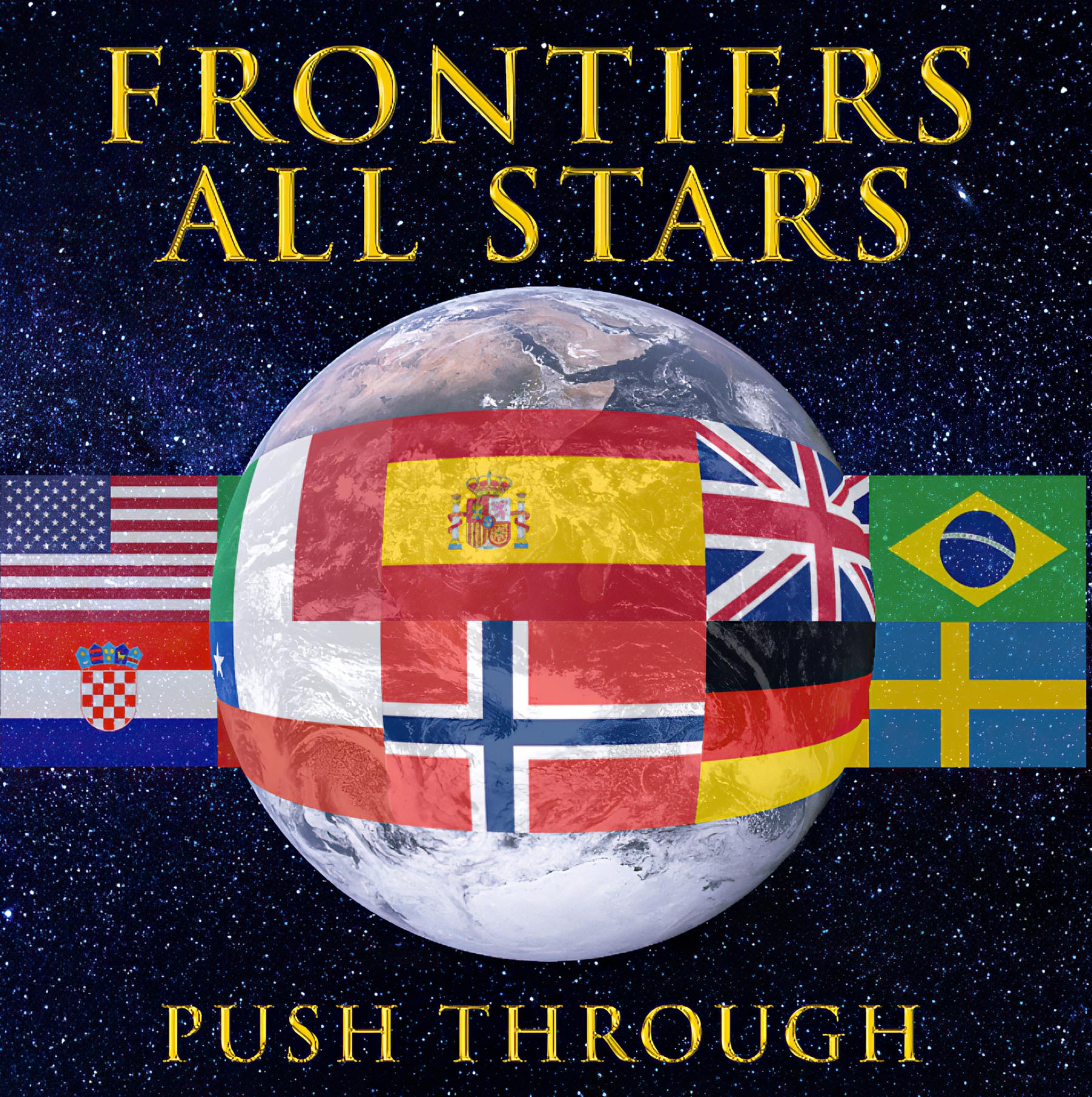 The single was produced, mixed and mastered by Alessandro Del Vecchio at Ivorytears Music, Clearwater, FL, USA, with music and lyrics written by himself. Stream or download the “Push Through” at this location.

Singers (in order of appearance):

Guitarists (in order of appearance):