Ashley Purdy embraces his outlaw reputation with the release of his brand-new EP, “NashVillain”. Five thematic songs that perfectly express what he has been through in the last year and showcase his musical diversity.

From the dark country vibe of “Outlaw Man” to Charlie Daniels‘ cover of “Long Haired Country Boy,” Ashley provides his fans with an authentic outlaw country rock experience. All the songs are sung with raw and honest emotion, including his original, “Won’t Take Me Alive.”

“NashVillain” is available on all digital streaming platforms such as Apple Music.

Corresponded, Robert Cavuoto spoke with Ashley about the creation of his new outlaw country EP and the status of his long-awaited alternative solo album. 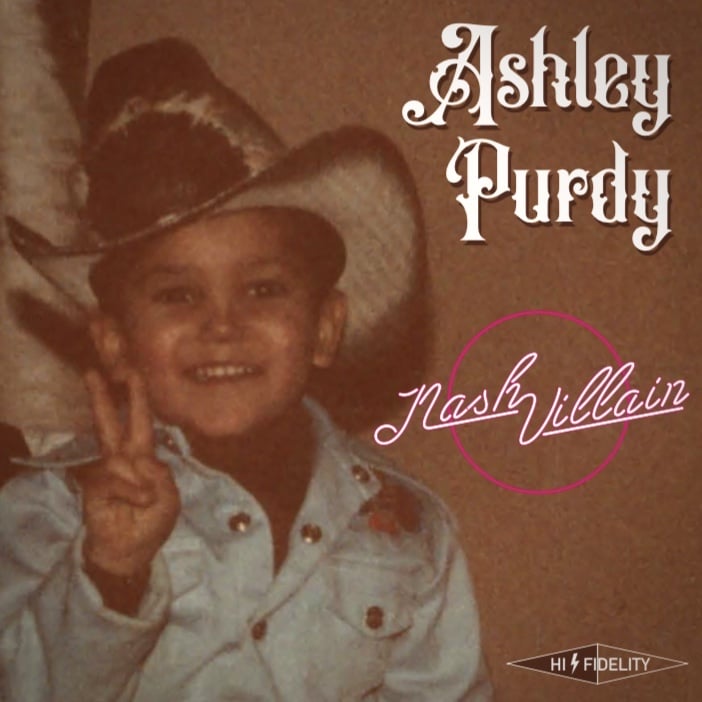 When we last spoke at the end of January 2020, you were in the process of making touring plans to support an upcoming album. Who would have thought two months later, the world would come to a standstill.

Yeah, I had a record done, was going to release some singles, and then go on tour to support it. That plan came to a standstill. After we spoke, I released “King for a Day” in mid-February and then stopped putting out music due to the pandemic. I decided to put everything on hold.

I speak with many artists who struggle with similar issues of whether to release new material which they can’t tour to promote or release live and best-of  albums to stay in touch with the fans.

As a solo artist, I decided to hang on the sideline and not release the new material because we didn’t know how long this was going to last. I still wanted to put something out, so I started releasing cover songs like “Zero” by The Smashing Pumpkins while I continued to write. Suddenly I was dealing with all the things that were in the headlines, so I decided to embrace it and released these outlaw-country-rock type of songs while I was addressing everything.

What can you tell us about the album that is on hold?

I’m sitting on a complete alternative album for my solo endeavor! I feel that putting it out now would be like releasing it into a black hole because I can’t tour and promote it. It’s the type of record that needs to be supported by a tour. To stay in touch with the fans, I decided to release “NashVillain”. I’ve also started doing subscription services and have Patreon and Crowdcast accounts for live streaming. I give fans behind-the-scenes content, like with the writing process.

I think you have a solid strategic approach of making the best of a difficult situation.

If we go into next year and nothing has changed, I’ll start releasing the music I have been holding on to, only because my views and ideologies of what I was writing about at the time have changed. I can’t hold onto something for a year or two as my views have changed.

I realized that we have never talked about your musical influences. Who are some of the artists that influenced you when you were young?

As a small kid growing up, I was influenced by pop music, like Michael Jackson. At the time, he was theatrical and was still using electric guitars. Then I discovered KISS, and it was all over. As I went into adolescence, I started listening to band like Mötley Crüe and Guns N’ Roses. I also liked darker stuff like Nine Inch Nails, The Cure, and Depeche Mode. I did heavy rock/soft metal with Black Veil Brides for ten years, so I wanted to do something different as an artist and writer. I can’t continue writing the same type of music or in the same style. That lead me down a more alternative path, which was synth-rock and influenced by 80s new wave. I grew up in Missouri and now live in Nashville, so with this EP, I’m going back to my roots like old country western outlaw music. I’m embracing the outlaw stuff that I have been through in the last year or so. 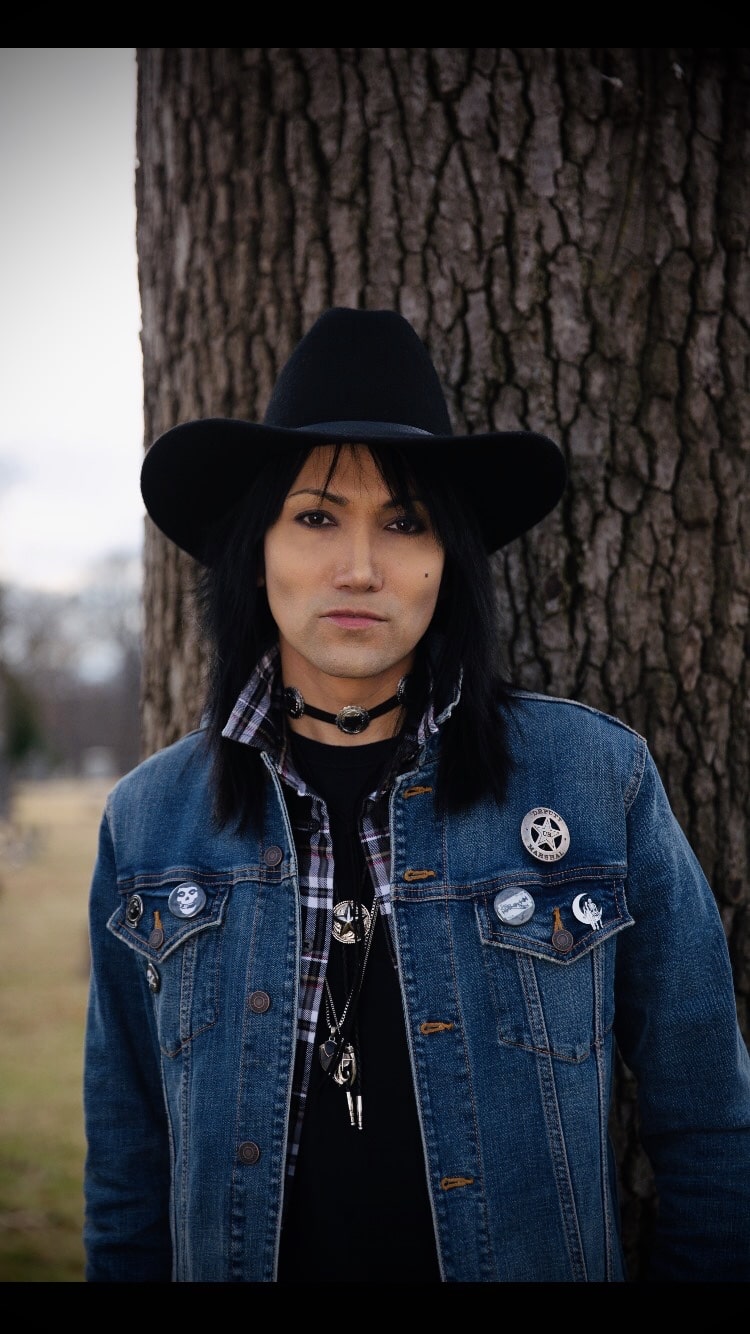 Which instrument did you start to play first?

When I was really little, the first instrument I got was a Muppet’s drum set. It wasn’t long after that it was thrown in the trash [laughing]. You can only imagine why! Then I picked up the acoustic guitar and took classes, but I didn’t have the attention span to learn. I would rather perform in the mirror and smash it like my idols did; not realizing after I smashed it, I couldn’t play it any longer [laughing]. I also grew up singing in the church choir at Sunday school. From kindergarten to senior year of High School, I was focused on the arts, singing in the choir, and taking music classes. I also played in some rock bands in High School as well.

When did you switch to bass?

I’m very flexible and learned to play what I had to in order to fit in or where I was needed. If you’re looking for an opportunity to be in a band, whatever is missing, you do it. Some people are valuable that way. I had a little success fronting some original rock bands when I was young and in LA on Sunset Strip. There was an opportunity to join a Mötley Crüe tribute band. I was more of a Nikki Sixx type of person, so it was perfect for me to play bass. I really delved into learning to play it while still working on putting together an original band. Black Veil Brides came along, and they had a singer, so I’ll played bass and sang as well. It was really whatever the project dictated. I was never a person who was stuck on one thing.

Did you play multiple instruments on your EP?

All my demos start with me singing and playing acoustic guitar. I took those demos to some terrific studio musicians who performed on them. I produced the EP.

I really enjoyed the EP, and even though they were called outlaw country, they were still based in rock with some punk attitude thrown in.

Yeah, outlaw country is a broadened sense of the word. It’s a mix of rock and country. When I first started the demos of “Don’t Think Twice,” it was very punk. It reminded me of Dropkick Murphys. The intention was to keep them raw. There are no effects like I had in my previous project. They are very straightforward and authentic, like Rock & Roll and Country music.

The sonics are reminiscent of the late 70s production style like KISS, and other bands had from that era.

The sonics are all Les Pauls and Strats. It has blues-rock and southern sound, which was big in the70s. There is even a mandolin in there too!

Do you miss the big production songs with their multi-layered instruments, vocals, and effects?

I wanted to do the complete opposite with my solo endeavor. When I went into the studio to write, I said I didn’t want any guitar solos or double bass drums [laughing]. I wanted it to be more synth-based and more melody. The melody and the lyrics were going to be the main thing. If the song could stand on its own with just that, then it’s a good song. 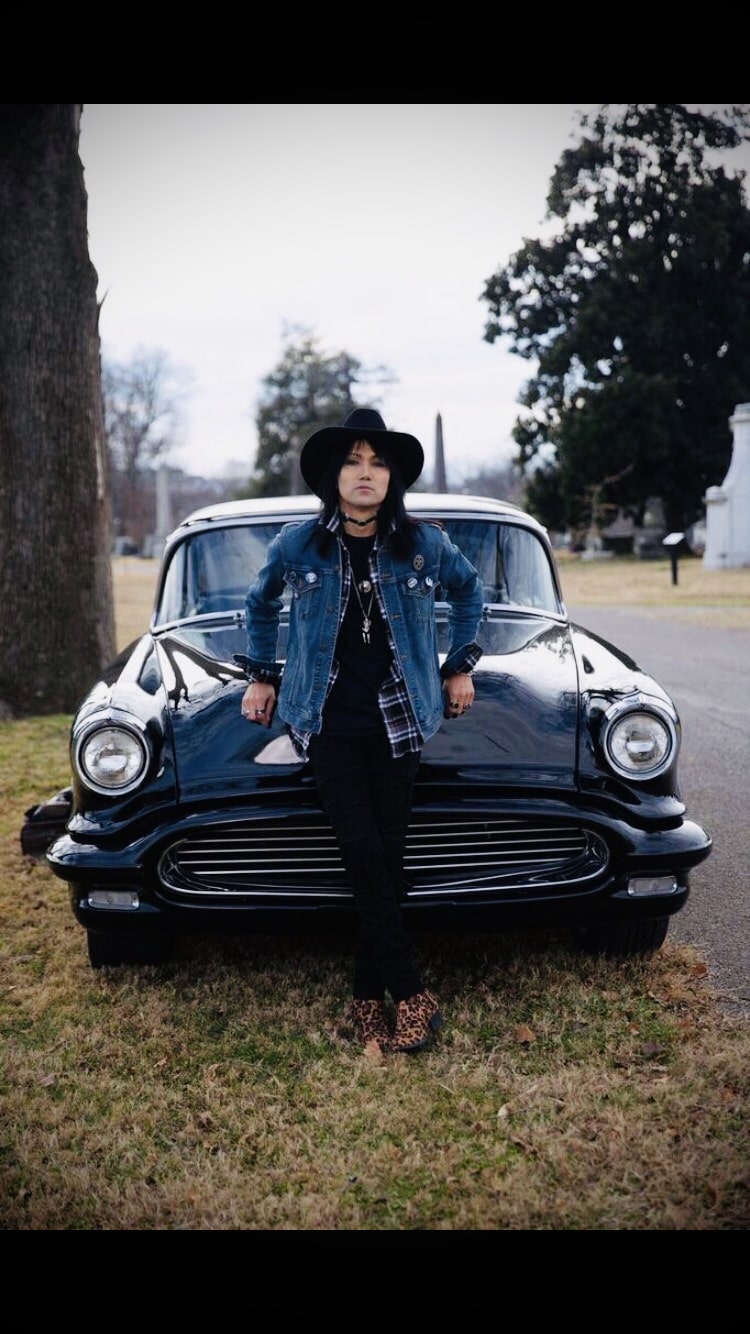 The cover of the EP has you as a kid in a cowboy outfit; can you share the history of that photo?

The photo was taken of me when I was about 3 or 4 years old, in the living room of my grandmother’s house. I love the colorization of it. With all this COVID downtime, I was going through some old photo albums and found it. I saw the photo of me in the western garb, giving the peace sign, and figured I had to use it somehow. The photo was actually the inspiration for me to write music for “NashVillain”.

Tell me about the selection of the cover songs on the EP.

Sometimes when you do covers, they are so obscure people think they are yours. Not that I went about it that way, the lyrical content really seemed fitting and helped the story of what I have been through. They were all chosen on purpose because they address something in my life or resonated with me. There is only one original, “Won’t Take Me Alive.”

Yeah, that song debuted at #1 on November 15th on the Fast Forward International Radio Charts. What’s crazy about the date is one year ago to the day, Black Veil Brides put out the press release that I was no longer in the group. It only came to my attention through some fans. A year to the date of not being in the band, my song goes to #1. In the age of digital and streaming, wherever your music is being played, thank God it is being played. I found this quote by Harvey Dent in the movie Batman – The Dark Knight, which sums things up for me; “You either die a hero or live long enough to see yourself become the villain.” It relates to all the shit I went through. If I didn’t come out the other side, would I have died a hero? Now I’m like the villain, so I said, “Screw that!” I survived despite the people who turned their backs on me. When you go through something like what I recently went through, you find out who your true friends are!

I also liked your version of “Outlaw Man,” tell me about that song.

Most people won’t know it was written by a guy named David Blue, but The Eagles performed it in 1973. I found it and thought it was perfect with its lyrical content.

“Turn the Page” by Bob Seger was also a fitting song for your situation and a testament to your resilience.

That is why I put it last on the EP. It was very thematic and added to the concept of “NashVillain”.