A multi-Grammy nominated artist, Nelson received a Grammy award for his work performing on and producing Winter’s “Step Back” release, winning “Best Blues Album of the Year” and the BMA “Blues Music Award” for “Best Blues/Rock Album.” “Step Back” reached #16 on the Billboard top 200, staying at #1 on the Billboard Blues Charts for weeks. He is also a recipient of the Blues Foundation’s KBA “Keeping The Blues Alive Award.” 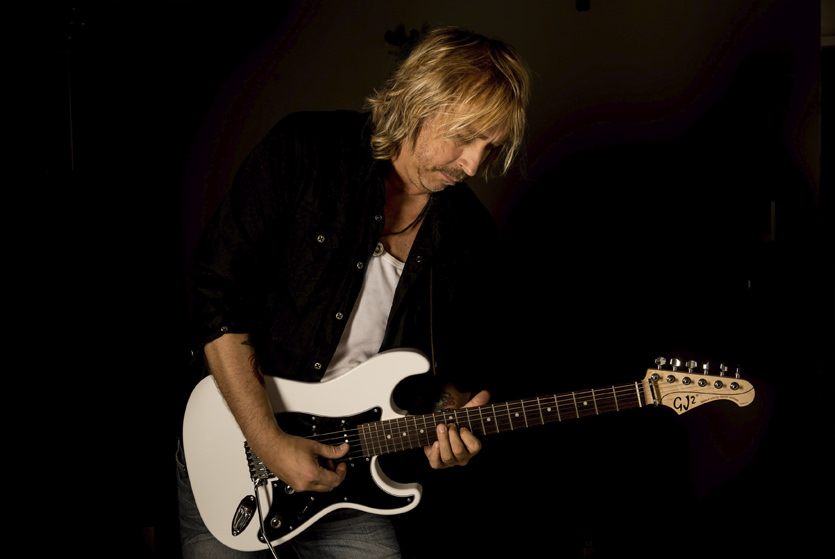 Nelson and his music have reached millions with appearances on Late Night with David Letterman and Jimmy Kimmel Live, and via the award-winning documentaries: “Down and Dirty” The Johnny Winter Story and “Sideman: Long Road to Glory”(feat: Bonnie Raitt, Greg Allman, Hubert Sumlin). He has also written/performed music that has been broadcast nationally on NBC, on multiple major album releases, in books, instructional guitar columns, live concert DVD’s, and with guest performances on countless recordings. His latest album “Badass Generation”, still maintains his unmistakable connection to the blues, but it also finds the guitarist showing powerful songwriting combining his many other musical influences that his fans have come to expect, making him one of music’s most respected and influential contemporary artists.

Paul, what were the biggest sources of your guitar and musical education when you were developing your musical skills?

My biggest source of education and teaching was attending and graduating from Berklee College of Music in Boston…along with private classes I took with Steve Vai, Mike Stern and Steve Kahn.

Had you played any other instruments before you set your eyes on a guitar?

A little bit of piano and drums but they were too noisy…ha ha.  So my classmates bought me a guitar and the rest is history.

You have toured with countless worldwide acts and performed live and on recordings alongside a long list of today’s top artists, venturing through a spectrum of many different genres. Do you feel more comfortable while playing one style of music over the other?

No, I was taught to play many styles of music, which is how I got work as a session guy.  And being a session guy was how I eventually met Johnny Winter.  I’d say though that my favorite type of music to play is blues-rock and fusion, but I love lots of different styles of music.

Do you sometimes feel that as a songwriter (and musician in general); you have to adapt to a certain expectation? In other words, is it possible to become “limited” in your writing just to appeal to your core audience?

No, I don’t.  I feel pretty fortunate that I’ve been able to play the kind of music I love without having to please either a label or a certain fan base.  I’m lucky that my fans and the labels I’ve been on really like my music overall and have accepted it. I tend to write and play what I want and I usually get hired to do that when I’m playing sessions.  My fans seem to like any music direction I take… I’m very fortunate to be in that position.

One of the questions that intrigues me most is how different musicians view the current landscape of the music industry, especially as it pertains to piracy. It seems no two musicians have the same view, and often that view seems dictated by culture. I am interested to hear how you see the idea of people stealing your music.

I’m totally against the idea of stealing music.  Music is an art form but it is also one’s livelihood when one is in the business of performing, writing and recording it.  Piracy is illegal and a punishable offense for good reason.

Have you ever felt overwhelmed or underexposed as an independent artist? 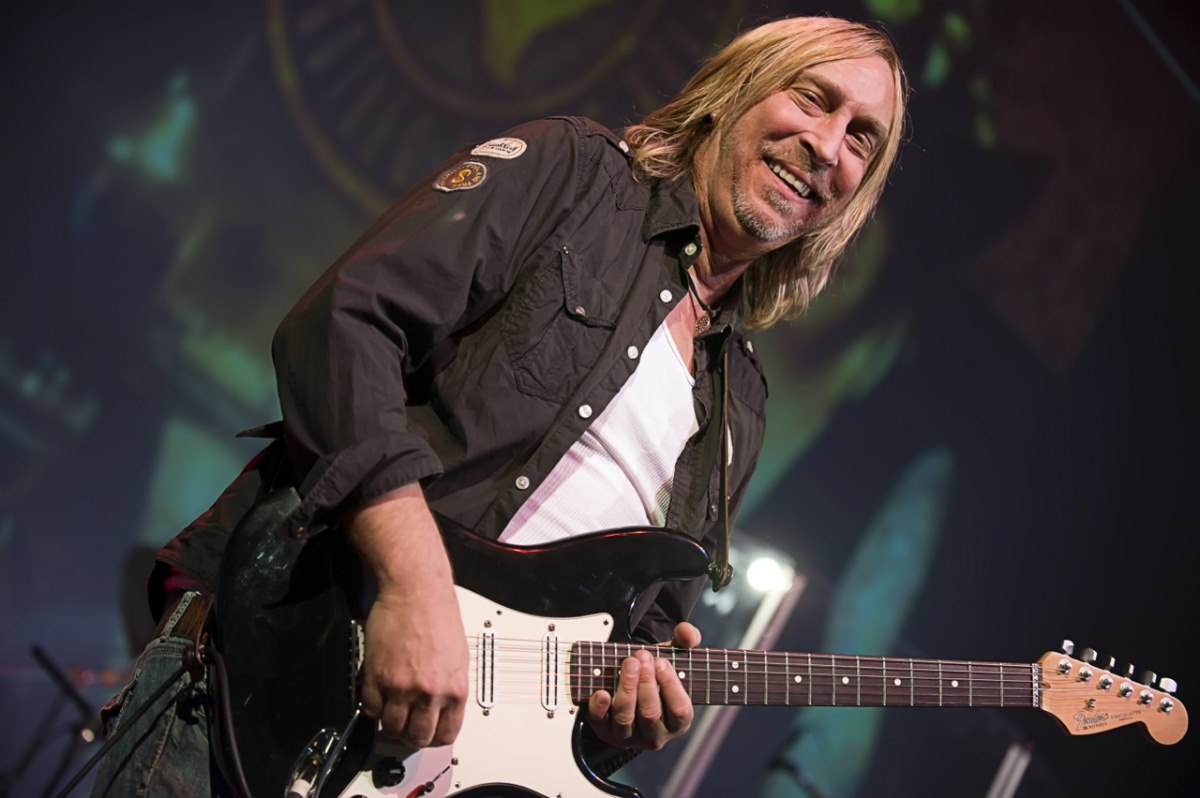 I wanted to put out a great rocking blues record that tipped its hat to the hard rock music of the Seventies but one that was also more contemporary in terms of its production.  I think I succeeded in doing so. I would describe it as a combination of rock and blues which is heavily influenced by Seventies classic rock and Southern rock and blues.  I’m a big fan of Bad Company, Free, Led Zeppelin and early Queen and I think this album reflects this.  However, I’ll always be a huge fan of the blues.  No where where I’ve been in my career, the blues has never been far away.

Have the advances in technology changed your music writing and recording process? If so, in which way?

No, as I still work with Pro Tools extensively but I also still go back to analog recording as much as possible.  My writing is an organic process that has a flow to it and doesn’t really have anything to do with the tech process.

Out the numberless albums you have been involved in, what was your favorite to make/play in?

Johnny Winter’s “Step Back” album is my all-time favorite of any album in which I was involved.  It was Johnny’s last studio album before he died and we both won Grammy’s for it.  During the recording of the album, Johnny looked at me one day and said, “There’s something wrong if we don’t win a Grammy for this album.”  Turns out he was right.  It was an amazing experience I will never forget.

Moreover, is there a record you wish you could take back?

No, I’m lucky enough to have never been in that situation…ha ha.

When it comes to playing live, how much material do you play from early years? Do you feel it’s important to acknowledge where you came from, or are you more of “that was the past, let’s focus on the now”

I play mostly material from Bad Ass Generation and play improvisational versions of some of my favorite rock and blues songs.  I also play some of Johnny’s songs. I’m proud of what I’ve done in the past but I’m pretty much a forward thinker…it’s the only way to keep things fresh.  But I’m also always learning from the masters of the past…especially the blues guys.

I believe I’m right when I say that Johnny was much more than mentor, or a lifelong friend, he was your family. Looking back at all the years you two spent together and all you learned and achieved by his side, is there anything in the musical aspect you wish you had done in a different way?

Not a thing. I was honored to be part of his comeback.  It pleased me to see him get the credit he was finally due and it was gratifying to me to see him enjoy the last years of his life in a substance-free manner.  We were very close friends and I miss him dearly.

I have a huge collection.  I have over 11,000 rock and blues songs in my digital collection.  Blues records… more than half.  I truly do love the blues.  Johnny was obviously a huge influence on my blues musical taste as well.  Johnny gave me his personal record collection just before he died.  It’s an amazing collection…almost all blues of course.

How do you feel about blues-rock as a genre right now and where it’s headed in the coming years?

I think we’re in a good musical time where artists are allowed to do more than ever before in any category.  The audiences are more open to experimentation and almost expect it to happen.

Are there any other guitarists or musicians you have not recorded or collaborate with and you would love to?

I’ve met Jeff Beck but I’ve always wanted to perform and record with him.  He’s one of the absolute best guitarists ever in my opinion.  Maybe someday it will happen.

If you could jam with anyone, living or dead, who would it be?

Jimi Hendrix…it would have to be Hendrix.  And I wish Johnny were still here…I loved to just plug in and jam with him.  We used to do that a lot.

As you continue to move forward in a beyond remarkable career, is there anything specific Paul Nelson still hopes to accomplish?

Actually, I pretty much accomplished all I’ve ever wanted to do musically.  I still want to keep driving my career forward and I’ll work hard to do so, but I’ve done a lot of things in music that I always wanted to do.  I’ll be a musician until I die!

Thank you very much for your time Paul, hoping to catch you on the road!

Anytime man, hope to see you in our next show.