Whoever has been mildly immersed in the prog-scene for the last 15 years, have heard about Jonas Reingold at least once. A multi-instrumentalist, with countless album credits & deep involvement with various bands (“The Flower Kings”, “Kaipa”, “Barracuda Triangle” and “The Fringe” are just some of them), studio/record label owner, and a diverse songwriter for many of rock’s genre’s, he’s one of those gifted musicians always bringing something special to the records he’s participating in. In the wake of the release of the new album of his band Karmakanic (Of which we published a review you can read here), I sat down with Jonas and asked him some questions…

Foremost on people’s minds, I think, when they hear of Karmakanic is where did the name come from?

When I started the band back in 2001 I didn’t have a name for the band so I had a band name competition online for the fans. I got approx.. 150 suggestions, I picked out 10 and let people in my surrounding pick the best one and it was Karmakanic who won. The guy who came up with the name was Ian Oakley from UK, he became later the manager for the Tangent. Personally I like the name because you can look at it from different angles like Car-Mechanic or Karma-kanic, like a play on words.

In which way a Karmakanic record is conceived from inception to final results?

Normally I produce finished demos with everything on, all the arrangement are there, then I send out the stuff to the guys so they can listen to it. Once we are in the studios I let the players come with suggestions etc., but the basic structure is already there.

Did you envision Karmakanic as the vehicle for you to break free with your own musical ideas in the very beginning? Have that changed through time and is now more a band effort where the usual suspects also collaborates?

I would say the recording/making the album has stayed the same since the start, I come up with the songs and they guys contributes with their musicianship and personality.

Recording a new album with whichever band you are at the moment; is a work or a pleasure?

If I really dig the music and the persons involved is always a pleasure but sometimes you find yourself in a project or recording that was maybe promising in the beginning but due to personal clashes or simply that the music is not appealing can make the whole thing boring and uninspiring. 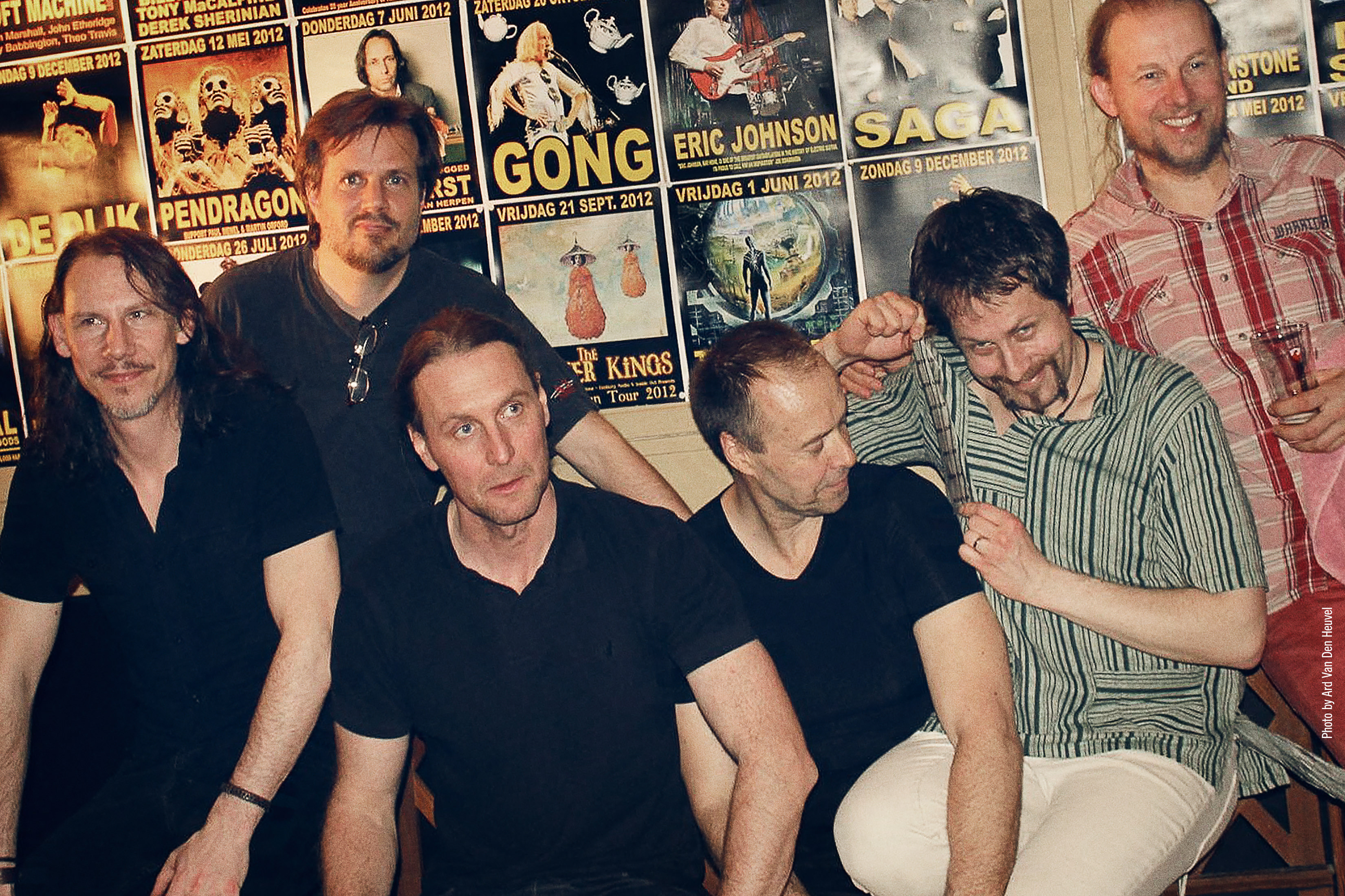 Do you tend to write and arrange the Karmakanic albums ahead of time or is a lot of it done directly in the studio upon recording?

Very little is changed in the arrangement in the actually recording of the record. I normally have a firm arrangement of it all but I do a lot of editing in the end, the epic track on DOT was in the beginning 34 minutes but was cut down to 30 but that I do in the very end of the process.

When you picked up a bass for the first time, is this where you imagined you will be today?

Don’t know really, the reason I started to play bass was because I was offered a gig with a quite popular band in Sweden, bass really fitted me and I continued and started to practice, did not think a lot actually.

What’s your musical background in terms of training and formal lessons?

I started with violin when I was 9, then I switched to guitar at 12, then I started with bass at age 16. I attended a musical program between 16 and 18 and 19-21 then I spend 4 years at the music university of Malmo so yes, 8 years of studies at music schools qualifies for “formal” training, ha,ha,ha!

Is prog-rock the style of music you enjoy playing the most, or you veer towards a different genre when possible?

I like good music, no matter what style or genre. The good thing with prog-rock is that you are allowed to do basically what you want. If you look at the Karmakanic output you find a quite diverse collection of music, everything from jazz to metal. The prog audience is in general very open towards genres and it give me the freedom to do whatever I like.

When you got together with Nick and Randy to give birth to The Fringe, why did you decide to go with a more straight-up rock band sound, when you and Nick have been related to prog-rock for almost your whole career?

It felt natural from the very start. Randy is a rock player so you always have to adjust to the situation you´re in to get the maximal result. I think the style we create fits the guys within this group plus it´s nice to change yourself a bit from time to time otherwise you´ll will be standing at same place year after year and have no development.

How did it feel to be invited to take part of the Chris Squire Tribute during the last Cruise to the Edge in 2015? Was Squire’s playing influential in your musical formation?

It was great, I always had a huge respect for Chris Squire’s music and bass playing, he was one of the greatest prog-rock bass players out there, he opened the door and we, the rest just walked in. He´s got this melodic style that I really dig so when Mike Portnoy asked me to be a part of this tribute gig I really didn’t have to think twice.

You have composed and played in countless songs and albums. Is there a particular song you truly enjoy playing live?

Yes, there are songs that really work well live. I love to play “The Truth will Set you Free” with The Flower Kings and “Where Earth Meets the Sky” with Karmakanic, those songs fit a live environment really well

I know The Fringe is playing at Progtoberfest II this year and the band will also be on-board Cruise to the Edge next February 2017. Is there any chance ever for us living in the United States to attend a Karmakanic show?

Of course! Come to Sweden in November this year for Sweden Prog Fest, that will be a hell of a show, ha, ha, ha!

Lastly the same sempiternal question I always bother you with: Any plans or thoughts to reissue the first two Karmakanic albums on CD again? They have been out-of-print for years…

Yes, I hope that I will have a chance to do that, I don´t own the masters myself so this a matter if I can buy the rights from the owner. If so they will for sure be re-released.