It starts as you might expect, the disembodied voice spouting forth on his distaste for “rockumentaries.”  Then, there he is, the Bald Buddha of Britain, the Sage of Swindon, in the flesh.  And for the next 73-minutes, Andy Partridge pontificates on a variety of subjects—from crazy mothers to extended Valium addictions to synesthesia to the joys of the studio and the dread of live performance. And anything else that seems halfway germane. All in a neat package called “XTC: This is Pop” which came out in December and made its U.S. debut on Showtime in January.

Most of the members of the band get their due—drummer Terry Chambers, guitarist Dave Gregory (now of Big Big Train), and bassist Colin Moulding (where the heck is original member and keyboardist Barry Andrew?).  And they should.  Each made an essential musical contribution to this remarkable group.  Without them, there would have been no XTC.  But everything keeps coming back to Partridge, the leader of the flock, the one with the original vision, the one with the charisma and deep-seated issues that kept rising up and biting the band.

By necessity, the documentary is cursory.  It’s hard to do justice to 30 years of history, especially one as complex as that of XTC.  The most interesting parts are where a little extra time is spent on certain subjects.  How “Making Plans for Nigel” evolved from a simple guitar tune to a unique, powerhouse single.  How Partridge went cold turkey from Valium, leading to the 1982 breakdown on a Paris stage that effectively ended the band as a live entity. How a vanity project as the fictitious Dukes of Stratosphear was the most fun the band members ever had together (and sold well, too).  Or how the battle between Partridge and producer Todd Rundgren over who would control the finished product of Skylarking led to a successful record—and how a “B” side from those sessions, the atheist anthem “Dear God,” became a surprise hit in the U.S. and saved the band’s career. 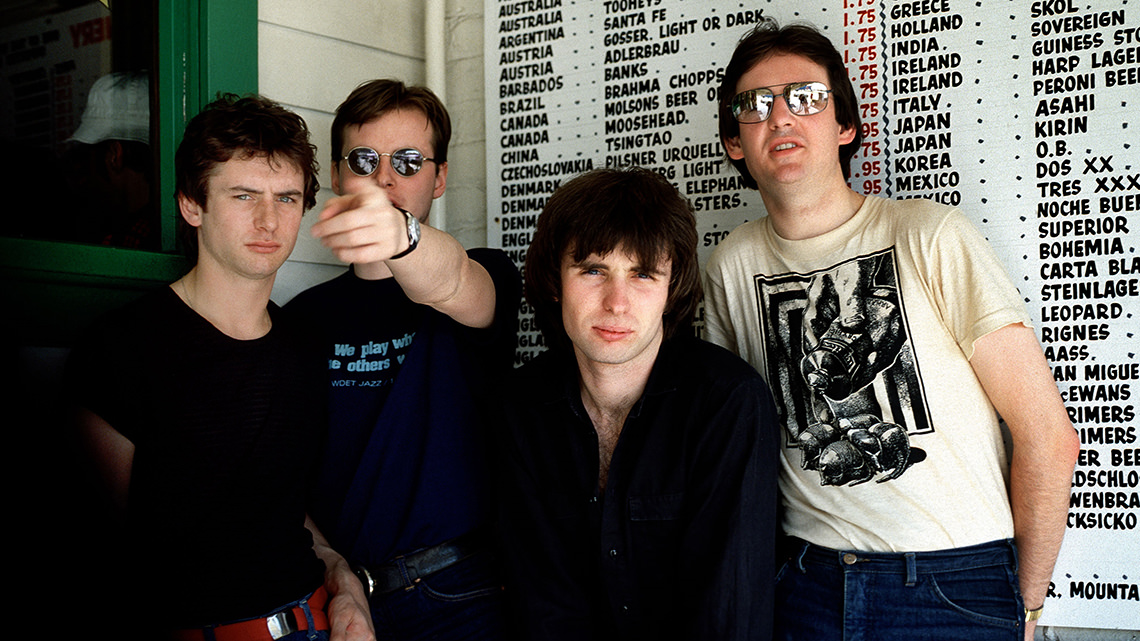 Those are the highlights.  The low-lights—well, Partridge says upfront that rockumentaries usually feature a lot of boring talking heads.  Too true.  What the heck are Fassine, John Grant, and Miles Kane doing here?  In fact, WHO are they and whose bright idea was it to include them?  Then there’s American satirist Harry Shearer, and Blondie drummer Clem Burke, and even Prog-meister Steven Wilson, who have nothing to add.  Okay, Police drummer Stewart Copeland toured with XTC and has some insights.  John Leckie and Hugh Padgham produced the band, and they’ve got some interesting points.  But frankly, off with those heads and give more time to the mouth of Partridge, especially when he gets on a roll (as he usually does).  He’s funny, acerbic, opinionated—everything you’d expect.

But there’s still a feeling that something is missing.  Outside of a couple of Andy aphorisms, there’s little mention of his controlling nature.  Of how his personality, quirks, neuroticisms, and narrow vision fueled the creativity of the group but also tore it asunder.  Partridge compares members leaving to losing limbs.  In each case, from Andrews to Chambers to Gregory to, finally, Moulding, Partridge wielded the dull axe that separated the arms, legs, etc.—and the head couldn’t survive on its own.

Yet this is still an entertaining rockumentary.  At the end, Colin Moulding says he hopes that the program—along with something of a resurgent interest in XTC—will help bring about success and credit that the band never enjoyed during its lifetime.  I’m afraid that’s asking too much.  XTC was always too cool for most folks, only appreciated by a certain segment of the public.  The rhythms were too complex, the melodies too interesting, the lyrics too deep.  XTC was never just another pop band.

As the Bald Buddha of Britain probably would agree, sitting in his home in Swindon—and probably still pontificating on the dreadfulness of “XTC: This is Pop.”