Illuminated Minerva is a technical, progressive metal band, from Calgary, Canada. With a captivating and visceral live show, the seasoned musicians of Illuminated Minerva have played with a host of bands locally including Tesseract, Intronaut, and Cloudkicker. In 2014, the band released their debut EP “The Immaculate Deception” and are following it up in 2020 with a full length “Enigma Adamantine” due out Sept 25th, and from that album we present you today the single “Sightings”.

“Sightings” is the track for those who ‘want to believe’… Odd time signatures, throbbing bass and first hand accounts of unknown aircraft frame the question of are we alone. It’s a savory prelude to “Enigma Adamantine”, an instrumental progressive metal album based around conspiracy, UFOs, and abductions. A musical examination of modern mythology laid out with hard-hitting bass grooves, technical guitar lines, soaring leads, and complex drumming matched with audio from years past present an auditory mirror reflecting our deepest fears and questions yet to be answered. An album experience as unique as the stories within. 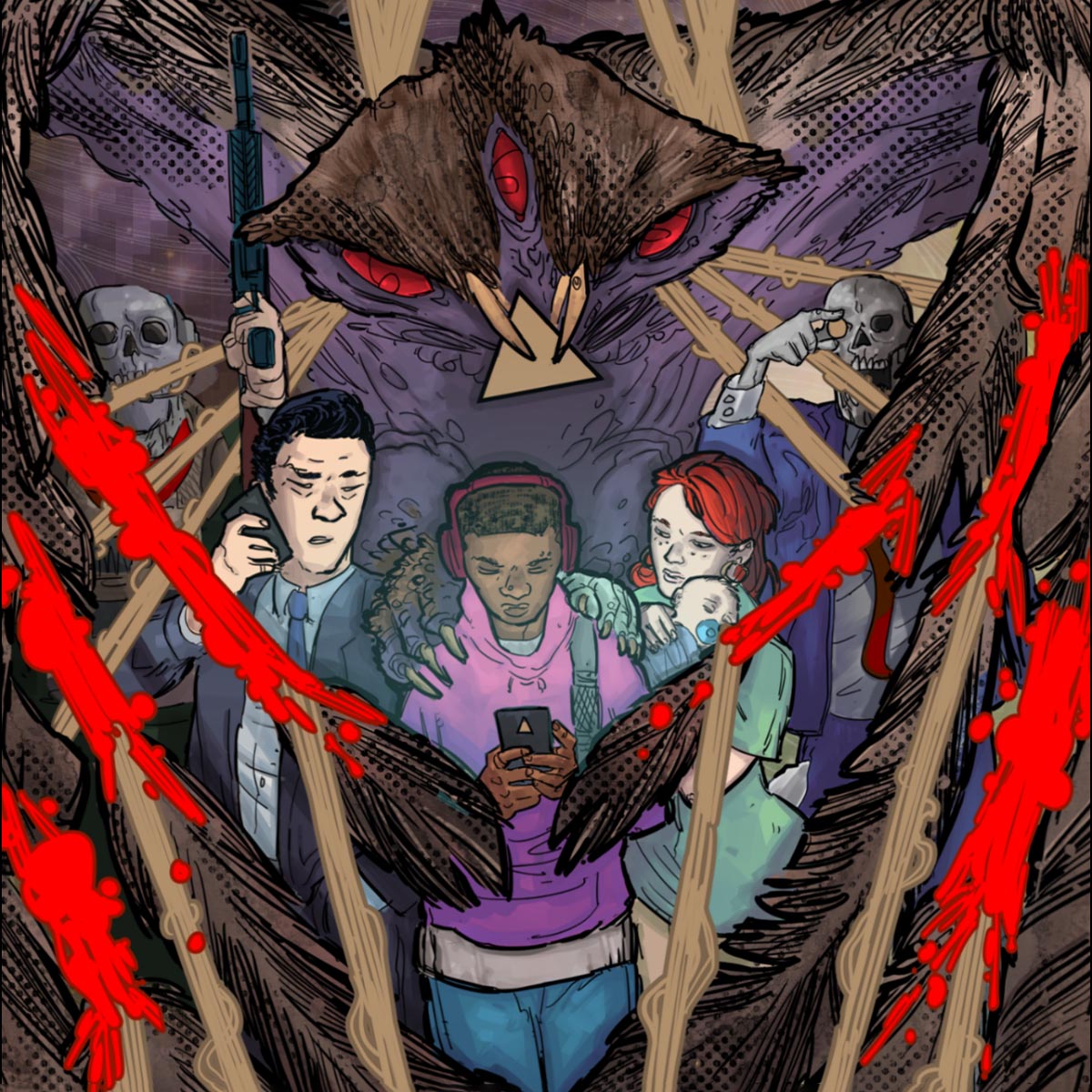 Illuminated Minerva was formed by brothers Nathan Bourgeault (guitar) and Jordon Bourgeault (drums), who were both musicians growing up and eventually started their first project Sequoia, the beginning of their musical collaboration. Eventually, they moved on to form Illuminated Minerva, with a goal to push the musical boundaries further. Rounding the lineup out is local scene veteran Matt Petti (bass) who played with drummer Jordon Bourgeault in Verbal Deception; and Pat Lawtey (guitar) who played with the international act Kobra and the Lotus.

The bond between brothers and former band-mates results in a very natural writing process for the progressive metal quartet. Knowing what works and what doesn’t comes easily and allows the band to intertwine astral riffs, and technical harmonies highlighted by the absence of vocals. Combined with archived audio clips the result is oratory artistic storytelling taking the listener through space and time, exploring conspiracies and unanswered questions.