Calgary, Canada’s Arcana are releasing their debut EP this year, the fantastic space rock opera “Letters From A Lost Soul | Act I: The World One Forms”. Today they have premiered a second single and first music video for “Tailwind” with us, which takes progressive metal and rich storytelling to a new level. Watch it below.

“Tailwind” is the love song on the EP that features the heartfelt exchange between protagonist Damian and his wife Hope who long to see each other again and conveys a true sense of always being there for each other but constantly out of reach. Hope is like the sun to Damian; his guiding light to find his way home.

With lyrics that truly focus on storytelling, they take a look at the effects of tragedy and what drives human action and emotion. There is a lot of inspiration for the story from sci-fi concepts and mythology. As explained by the band in their own words:

“Tailwind is a very stripped-down track. I wanted it to feel like your standard 4 or 5 piece rock band (singer, guitarist, bassist, drums, keys) in contrast to the other tracks on this album which can get up into the 20 individual instrument range. I have been trying to write one more contemporary/pop-like track per album and I believe this encompasses that wish extremely well. It’s upbeat, quick, and it feels like you can dance to it. It is still rhythmically technical but it hides it in the 4/4 time and the drive that pushes the sound forward throughout.”

Arcana springs forth from the mind of Rogan McAndrews who developed the concept for the band and the story it was made to tell. He gathered a number of highly trained musicians from different backgrounds from jazz and rock to contemporary and classical and several vocalists to play the parts of the characters.

Recommended for fans of Caligula’s Horse, Leprous, and Coheed and Cambria, “Letters From A Lost Soul | Act I: The World One Forms” is a thoughtful and ambitious prog metal journey. 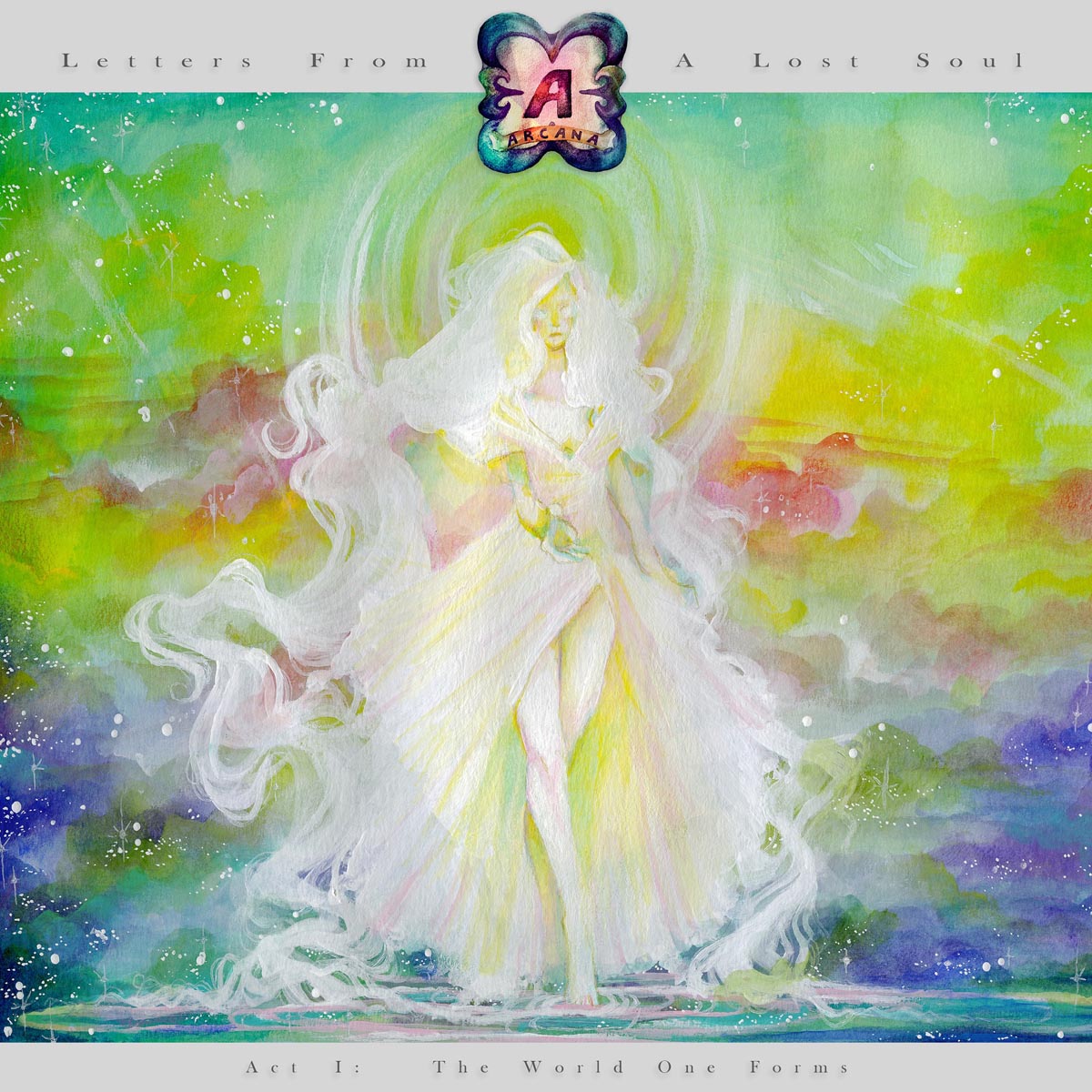 Arcana brings you a myriad of sounds from battering prog rock to delicate pop hooks, delivering you experiences that always inspire. With a narrative spanning across multiple albums, Arcana blends sci-fi, mythology, and a study of human action in the face of adversity.

Born from the mind of Calgary-based musician Rogan McAndrews, Arcana follows the story of a character named Damian as he attempts to mend his life and relationship with his wife Hope and daughter Cassidy in the wake of tragedy.

Beginning with the upcoming debut EP “Letters From A Lost Soul – Act I: The World One Forms”, is a concept record that explores a love story expressed through letters from Damian to his wife and child, but also give a glimpse into his anxieties and nightmares.