Question: how can an album (or band) be a forgotten gem if next to nobody knew it existed in the first place?

That was, and is, the conundrum about PLUS.  They put out one album.  They never did a gig. And distribution/promotion problems meant it received no radio play, no advertising boost, no nothing.  PLUS’s career was a minus. And that’s too bad, because The Seven Deadly Sins should have been heard, and it should have a place in the pantheon of concept/prog albums.

On the face of things, PLUSwas brothers Tony (guitar) and Mike (drums) Newman, with Max Simms on bass.  But the guys pulling the strings were Brits Simon Napier-Bell and Ray Singer.  The latter was a minor-league singer in the ‘60s, and later went on to help start the careers of folks like David Sylvian, Japan and Joan Armatrading. Napier-Bell was and is an impresario who managed The Yardbirds, Marc Bolan and T Rex, Ultravox, Wham!, and, for a time Asia.

The duo had an idea for a quasi-dark arts concept album that would focus on…yes, the seven deadly sins.  And when it came out in 1969, it was a novelty.  It was released at about the same time as The Who’s Tommy.  Black Sabbath’s first album was still a year out; so was Jesus Christ Superstar. 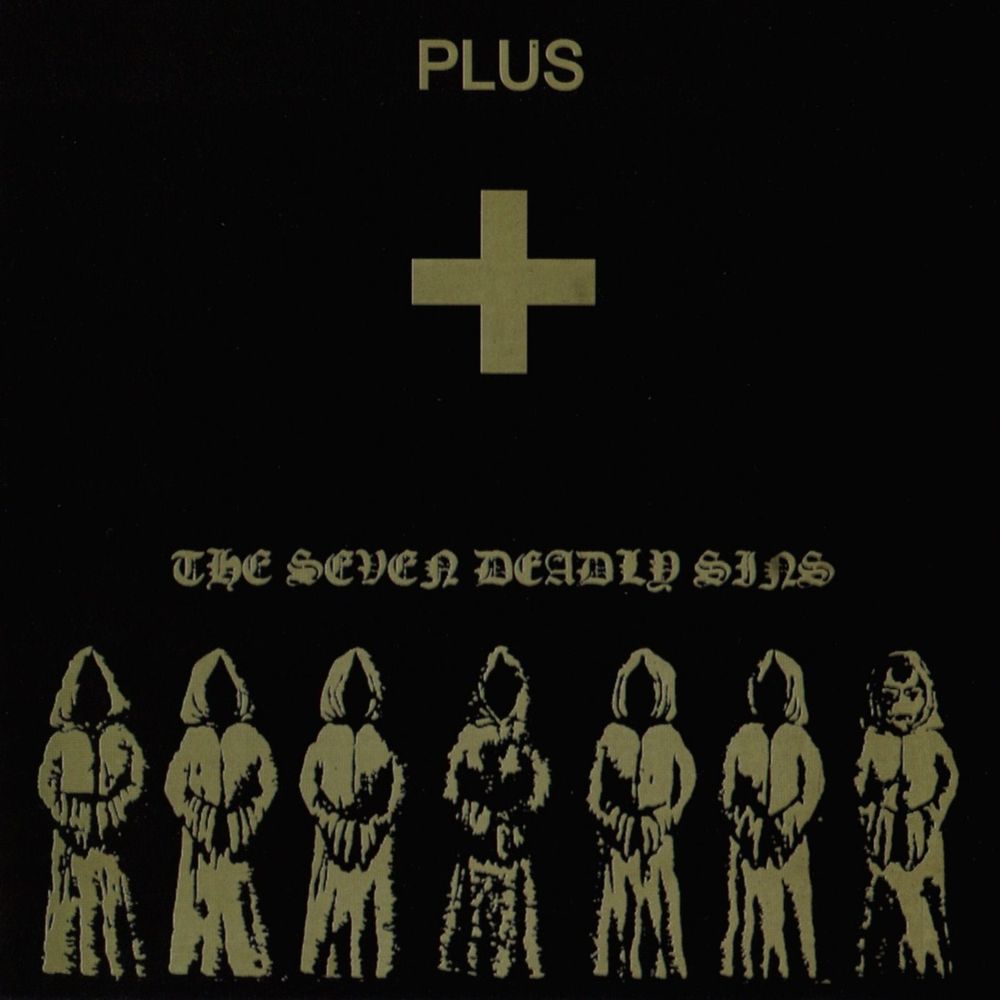 The 11 tracks—most of them written by Napier-Bell and Singer–show a lot of variety.  “Introit: Twenty-Thousand People” gets things going with chanting before breaking into a pretty pleasant pop rocker.  “Gloria in Excelsis: Toccata” is a Bach – “Phantom of the Opera” organ break that evolves into a choral intonation of the deadly sins.  “Avarice: Daddy’s Thing” is straight ahead rocker with crunch. “Pride: Pride” sounds remarkably like Paul McCartney and the boys with a ballad circa Let It Be.  “Sloth: Open Up Your Eyes” is another good rocker, while “Wrath: Gemegemera” is Black Sabbathy—before Ozzy bit a bat.  And there are also cuts for lust, envy and gluttony before a dismissal section.

The lyrics range from Elizabethan to Latin to pedestrian ‘60s stuff.  Nothing that stands out, that grabs, that shocks. All in all, it’s 36:10 worth of pre-prog.  Heck, that’s shorter than a real mass. The musicianship is nothing special but fills the need.  The production is muddy and dull, which wasn’t too unusual at the time—but it certainly didn’t help this album get any earplay.

PLUS ended up being a one-off; maybe it was intended to be that way to begin with.  The musicians pretty much faded further into obscurity, while the two puppetmasters went on to bigger and more profitable things.

In a sense, The Seven Deadly Sins is a period piece, something of its time and place.  And yet, as a precursor to the modern progressive-rock concept album, it should be something of interest, something that puts the history of the genre into perspective.  And that makes this effort a plus.