An irrefutable feeling of satisfaction stems from the fact of witnessing hard-working and uber-talented musicians to conquest audiences and sell out venues despite the chaotic state of the music business nowadays. That’s the way I felt last Thursday night, when a clamoring crowd welcomed the Three Caballeros of instrumental progressive-fusion rock (aka as The Aristocrats) to their first ever show in Boca Raton, Florida. The first time I saw these gentlemen playing live – back in 2013 at a small restaurant in Sanford, Florida – there were hardly 50 people in the crowd. Fast forward to 2019, and after the release of their new album You Know What? guitarist Guthrie Govan, bassist Bryan Beller, and drummer Marco Minnemann took the chance to add a much-further south date to their extensive touring endeavors, and sold out the Funky Biscuit while in the process.

The Funky Biscuit is an intimate live-music venue, with surprisingly good bar-type food and a delightful overall atmosphere, centrally located in Boca Raton. The lights are very dim with mostly blue and orange tones to accentuate the warm and welcoming environment, enough for attendees to enjoy the spectacle, but defiantly hard for photographs, to the point I barely press the shutter of my cameras.

The night began with the presentation of another trio, The Travis Larson Band. Comprised of Travis Larson (guitar), Jennifer Young (bass), and Dale Moon (drums) this powerful triad surely gained several new entries to their fan-base that night. Skillfully combining elements from hard rock, fusion and blues, their music certainly reminded me of Steve Morse and Jeff Beck solo output, even more so beholding Travis’ impeccable technique and honeyed legato lines and his seamless interplay with Jennifer’s thunderous bass lines. Musicianship was stellar, not focusing on shredding or showcasing blazing chops and mind-bending techniques – which they all three undoubtedly possess – but favoring melody and song structure above everything else.  I certainly enjoyed the pacing of the set-list, astutely combining high-energy cuts interspersed with mellow, more spacey tunes. Their rendition of Hoagy Carmichael’s “Georgia on my Mind” might as well be the definitive version of that popular song, it was purely splendid. If you enjoy music that takes you in a journey, the The Travis Larson Band will embark you on a path that diverges from intricate and technical, to smooth and lush, to exotic and expansive. Definitely an act to follow and learn much more about.

By the time The Aristocrats appeared on stage, the audience was primed and ready for their fix of jaw-dropping and captivating instrumental passages sprinkled with a lack of seriousness. Now, if you are reading this article, you probably know what to expect when this morbidly talented trio get their hands on their instruments. Having an extraordinary guitarist who fluently and seemingly effortless blends fusion, metal, prog-rock, blues, and jazz; a phenomenally diverse bassist who has worked with Steve Vai and Joe Satriani – and who’s upcoming and monumentally brilliant solo album Scenes From The Flood has gone straight to the selected group of my favorite ever instrumental albums, along with those of Jeff Beck, Mahavishnu Orchestra, Al Dimeola to name a few – and a human-octopus, a musical polyrythmic machine last-named  Minnemann, the guy who developed a drum technique called “Extreme Interdependence”; you are up to hear and watch one of the best all-instrumental bands of our times (or history to be completely accurate). The abilities on display while these guys are tearing up are borderline insane, is truly hard to fathom how good they are, and you feel afraid to even blink while such onslaught of instrumental prowess pours in front of your eyes. There are too many drool-generating and mind-numbing moments during their live set for me to be able to convey them with mere words. 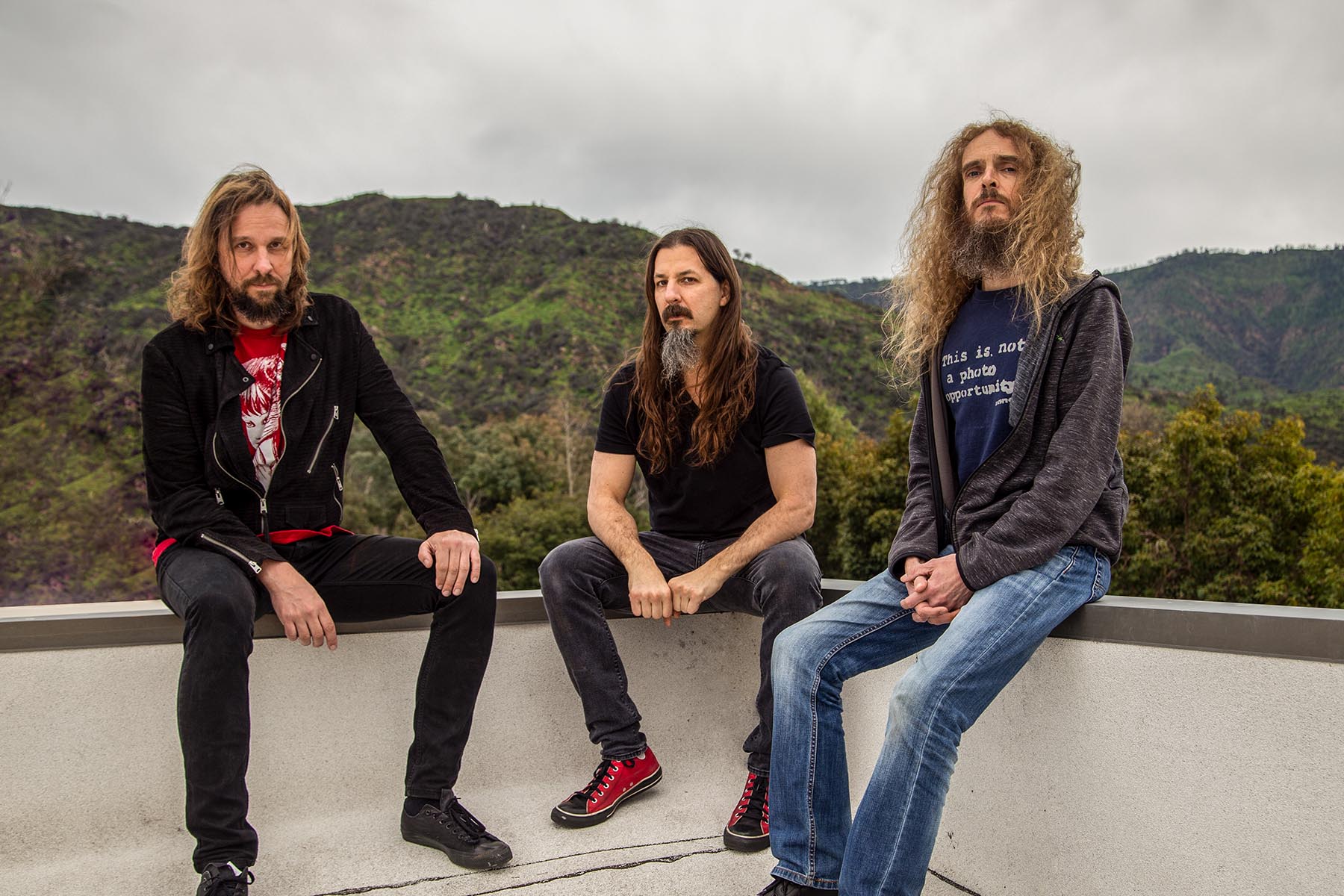 Nonetheless, what makes The Aristocrats truly special is not simply connected to their musical enormity, how impressively they weave and hold together fierce and off-putting time signatures and synchronized grooves, or how much energy their compositions exude. It’s the connection they establish with the audience, and their unassuming goofy attitude, which was born precisely since the moment they chose the band’s name after an age-old comedic joke to which Govan referred to as “the twelve-bar blues of stand-up comedy.” Beller and Minnemann took the leading roles in engaging with the fans in a really comedic banter, and even when Govan didn’t talk as much as his comrades did, his anecdotes enacted deafening laughter in more than one occasion.

Wayfaring through tracks from their 4 studio albums, they sprinkled the interpretations with introductions from the situations which inspired them: “The Kentucky Meat Shower” after the 1876 incident, “D-Grade Fuck Movie Jam” after a phrase used in a terrible review they received in a local newspaper the day before playing a show in that city (of which Bryan preserves the original printed piece), “Last Orders” after the limitations on hours for selling alcohol imposed in the England pubs, and so on so forth. If I’d had to pick a favorite moment from a set that flew by at accelerated speed (as it always happens when one is having such a great time) I’d have to mention their rendition of “Get it Like That” – which incorporated an extended, unconventional and by all means other-worldly drum solo from Marco and ended with merciless guitars riffs paired with a resounding double bass attack –; the unorthodox snippet of Pink Floyd‘s “Another Brick In The Wall” in which Marco and Bryan squeezed a pig and a chicken toy respectively during the segments where the lyrics are sung; and the Mexican/tango infused “Smuggler’s Corridor” with extended vocalization by everyone in attendance following Bryan and Marco’s cues, were highlight moments of a memorable night, in which three highly-gifted musicians showed us how you can create extraordinary difficult yet highly listenable compositions by putting collective egos aside and coming together as a unit in which each member shines at the appropriate time and place.

Unlike other “super-groups,” The Aristocrats do not treat music as an opportunity to play a bloated heap of notes at a high rate of speed, solely for the sake of playing them. They instead know how to use their musical proficiency to convey thoughtful jazz-fusion/progressive soundscapes with a perennial side of humor, a combination that makes their classy aristocratic splendor a true one of a kind.