As the decade draws to a close, The Who continue to cement the influence of their epic legacy in the spotlight, spending most of 2019 on a tour of legendary proportions. With their Moving On! Tour, The Who has drawn crowds large enough to prove that fans of rock and roll are all but ready to move on. The group set out aiming to wow audiences with a two-hour set comprised of some of their most recognizable works, doubling down with accompaniment by local symphonic orchestras at each of the 32 tour locations. On September 20th, original members of The Who, Roger Daltrey and Pete Townshend, took the stage at BB&T Center in Sunrise, Florida, to an expectant crowd. 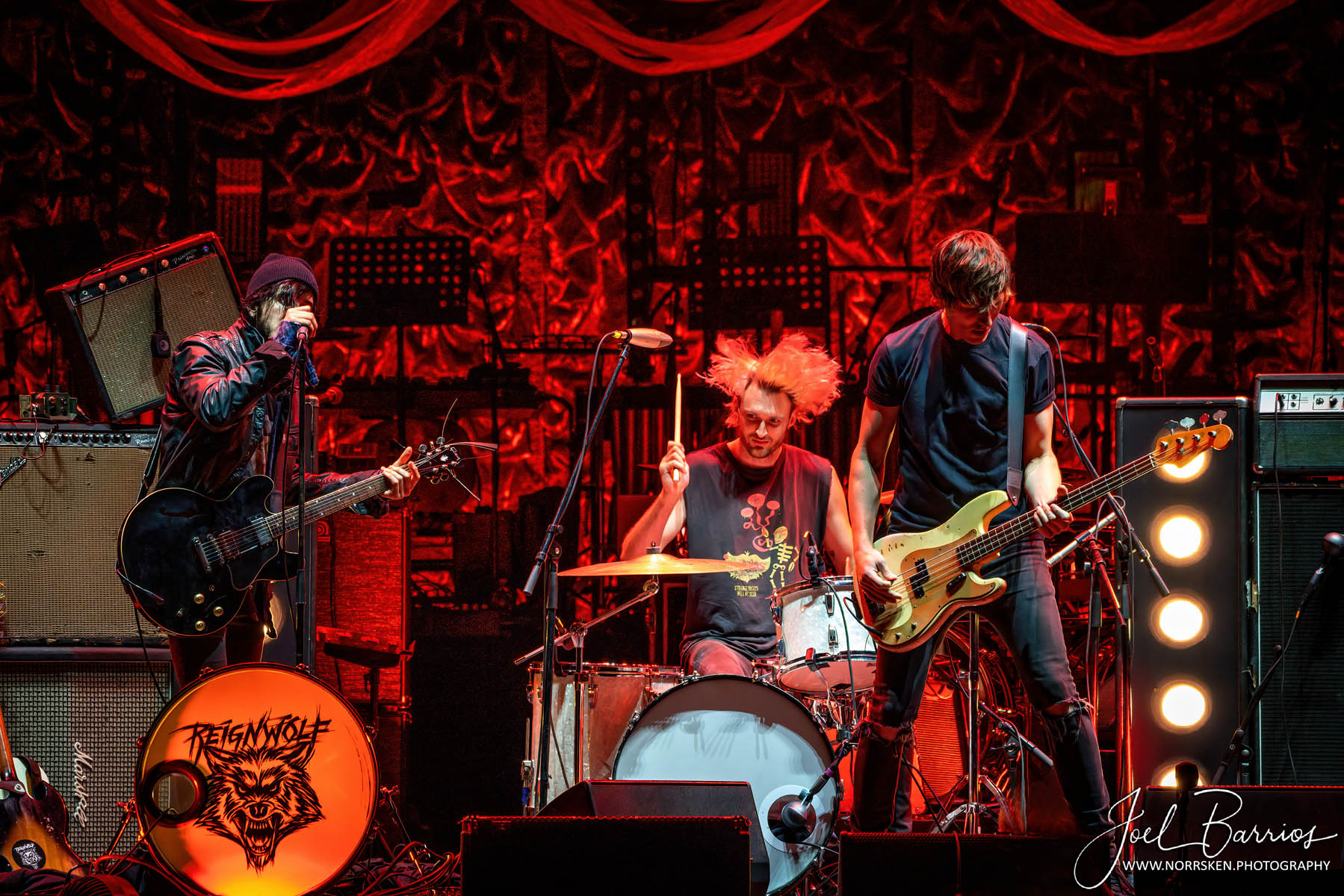 Opening the night was rock band Reignwolf, given the difficult task of exciting an audience anticipating one of the most recognized names in music. With just six songs to win over the assembled masses, Reignwolf had a tight window to accomplish the impossible. But by the end of their set, which included their hit song “Are You Satisfied?,” they had proven they had the strength to stand on the stage which giants would soon grace. With guitars that were bluesey in some passages, and electrified in others, the versatile stage presence was an appropriate appetizer for the monster set that would dominate most of the evening’s play time. The spirit of rock was alive and well in Reignwolf, with guitarist and vocalist Jordan Cook eagerly lapping up every moment spent in the spotlight, holding his guitar as though he never wanted the night to end. 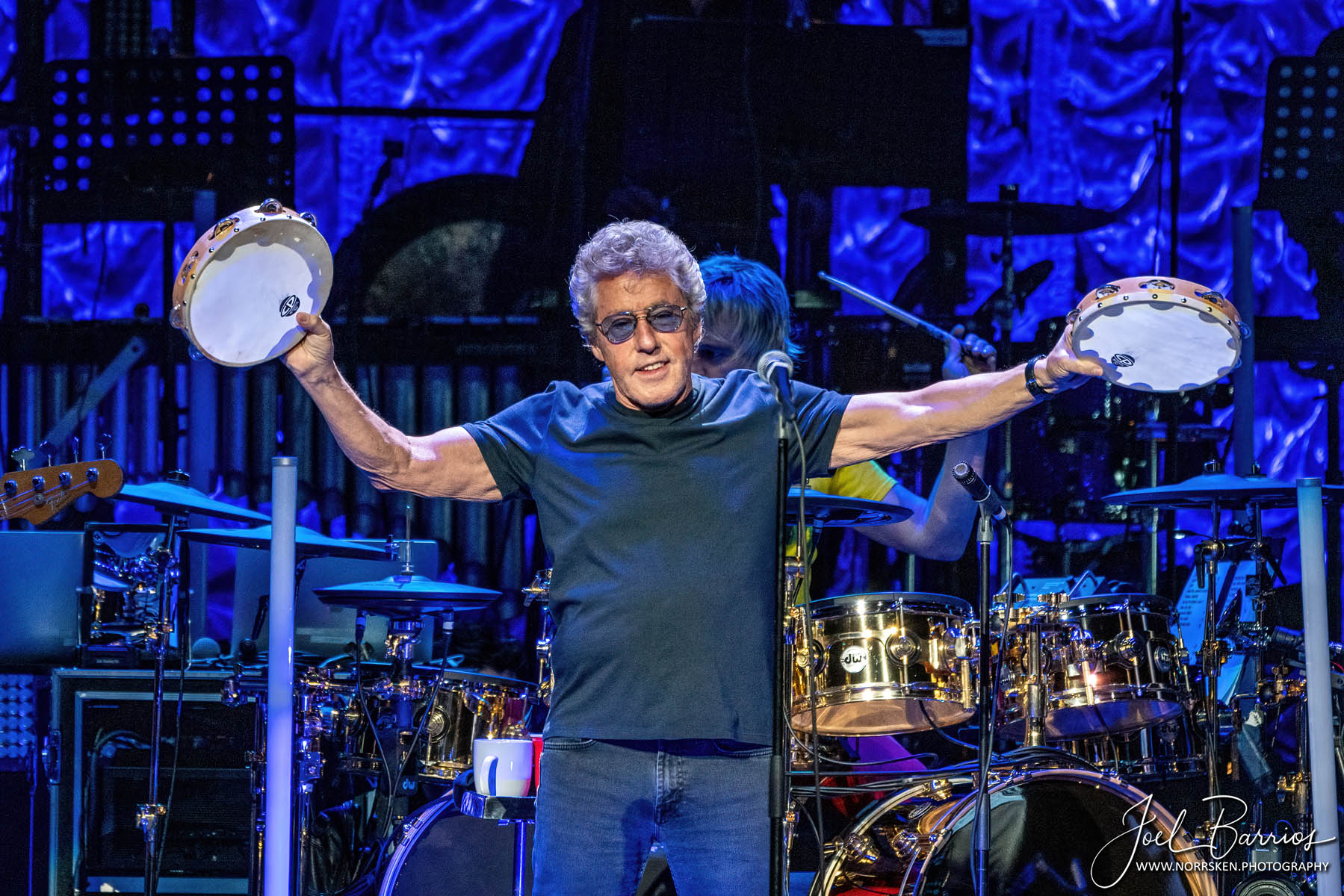 The Who had teased a tour of such grand proportions that its scope was nearly unimaginable, but this temptation bred excitement over guarded skepticism. Two hours of live performance is a marathon for the youngest and brightest musicians in the industry, but with both Daltrey and Townshend reaching well into their seventies, a 22-song set is tantamount to Mount Everest. But in both stage presence and in technical capabilities, neither artist showed their true age for a moment. With the powerful backing of a polished orchestra surrounding them, both artists were propelled to heights never seen before, carried by the power of dozens of musicians demonstrating the discipline of their craft. The set leaned heavily on their most popular rock operas, focusing on a medley of songs from both “Tommy” and “Quadrophenia,” which was appropriate considering the heavily symphonic setting. The orchestra was both the propellant and the inhibitor of the show; the precision of orchestral musicians occasionally constrained a genre of music known for its fluidity and spontaneity. However, neither Daltrey nor Townshend faltered as the conductor allowed the orchestra to charge ahead in their thrilling support for hit songs including “Pinball Wizard” and “The Real Me.” 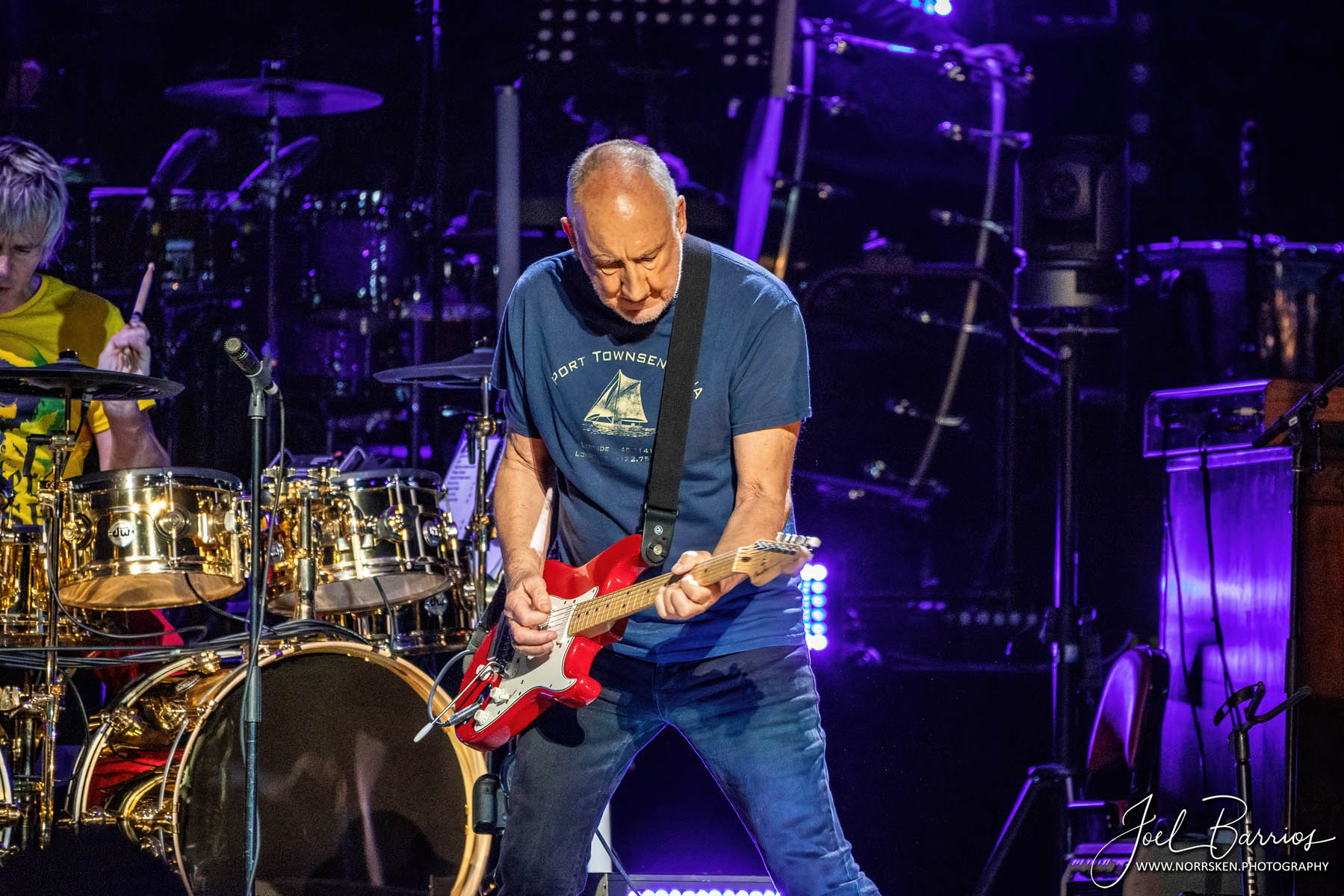 All elements of the show, from the orchestra, to the set, to the lighting, was handcrafted to create an unforgettable experience for fans of all generations. To an audience that had gathered in the popular sports arena, the bombardment of lights and sounds rounded out the iconic tracks that had once claimed Billboard spots for years at a time. While the band played portions of their set both with and without the orchestra, the well-loved personas that the audience came to know and love was ever-present throughout the night. The iconic “Baba O’Riley” ended the night, with Daltrey and Townshend looking proudly over just a small microcosm of the empire that they have spent decades building. The curtains may have closed on yet another show of the Moving On! Tour, but it seems that The Who isn’t ready to surrender the fire of rock just yet.

I Want You / Over and Over / Black and Red / Keeper / Electric Love / Are You Satisfied?