A question came up on my Facebook feed a few weeks ago: “which opening band blew the headliner away when you saw them?” Immediately, the Joyous Wolf came to mind. I saw them open for Buckcherry on August 2019 at The Phoenix Concert Theater in Toronto (check out my review here), and with all due respect to Buckcherry, I left that show with a grin on my face from seeing the young blooded Joyous Wolf kick ass. So, as soon as they announced a live stream from the Whisky A Go Go, there was no way I was going to miss it!

For those who are not familiar, Joyous Wolf formed in Orange County in 2014, and are seriously determined to bring the good old magic from the Zeppelin days back into the airwaves. Singer Nick Reese not only has the pipes for such a task, but also shows an amazing stage presence, with dance moves that would easily grant him a spot on Cirque Du Soleil if he was up for a career change. Drummer Robert Sodaro and bassist Greg Braccio are a tight unit in the rhythm section, while guitarist Blake Allard is free to explore many different sonic avenues.

The show at the Whisky kicked off with “Odyssey” and continued with “Undesired,” which had a drum outro that would make John Bonham proud. They did have a few problems with the mix, but that was solved halfway through the live stream after a short break. While their sound does borrow a few elements from the path once tread by Led Zeppelin and The Black Crowes, they have time enough on the road and in the studio to have come up with their own unique blend.

“Quiet Heart” was probably the highest point of the night, moody on the verses and explosive in the chorus, with a seemingly endless guitar solo. “Karma” sped things up a bit, with a grungier edge and great vocal melodies. It’s evident how these four guys give their blood and soul on the stage, and one can only imagine what it’s like for a band that enjoys so much playing live to not be able to tour.

“What You’re Worth”, a song that Nick wrote for his younger self, is a pensive number, with the band stretching out their abilities to create an atmospheric track. ‘Said Too Much” is another Black Crowes-infused track, with Nick showing the attitude of Mick Jagger and Chris Robinson combined, with sprinkles of David Lee Roth.

If you think Joyous Wolf is all about revisionism, think again, because the lyrics to “Place in Time” will set the record straight: “Live how you want to live/You want to live/I want to live/In my place in time”. During the live stream, before introducing the closing song “Mother Rebel”, the band made a point of namechecking other acts such as The Struts, OddFellas and Dirty Honey, who are keeping the flag of “new rock” flying high. Through non-stop touring they developed a young and dedicated following, and that suggests they have a lot of room to grow in the upcoming years. Don’t believe Gene Simmons: rock and roll not only is not dead, but based on the Joyous Wolf’s performance tonight, it’s as healthy as it ever was. 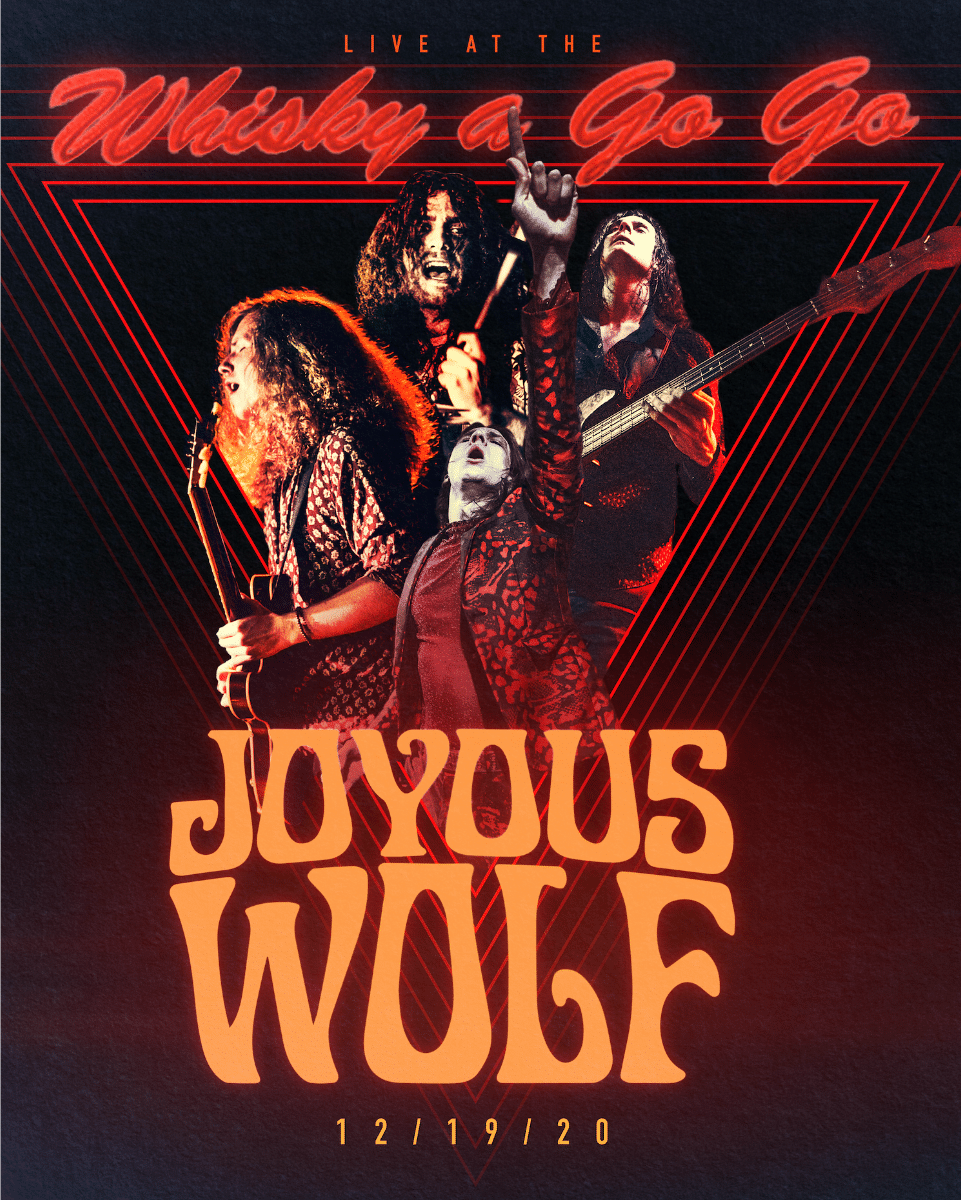