Currently on a lengthy North American tour to promote their latest album Warpaint, Buckcherry made a stop in Toronto at the Phoenix Concert Theatre last August 06th. Showcasing their unique blend of punkish attitude and sleaze rock, they brought in tow the newcomers Joyous Wolf, which were a pleasant surprise. Just before the show I had the opportunity to talk to Josh Todd, and you can listen to the audio of our conversation below.

I must admit I didn’t know what to expect of Joyous Wolf, and had no time to check out their songs prior to the show. And judging by the puzzled faces in the audience, not many people seemed to know about them either. But the flamboyance of singer Nick Reese won the crowd in a millisecond, and he didn’t stop dancing and swirling right until the end of their set. Blossoming with youth, he exudes the confidence of Mick Jagger, and the humor of David Lee Roth. Joyous Wolf are a four-pice like Van Halen or Aerosmith, where the main explorations are done by the singer and the guitar player, while bass and drums hold the fort and keep the pace. 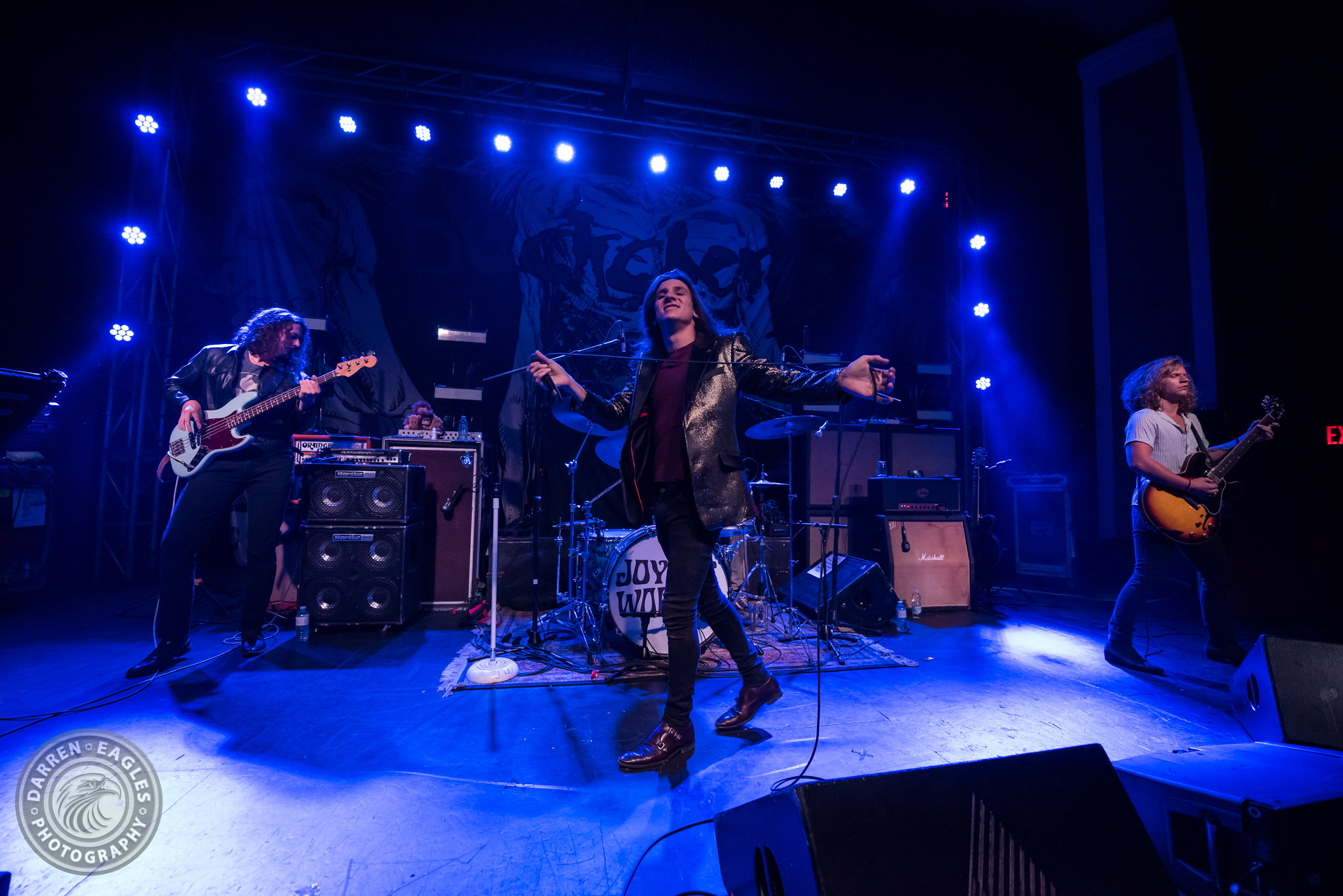 Sonically, these Californians sound like a modern day Zeppelin, but without the feeling that they’re copying or mimicking what they did, like one may feel when listening to Greta van Fleet. With no time to spare, they kicked things off with the frantic “Undesired”, and left no time to breathe in their short set. The highlights were the blues-infused, stadium-ready “Said Too Much” and the quasi-Black Crowes closer “Quiet Heart”, where Derek jumped from the stage right onto the floor of the theater, and continued singing until the end of the song. A reassuring feeling dominated the crowd after their show – the feeling of knowing there are bands that can carry the torch of the great bands of the 70’s, without sounding like they were copying them. 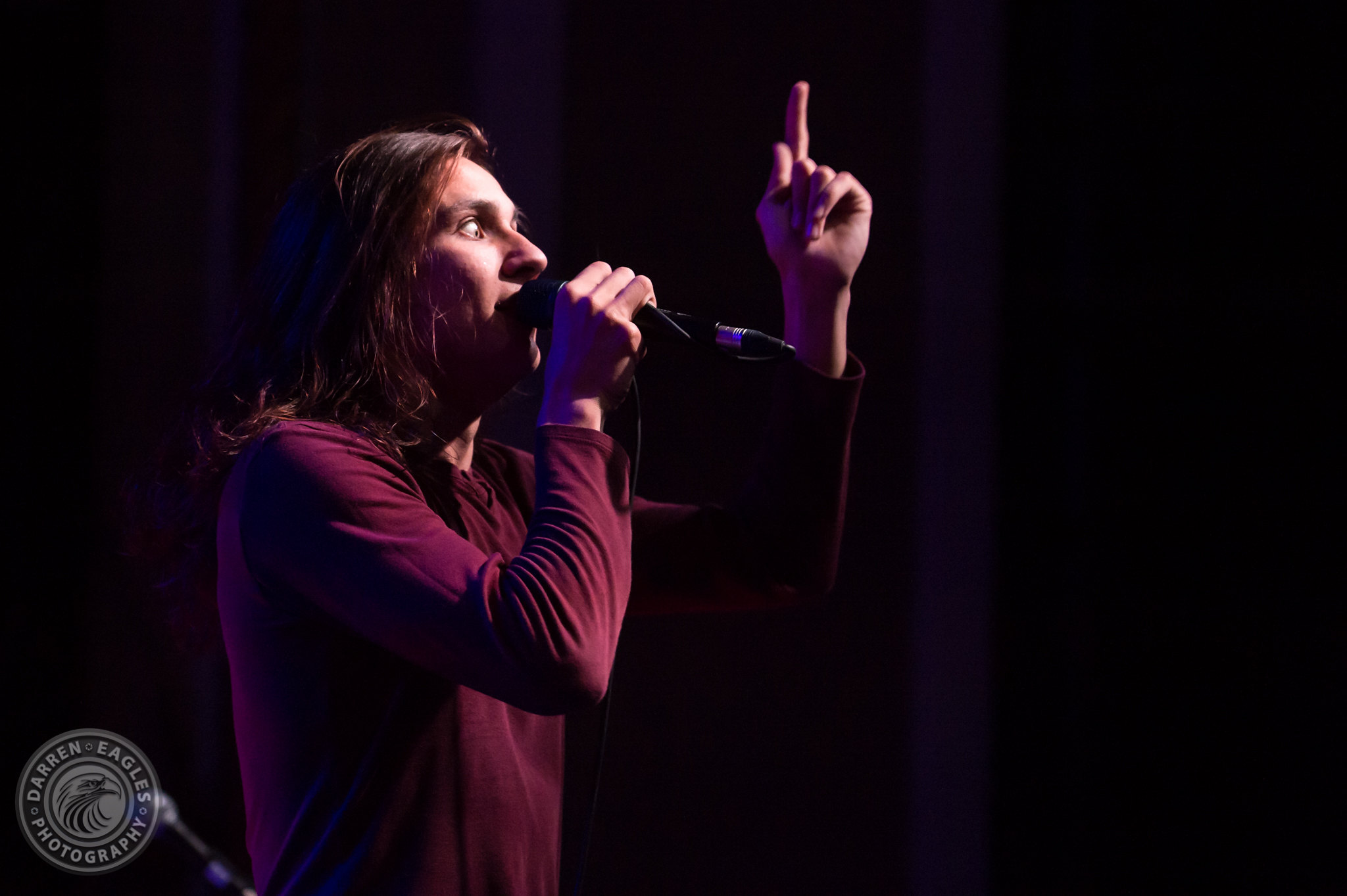 Buckcherry entered the stage with a bold move, opting to kick things off with a song from the new album. Their take on Nine Inch Nails’ “Head Like a Hole”, with less industrial tones and more grit than the original, ignited the house. Singer Josh Todd was sporting a buttoned up long sleeve shirt which everyone knew wouldn’t last too long on him. Two more high points off their new album Warpaint were also played early on: the fast paced “Bent” and “Radio Song”, which was crafted to be their own “Purple Rain”. Their backdrop had a skinny and naked torso with wings, which was also depicted on a shirt which seemed to be selling fast at the merch stand.

A long standing number in their sets, “Lit Up”, the cocaine-alluding hit of the band’s first album, got everyone excited, and ended with a great solo by Kevin Roentgen. The anti-establishment, funky and punk “Somebody Fucked With Me” also got a rousing response, especially during the chorus. At that point, Josh was already exhibiting his intensely tattooed torso, something that was not ignored by the female contingent of the audience. He teased and pranced on the bluesy “Right Now” and “Tight Pants”, and one could tell he’s the consummate example of someone playing to his strengths. He knows exactly what his voice can do, and does the best with what was presented to him.

With the audience greedy for the hits, the band could not avoid songs like “Sorry”, “Gluttony” and “Crazy Bitch”, which understandably, got the best response. These are songs that they simply can’t not play, and along with the very literal, self-deprecating, Red Hot Chili Peppers – influenced “Too Drunk to Fuck”, worked like fuel to the audience’s fire. Most of those present were in their mid to late 40’s, and saw no point in disguising their wish to go down a trip to memory lane, whose soundtrack was happily provided by Buckcherry.

One more song from Warpaint, the cadenced “The Alarm”, and it was cover time: a medley with Kenny Loggins’ “Footloose”, Kool and the Gang’s “Jungle Boogie” and Ike & Tina Turner’s “Proud Mary” brought a lightness to their set, and saw the band jamming, improvising and alternating vocals with the crowd. The cathartic “Say Fuck It” was the ideal choice to close the proceedings, and it was sung in unison by a crowd who seemed to want to convince themselves that it was OK to stay up late on a busy weeknight like this one. 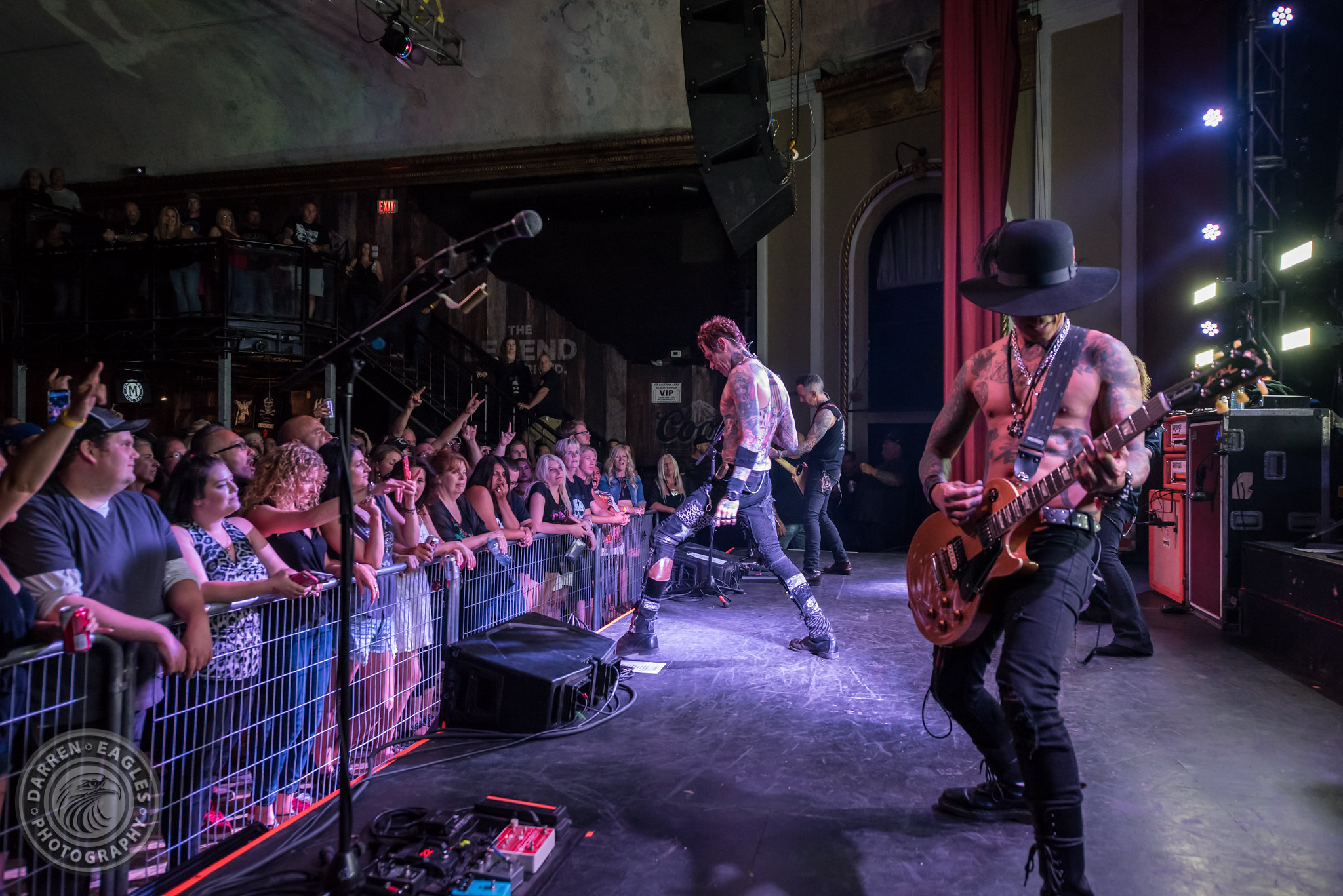 Sticking to their guns and betting on what they know they can deliver, Buckcherry balanced their set rather well, and those once-bohemian-now-turned-family-men seem ready to face the remainder of the year. At the end of 2019, this band will have played almost 150 dates, and they show no signs of slowing down. This triumphant run in North America will be followed by dates in Australia, Asia and Europe, and if they’re ever playing close to you, do not miss the chance to see them and party like it’s 2005.