It has become one of the worst-kept secrets of the modern music scene that when you are looking for a place insulated not only from the cold, but also from the wayward whims of mainstream influences, Sweden may collectively be your Huckleberry. Whether black metal, symphonic metal, horror rock or ABBA, the Kingdom of Sverige has the prescription for every variety of the freaky blues. Should reto-80s melodic AOR rock be your jam, worry not; Stockholm has a literal Work of Art for you.

Since their 2008 debut album, “Artwork,” the trio known as Work of Art have been, well, working on their art. With an increasing amount of polish over three subsequent albums, all with art gallery-themed titles, November 2019 brings us their latest attempted masterpiece. “Exhibits” is an eleven-track return to the glory days of Toto and Journey, with a smattering of modern polish and contemporary compositional sensibility.

After trying on several vocalists in the formative years, the band always came back to Lars Säfsund, who remains the voice of the band today. He is supported by Herman Furin on drums, and Robert Säll providing guitars and principle guidance in composition. You will also recall Robert Säll as one-third of part-time supergroup W.E.T., along with Eclipse’s Erik Mårtensson and the legendary Jeff Scott Soto.

That being said, regardless of how good this album is in executing upon its mission, Work of Art may not be for rockers of every stripe. On a heavy scale, with one being John Denver and ten being Cannibal Corpse, Work of Art measures right around a Survivor or a Loverboy. If that is in alignment with your musical parameters, even on some days, then we have good news. This album is great, and consistently solid throughout. 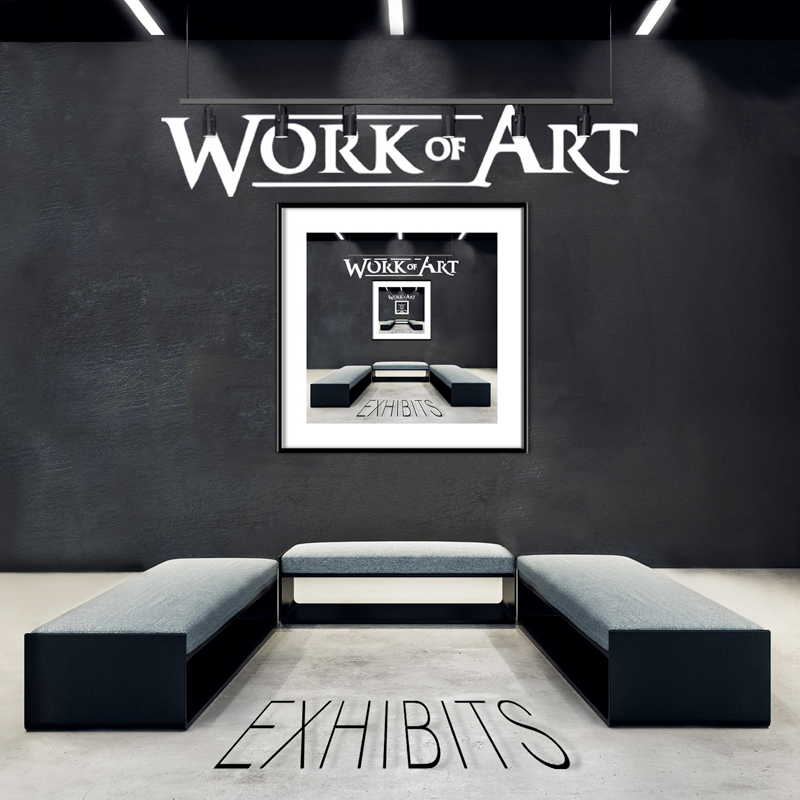 From the almost fusion-funk intro of the opening track, “Misguided Love,” to the weirdly nostalgic Eurhythmic – Blade Runner – Foreigner end of the album “Let Me Dream,” it is all very listenable and accessible. If you have a snowy Thanksgiving ride to visit family, you could hardly hope for better road music, at least in the way of something fresh. This is some of the best retro AOR we have heard since last year’s Airrace comeback album. Lars’s vocals are right in that Lou Gramm / Bobby Kimball vein of radio-friendly ear-pleasing rock. The album also enjoys a rotation of talented gest keyboardists, although one particular guest single-handedly puts one track head-and-shoulders above all others on the album. The one and only Vince DiCola (of Transformers and Rocky IV fame) provides the keyboard solo on the fourth track, “This Isn’t Love,” with magnificent results. Granted, he may just be a small piece of the song, but the whole song is composed to sound like classic DiCola in the first place, and it is just a great little tune.

Whether you are in the process of aging gracefully after decades of listening to the greats of melodic hard rock on the radio, or if you are a new generation who feels something special when you hear tracks like Haken’s “1985” or Night Flight Orchestra’s “Turn to Miami,” you are sure to get some great spins out of this new disc from Work of Art. The album is still fresh out of the oven; get some of grandma’s cookies right here.

The melodic classic rock band known as Work of Art continues to refine their craft. Their debut album was solid, and every one since has just been better. 2019’s album, “Exhibits” is no exception. From beginning to end, it is just so very listenable. The members met in music school, so one can only hope their songwriting professor gave them an “A.” We at Sonic Perspectives certainly do