Let’s face it—the name We Came from Space sounds like a grade B sci-fi flick from the ‘50s.  Or a cheap comic book about strange aliens zapping Earth with cosmic death rays. There’s no way it could be a progressive-rock band.  Could it?

Well, yes, that’s exactly what it is – and a surprisingly one.  The unit came about six years ago when high school buds Bill Hubauer (The Neal Morse Band) and Dave Buzard reconnected and decided to make music.  The result was a 2013 album called How to be Human, which, for the most part, came and went without a lot of fanfare. The band did few gigs to push the release, and Hubauer had yet to make a big name for himself with Neal Morse. The founders planned on a second album, almost as soon as the first one came out.  But for a variety of reasons, it took five years for the sophomore effort to blast off.  While You Were Away is a rocket headed toward the stratosphere and beyond.

The countdown begins with “A Light Never Ending,” a short piece that starts with strange noises before a beautiful acapella presentation of the song title.  This is going to be an album that showcases the vocal strengths of the members—not just Hubauer, but guitarist Buzard and bassist Dave Hawk all take the lead at various times, and the harmonies are tight and bright. “We Came from Space” immediately follows, with a space-age “Kashmir” crunch that then gives way to a lovely, languorous section highlighting Hubauer’s keyboard prowess—and a nod to Styx’s Dennis DeYoung.

The music continues over  a total of 12 tracks. “Vivid Colours” (note the British “u”) reminds one of a harder edged ELO “Mr. Blue Sky” with its music hall instrumentation and rhythm.  And that raises a point about We Came from Outer Space: it wears its influences well, nodding to the past while putting its own unique stamp on the music.  The listener—me in this case, of course—can hear what he or she wants to, flashing back to earlier times.

Which is why “Pieces of the Sky” took me back to “Calling Occupants of Interplanetary Craft” by Klaatu, circa 1977.  The spacey, drifting, lovely tune meanders in a catchy sort of way.  This one will stick in your head and have you humming all day. “All Rights Reserved” is a jarring (not unpleasantly so) change of pace, a prog-ska tune with a nod to The Police.  “Business as Usual” is the most straight-ahead rocker on the album, propelled by Tim Malone’s strong back beat.  It features a great organ break from Hubauer, whose work, as usual, is stellar.

“Eye to Eye” is the longest cut, clocking in at just under seven minutes (there are not big prog epics on While You Were Away).  The Supertramp‘s “Logical Song”-keyboards are accompanied by some strong Buzard guitar work that keep the music from becoming treacly (how’s that for a description?).  And then that moves back into a straight-ahead rock featuring the plaintive sounds of Hubauer’s singing.  This piece is one of the most satisfying tracks on the album. “Out of Phase” breaks in with crunchy guitars and keyboards that would do mid-‘70s Kansas proud.  But that moves into a section reminiscent of Traffic and “Empty Pages.”  It’s a nice juxtaposition. 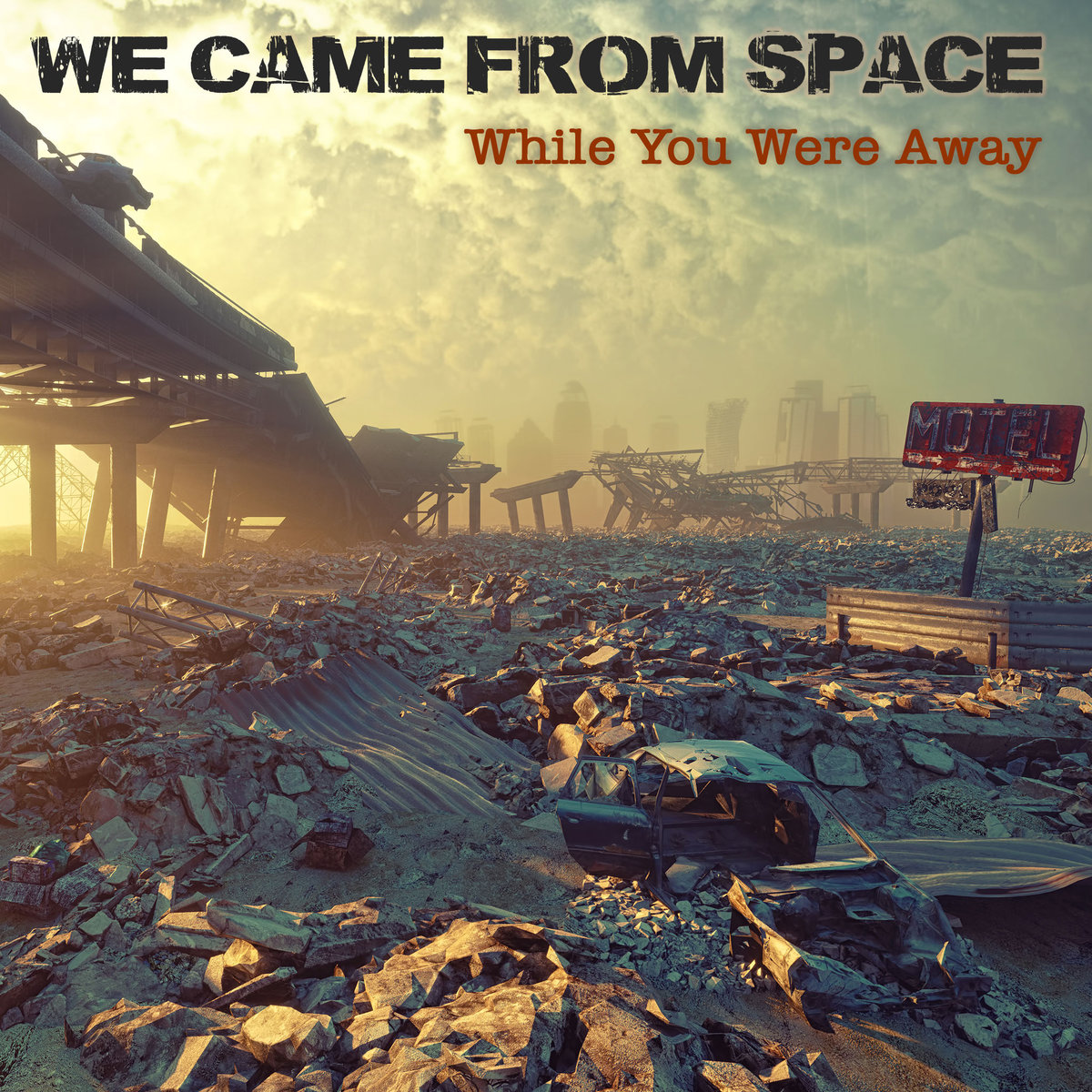 “While You Were Away” Album Artwork

I know what you’re thinking—how much Neal Morse Band will you hear in this?  And the answer is… at least some.  Hubauer’s voice guarantees that, but there are also some chord progressions and rhythms that came from ideas that didn’t make the cut for for Bill‘s mail musical outfit.  That said, this isn’t Neal Morse-lite.  It is different; While You Were Away is something all its own.

If you’re like me, you’ll be checking out the lyrics as you listen.  And on first listen and read, I was struck by how angry the words seemed to be.  “Sometimes Nothing” is a good example:

Somethings, will never see the light of day
Sometimes, the anger never goes away

Hubauer and the two Daves say it’s not really anger, more frustration and disappointment that they express in the songs.  Point taken.  And there is a certain “tongue-in-cheek” flavor to the lyrics as well, a depth that takes them beyond mere polemic (another big word!) and into thoughtful consideration.  There’s also an element of hope.  These middle-aged men may be a bit cynical but they haven’t given up.

They haven’t given up on We Came from Space, either.  This probably won’t be the last we hear of them, and that is a very good thing.  While You Were Away is a wonderful mix of prog and pop and rock, an interesting presentation by some experienced and creative musicians who have much to say.  I’m reserving my seat for their next mission into the cosmos.

Released By: Self Released
Release Date:  May 15, 2018
Genre:  Progressive Rock

“While You Were Away” Track Listing:

“While You Were Away” is an exciting and interesting mix of styles and genres, created and performed by veteran musicians at the top of their game. The influences are apparent - not rehashed, but presented in intriguing songs that stand on their own