In an era where an entire symphony can be conjured by a single soul in the warmth of a quiet studio, there is an inescapable draw of bands that commit to the true presence of orchestration in their music. There is something more to be said for a collaborative project that coordinates the musical talents of seven musicians alongside a number of other contributors for a final work that seeks to make its mark in a scene crowded with talent desperate to be seen. Branding themselves as alternative melodic metal, Finnish metal band Velvet Ocean have burst out of the gates with a debut album that is as richly layered as the sea. The culmination of many years of patience and collaboration, “Purposes and Promises” brings the angelic grace of symphonic metal to mesh with melancholic sorrow reminiscent of alternative rock.

By just glancing at the instrumental contributions on this album, it would be impossible to conjure a precise vision of what “Purposes and Promises” may shape up to be. With the talents of two guitarists and a cello player taking the tally to seven core members, Velvet Ocean has skill in not just songwriting and composition, but in balancing the conflicting talents of an array of musicians. Rather than a crutch to build a symphonic empire, Arto Alikoski’s cello is used to bring unexpected warmth to the cold and pensive vocals of front-woman Riitu Ronkainen. Similarly, the keys that weave throughout “Purposes and Promises” give context and texture to the two guitarists that seek to balance a sharper metal edge beneath the soaring soprano that sometimes dominates the mix.

Mastered by none other than the illustrious Jens Borgen, there was no shortage of talent touching “Purposes and Promises” before it saw the light of day. The first track that truly distinguishes the album is third track “Requiem,” with clean instrumental contributions from dueling guitars that lean towards a more purely melodic style, given adequate room to breathe amongst the more routinely symphonic elements. For such a strong voice leading the charge, Velvet Ocean does a superb job of tempering the loftiness of Ronkainen‘s voice with the deeper notes of cello and bass. Also dodging the pitfalls of an album which stays lodged at a mid-tempo slog, fourth track “Butterfly” brings an early taste of a near ballad, slowing the pace and giving the cello center stage. By slowly adding in instruments as the song progresses, its energy grows with a natural enthusiasm, leaving the listener entirely enthralled by their genuine approach to an emotional atmosphere that is meant to be all-encompassing.

Bringing further excitement is lead guitarist Jake Ronkainen, who not only brings clean riffs to center stage in a number of impressive solos, but also contributes vocals on “Truth or Illusion” and “Lullaby.” A cleaner step from the usual gravel used to offset a female lead, the contrast on “Truth or Illusion” adds a fitting and natural contrast to a track that leads more on the melodic touches of bright keyboards and vivid guitar. This track also proves twice over that Velvet Ocean are driven with intention to make an album that brings both speed and melody, including an aggressive opening and high-octane closing for an invigorating kick after a number of more restrained tracks. 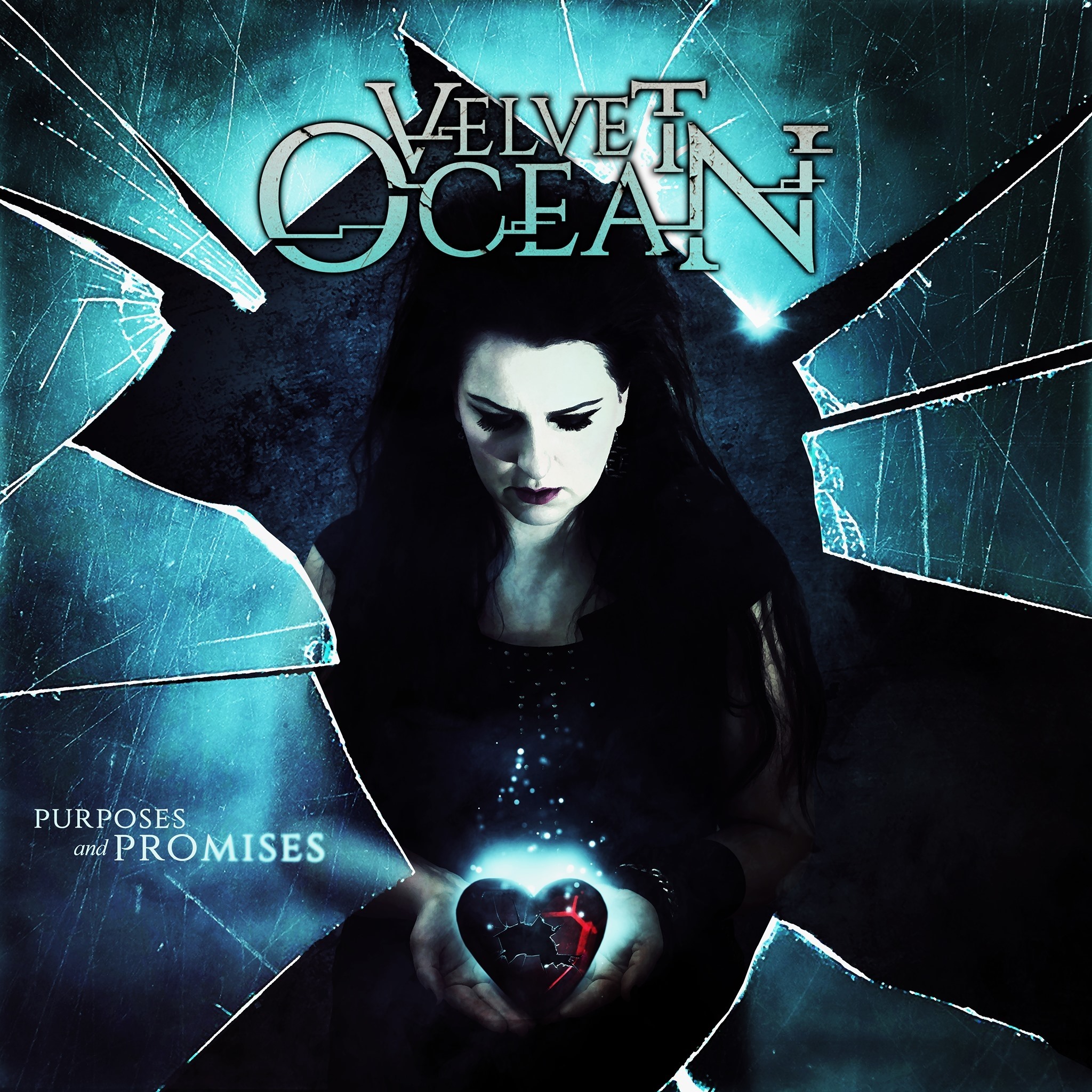 The variety across the album, and even within tracks, is what leads “Purposes and Promises” to feel like a truly collaborative work. Where certain intros allow Alikoski to lead the charge, bridges infuse themselves effortlessly with keys contributed by Jami Alaverronen, and verses ride the waves pulled from the strings of Ronkainen and Jani Lehtinen. Though there are certainly moments where the grace-filled cliches of symphonic and melodic metal dominate, the distinct edges and free flow between instrumental leads allows Velvet Ocean to keep a dynamic atmosphere and consistent pace throughout the duration of “Purposes and Promises.” Though Ronkainen’s vocal range is never pushed far beyond a somewhat defined comfort zone, her inflection is strong enough to keep up with those tracks that include a sharper edge, including closing track “Salvation.”

Emerging with a debut that is certainly promising for a strong career, Velvet Ocean have shown themselves to be adept at both captivating songwriting and artists in balancing the contributions of a great number of artists. Songwriting that takes into account the varied cast of musicians is just one strong point of an album that tastefully mixes the decadent indulgences of melodic metal with touches of speed and aggression. Crisp throughout and a clear product of focused production, “Purposes and Promises” is a demonstration of the depth that can be created through the dedication and collaboration of artists committed to making music that is uniquely their own.

A genuine and well-balanced piece of metal that balances the many talents of seven musicians, the depth offered by Velvet Ocean’s debut is both captivating and engaging. Complex in composition while still remaining highly accessible, “Purposes and Promises” dodges the cliches of symphonic metal without giving up grandeur and majesty.