Almost forty years ago, the Dutch hard rock alchemists Vandenberg hit the waves with a sound that very much in line with the music of the early 80’s. Riding on the coattails of bands like Rainbow, Led Zeppelin and Deep Purple, they released three solid efforts and toured the US, Japan and Europe playing with the likes of Ozzy Osbourne, KISS, Rush, Scorpions, Michael Schenker and more. Their success led to Adrian Vandenberg’s collaboration with Whitesnake, with whom he toured and recorded for over a decade.

Adrian would go on to form the super-group Manic Eden, with Litte Caesar’s singer Ron Young, and more recently, he has shown his cultured ability is firmly intact with Vandenberg’s Moonkings. His desire to have a more consistent touring schedule led him to reform the band carrying his name, with musicians whose lifestyle allowed for more time on the road. Enter bassist Randy van der Elsen (of NWOBHM heroes Tank) and drummer Koen Herfst, (Bobby Kimball, Epica and Doro), two experienced players with fire in their bellies and a lot to bring to the table. And on the singing department, Adrian pulled a master stroke by bringing in Chilean born Ronnie Romero on vocals. Ronnie has forged a formidable reputation over the past few years with Ritchie Blackmore’s Rainbow, and is also the front-man of of Spanish metal outfit Lords of Black.

The next step in the new incarnation of Vandenberg would be to record a new album, and thus, “2020” was born. Produced by Bob Marlette (Black Sabbath, Alice Cooper, Marilyn Manson, Rob Zombie), the new effort showcases Adrian’s ability to create memorable riffs, and puts Romero’s unmistakable howls in the forefront. As the history of these players suggests, the end result sounds like the missing link between Whitesnake and Rainbow, and updates the group’s sound to the new generation of hard rock fans. If that wasn’t enough, aside from the solid lineup, there are also two celebrated guests on the album, namely bassist Rudy Sarzo (Whitesnake, Ozzy Osbourne, Quiet Riot, Dio, Operation: Mindcrime) and drummer Brian Tichy (Whitesnake, Ozzy Osbourne, Foreigner, Billy Idol).

“2020” kicks off with a quick drum roll and in-your-face guitars, in the fast paced “Shadows of the Night”. The “muscular riff + memorable chorus” formula is employed successfully also on the follower “Freight Train”. The way Romero’s wails and Adrian’s tasteful licks feed off each other does draw the listener’s attention, but what happens in the background is equally worthy of praise. Koen Herfst is as solid a drummer as it gets, and Randy van der Elsen admirably holds the fort at the low end.

“Hell or High Water” is another high point of the album, with a riff that is reminiscent of Bad Company or Free, with a modern take. Romero pours his heart and soul on this track, and Adrian’s solo would make the other Dutch guitar player whose surname also starts with Van very proud. This one is followed by the moody breakup tale of “Let It Rain”, a soulful ballad with lots of breathing space between the instruments, which would fit in like a glove in the repertoire of a singer like Adele or Sia. 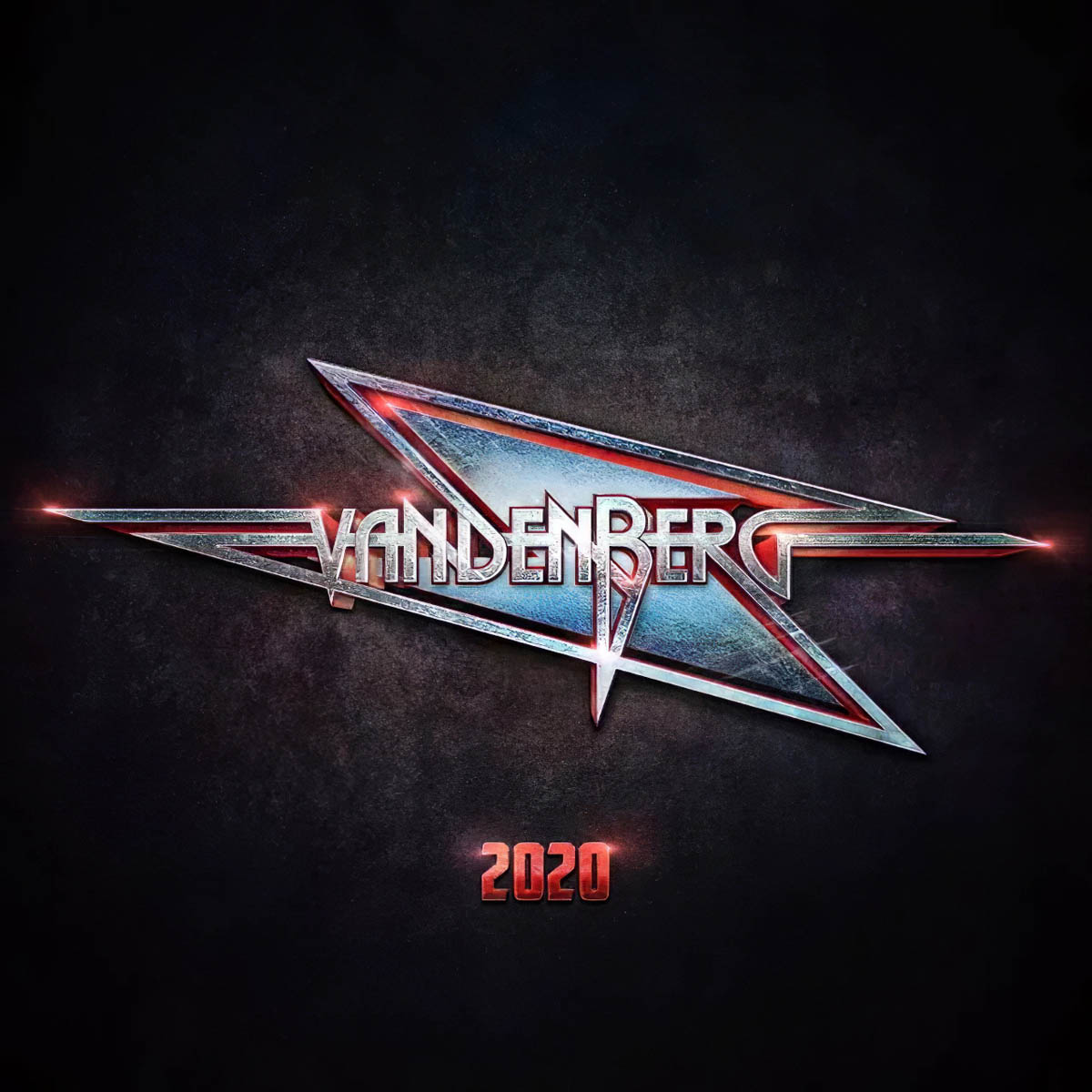 In the absence of new Rainbow material, Adrian stretches out his Blackmore muscles, with the main riff of “Ride Like the Wind” evoking the ever-so-serious Richie style, and a chorus that is quite a feast for AOR fans. ‘Shout” is a mid-tempo thumper with a flanger effect applied to Adrian’s guitar, a chorus carefully engineered to be sung live, and an overall feel of a modern day “Slow and Easy”.  And while we’re addressing songs that allude to Whitesnake, “Light Up the Sky” sounds like a distant cousin of “Bad Boys”, from 1987, but of course with tone and mix that are more appropriate for this day and age.

While for the most part the material on “2020” was written with Ronnie Romero’s abilities in mind, at least on one song that is not the case. Not that it matters anyway, because on the re-recording of the hit song “Burning Heart”, from the first incarnation of Vandenberg, his voice soars high, and he shows why he’s one of the most sought after singers of his generation. With no disrespect to the band’s original singer Bert Heerink, who did an amazing job on this track when it first came out, I dare say that this version is much better than the original. While some might find Ronnie’s raspy tone a little bit off-putting, there’s no denying that the man has a uniqueness in his voice, a quality that is increasingly rare in today’s music business.

The home stretch comes in the shape of “Skyfall”, a track that explores different moods and atmospheres, showing the mellower side in the verses, but exploding into another chorus of mammoth proportions. Talk about ending an album on a high note!

Production-wise, Bob Marlette hits the nail on the head, with the perennially difficult equation of how to give each instrument its time in the spotlight being solved quite elegantly. Koen’s thunderous drumming stands out on many tracks, masterfully accompanied by Randy’s dependable four-string strumming, while Adrian and Romero are unleashed to shine in the high end. Criticism? Yes, there’s room for that too. Romero’s accent sometimes stand out on a few tracks, some lyrics are a bit too naive, and a few riffs here and there do sound a little too familiar. But that should not detain fans from fully enjoying this album. Clocking in at just over 42 minutes, it has the format of the good old days when listening to albums in full didn’t sound like a massive undertaking.

The recipe is tried and true, and will please those who are hungry for no frills hard rock with fierce riffs, stratospheric vocals and thundering drums. Listen to this record and get transported to an altered reality where grunge never happened. Let’s hope that Romero’s commitments with other bands don’t hold him back and that this band is able to showcase their abilities in front of an audience sooner rather than later.

Releasing an album of original material decades after the last one came out can be a challenging endeavor, especially with such a dramatic lineup change. However, Vandenberg managed to update their sound while preserving the core and identity that made them famous in the 80’s, with the four members holding no punches and firing on all cylinders. “2020” is filled with fists-in-the-air hard rock anthems, and will please old school fans and new adepts alike.