Progressive death metal can take many forms, and Thoren proves that there is no need to stifle extremity in the pursuit of the progressive. In the second album of their two-album project, “Gwarth II” is a whirlwind of chaos, experimentation, and unyielding brutality that often proves difficult to swallow. A wall of noise that descends in purely instrumental aggression, this third full-length album from the Detroit-based band is a work that pushes the limits of what it means to be progressive outside of mind-numbing technicality, instead manifesting in unparalleled ferocity.

Formed in 2013, the extreme metal band found their footing comfortably in the world of dense arrangements and ambitious progressive flairs among the raw and unfiltered sound that had become their signature. After releasing an EP in 2014, their first full-length album debuted in October 2016. Thoren had originally planned to release the 19 tracks of the “Gwarth” album duo as a single album, but eventually split the mammoth in two parts, releasing “Gwarth I” in late 2018. Just over a year later, the ten final tracks are released in “Gwarth II,” the long-awaited continuation of a tale speaking of brutality wrapped in an impervious shell of extremity. Though they hold the cohesion of a complete album, the split focuses on making each half more digestible for listeners, particularly given how dense some of the material is.

The tracks of “Gwarth II” show founding guitarist Anthony Lipari’s dedication to not just his musical craft, but his own personal inspiration for the album’s atmosphere. Each track title is a word derived from Tolkien’s fantasy, with some titles in Elvish, and other titles in Orcish. The depth and the madness inspired by one of the most classic fantasy writers has also worked its way into every twist and turn of the album, a sound that inspires pure chaos as the dissonant echoes of black metal work their static in-between a variety of jolting tempos and highly styled drumming. To match the atmosphere of each unique track, Thoren utilizes two drummers, each with their own distinct style. Both the talents of Kenny Grohowski and Alex Cohan can be found embedded within the shroud of chaos that is Thoren’s unforgiving bite, each featured on half of the album’s tracks.

Perhaps the main attraction in “Gwarth II” is that listeners are never able to anticipate what they may hear in the next moment, much less the next minute, of each track. Every song is wildly varied and inconsistent, with subtleties in a resonate bass that take multiple listens to capture and appreciate. Combined with the two distinct drumming styles of Cohan and Grohowski, the album is dense with an eclectic and near anarchic progression, one that takes considerable time to break down and appreciate outside of the initial wall of impenetrable noise. Third track “Thaw Gur” (Corrupt Heart) is one of the album’s longest tracks at just over four minutes long, but subjects the listener to an incredibly wild ride, one with highs at the echoing high pitch of Lipari’s guitar and tumbling to the valley of static bass and Grohowski’s clashing cymbals. Where it is difficult to discern in some of the album’s shorter offerings, “Thaw Gur” is undeniable proof that these musicians are also accomplished storytellers, bringing their listeners along for a tale of uncertainty and amazement. 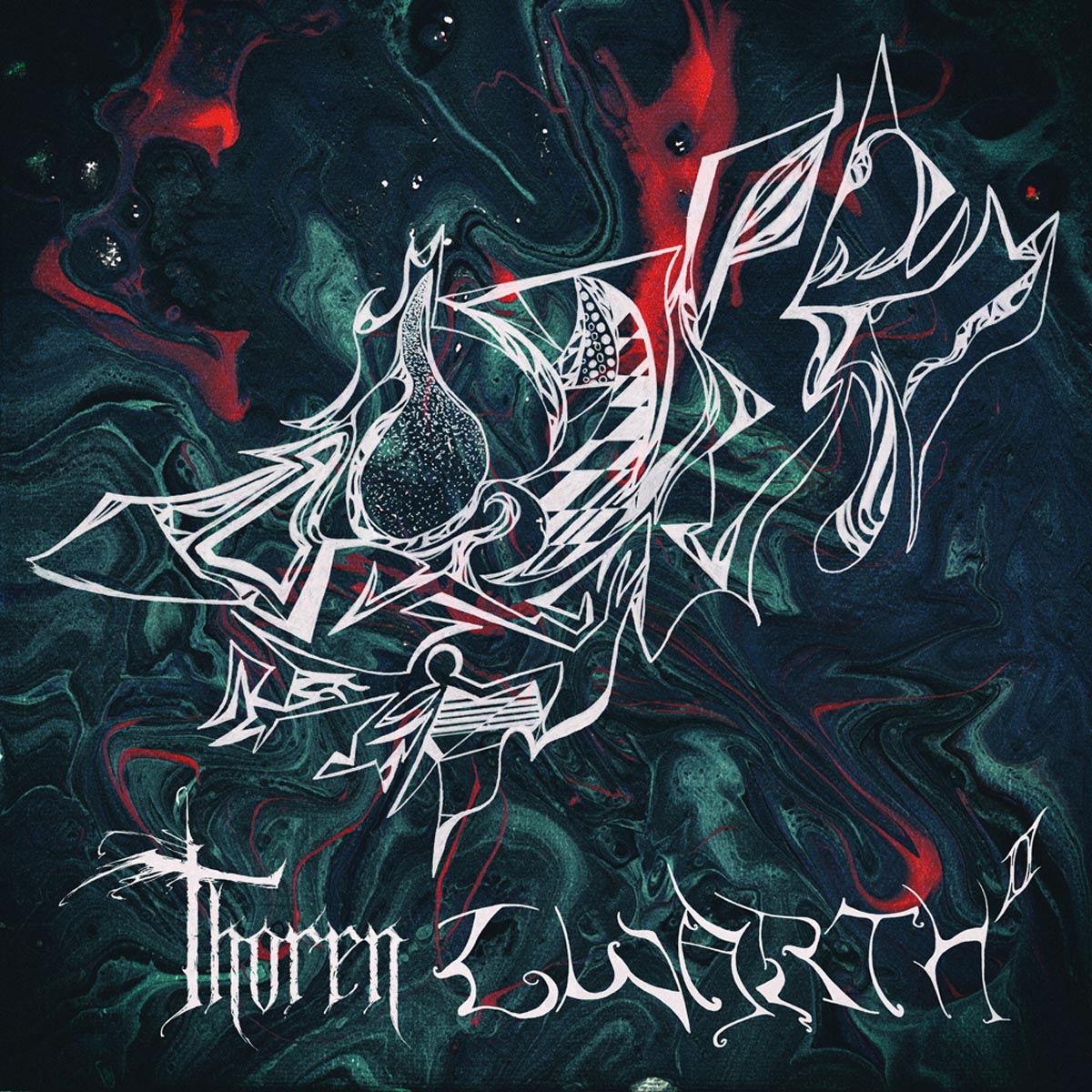 In its all-enveloping atmosphere of death-driven metal, “Gwarth II” does take a moment to breathe in “Lithui” (Ashen), a slow track that has no drums, just a distant-sounding guitar resounding with a hesitant echo. The notes sound as though they are the result of a pinpoint focus on Lipari’s part, yet create an uncertain, haunting fog that lingers among apprehension. Given the absolute aggression that dominated the album’s first seven tracks, listeners are strung along for almost two full minutes of this wary wandering, bracing themselves for when the inevitable chaos will return. The album has set this song up to be the expected false reprieve, a moment of gentle pondering that is sure to be cut short by a wall of unforgiving and unflinching brutality, keeping listeners on edge for the drop. Yet, “Lithui” demonstrates its genius in the fact that the moment never comes, instead letting hearts race and minds keep guessing throughout a genuine, skillful moment of artistry.

“Gwarth II” pushes the boundaries of where extreme metal and progressive metal can marry, the progressive elements weaving complexity in the form of chaos rather than mind-boggling technical complexity. There is no showboating in “Gwarth II,” just pure fire and static, leaving its appeal more to the black and death metal crowd than that of progressive death alone. Thoren could not succeed without its careful instrumental balance, which is bordering on too dense to comfortably consume, and fortunately has forgone any vocal additions. Ten tracks is pushing the style already to its limits, leaving the decision to split “Gwarth I” and “Gwarth II” as a successful professional decision. Moments of intrigue and a constant state of questioning define “Gwarth II” and make it a fascinating listen, but it is most certainly not for the faint of heart.

Bringing together the most extreme textures of death metal and black metal, Thoren creates a chaotic shroud woven with progressive dexterity. In its sheer brutality, “Gwarth II” pushes the limits of extreme metal in a sound that is both dense and distinct, unwavering in its anarchic storytelling.