Without much surprise everything I expected is here. Based on shorter songs and perhaps more pop-hooks than your usual prog album, La Muerta is a very enjoyable entry for Subsignal, the Germany-based band that was borne from the ashes of Sieges Even. For those that are unfamiliar I’d liken their experience to that of Enchant, not because their sounds are identical, but because both strive to focus on writing concise songs that focus on quick punches and strong messages as opposed to any three minute instrumental passages of insane guitar and keyboard trade-offs.

After a short interlude the first real track, the title track “La Muerta” kicks things off with a section of a dominant guitar lead reminiscent of “Sweet Child of Mine”. From there, much like on the rest of the album a well written song develops in with as many signs of AOR as prog. Between the keyboards of Markus Maichel and vocals of Arno Menses this track maintains the signature smoothness of a Subsignal song. There is the aforementioned guitar lead, a wonderful keyboard lead, and a guitar solo from Markus Steffan ending in a short unison run, so this song is not without some of the prog signatures, but everything stays somewhat close to the vest and is blended into the song.

The next track “Bells” shows again the more AOR vibe of the album with the first of several anthemic choruses on the album. The track after, “Every Able Hand” is a more up temp rocker, and does servers as an example that though the album maintains a well-defined sound throughout, there are some different things explored between the norm to help keep things fresh. “Teardrops” is a simple and beautiful two minute guitar interlude, and the final track “Drowning” is a moving soft piano duet with Marjana Semkina of Iamthemorning and Markus Jehle of RPWL.

All that being said the core of the album’s sound is accessible and pop-tinged, but with some of the unmistakable markings of prog. This means that while I think new fans will have no problem falling in love with it there is certainly an amount of depth there to reward those who give close repeated listens. As a prior fan of the band I can’t say that I think this will settle as my favorite album, however it is certainly strong enough that I wouldn’t hesitate to recommend it as an introduction to a curious party. 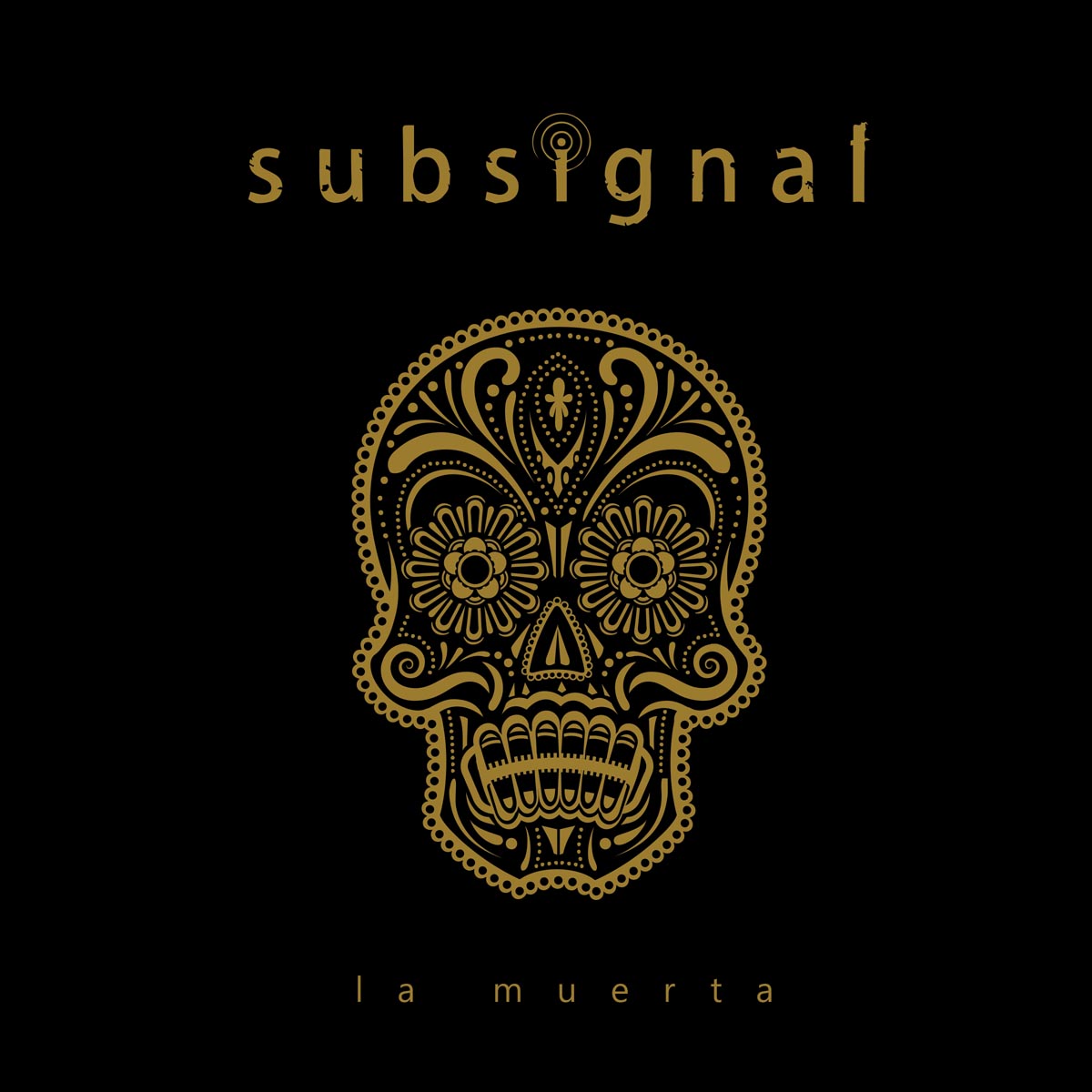 The artwork for “La Muerta”

Although five to six minute songs may not be considered short in other contexts, among their peers a record full of songs that length can stand out, and it is where Subsignal has and continues to excel. There is a reason I have given this album the highest marks in the songwriting department and that is because how well the various elements of their sound are combined into a strong collection of “hits” on La Muerta. And while some might not see that as a compliment I find effectively reeling things in to the proper length as a very important skill. If you have not heard of Subsignal you owe it to yourself to check out any or all singles that get released from the album. I think at worst you’ll get a few minutes of catchy tunes that might not be for you, but at best you’ll want to dive deeper into a this album, an excellent addition to a somewhat short but already impressive back catalog.

Highly competent in all categories but blown away by none. This jack-of-all-trades Subsignal album should surely please current fans and has plenty for new fans to check out, but I wouldn’t consider it groundbreaking or their masterwork.