The muses which give birth to metal are not confined to the realm of fantasy or science fiction, though the conceptual array of recent releases may lead one to believe as much. Floating with a dreamier sense than the often grounded anguish of black metal is the debut album from Czech band Somniate, an opus which explores the narrative of Gustav Meyrinkʹs early twentieth century novel “The Golem.” Titled “The Meyrinkian Slumber,” Somniate uses their debut to play with varying levels of distortion and contrast between two guitarists and two vocalists for a broad display of patiently explorative musicianship. Few peaceful interludes interject the rapid delivery of blast beats and crash cymbals, while dueling guitars are used to retell a tale focused on perpetual uncertainties of the mind. Uncertainty persists only in theme, however, as the experience of Somniate’s members is illuminated in an unforgiving and unyielding delivery of brutality that varies from piquing anguish to guttural roars.

Though the whole of “The Meyrinkian Slumber” clocks in at just over thirty minutes, Somniate proceeds with intention and patience throughout each of the tracks. Both “The Sleepless Stone” and “A Penitentiary Triptych” see their introductions drawn through a sea of passive distortion, guitarist Marek Štembera given the opportunity to open with riffs that entice as much as they narrate. A careful balance between verses and instrumental passages which are drawn out in an intentional wandering, no part of “The Meyrinkian Slumber” feels as though it were rushed to a climatic melody or prematurely disrupted in amateur haste. “The Sleepless Stone” may appear to be a strangely long choice for an opening track compared to the genre’s conventions, but not a moment is wasted through the first note to the cinematic closing passage in order to fully explore the depth of ideas and spectrum of emotions portrayed. There is a certain confidence which allows for such long tracks that pull organically between gravelly growls and near-silent echoing of cymbals across a plain of mist. 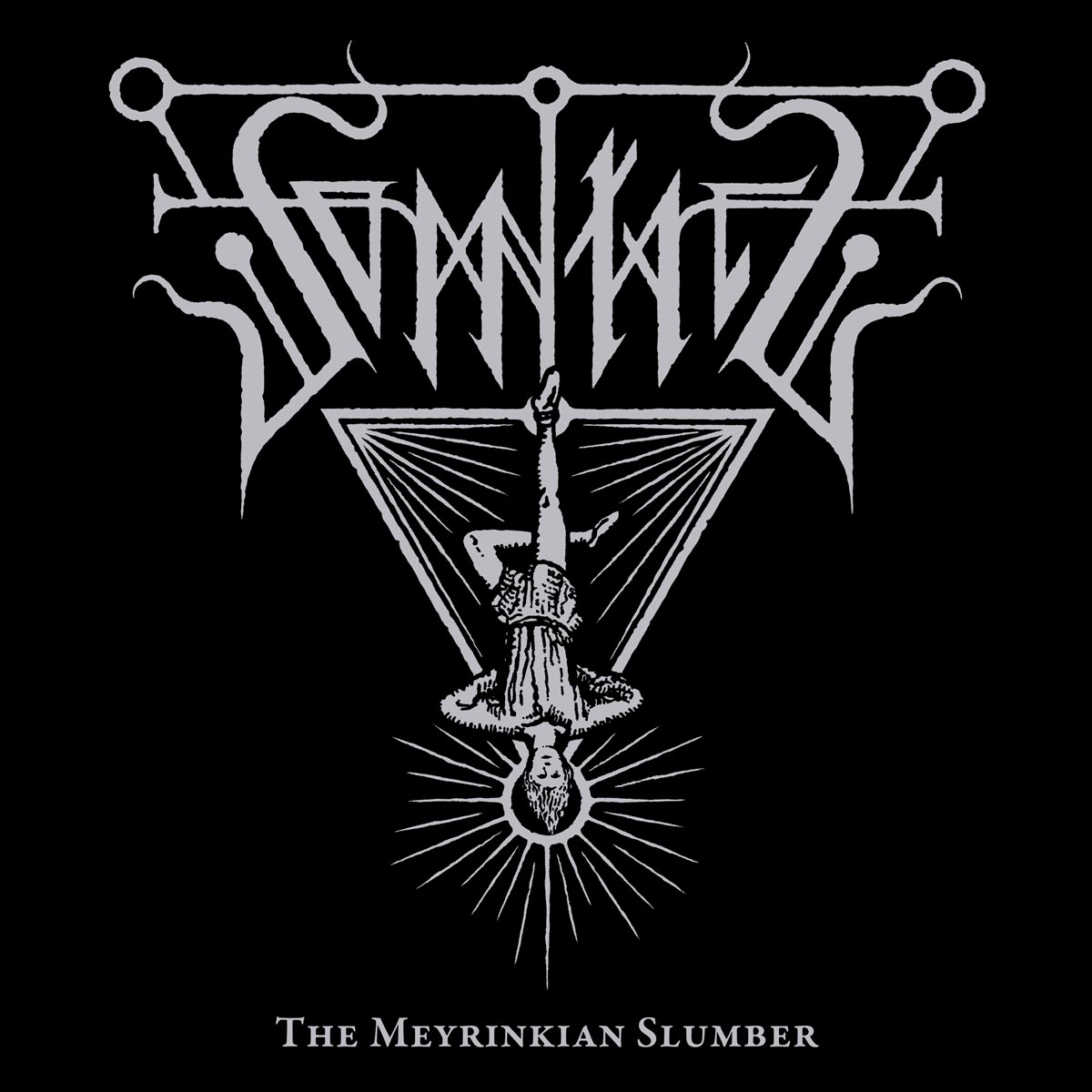 Utilizing a lead guitarist and rhythm guitarist allow for a multidimensional approach to tracks such as “In Bone Incorruptible,” which parts its seas for a delightfully desolate instrumental passage at its midpoint. Where a less coordinated act may have left the atmosphere to drift and splinter, Stembera achieves feats of instrumental articulation which continue to engage as the melody grows and changes in a calculatedly chaotic manner. Such moments dial back the distortion considerably, allowing each note to shine through with a clarity not afforded to the overwhelmingly aggressive transitions between vocals and instrumentals. Constant care to a production which emphasizes darkness in its different forms gives “The Meyrinkian Slumber” a sense of striking coordination and ceaseless variety. While much of “The Meyrinkian Slumber” relies on steady rhythms and its fair share of repetition, subtle changes across a track allow it to morph from a temporary lull into full-blown fury without jarring listeners from their immersion.

Where instrumental endurance is unfaltering, particularly in the realm of percussion, Somniate’s vocals feel strained against the tight composure of the lead melodies. Resounding at a higher pitch than the rougher tides that typically define black metal, lead vocalist Zdeněk Klekner uses his role for short verses that cut with an abrasive edge against the precise work of Tomáš Mařík on drums. Crisp rolls opening “Rephaim” offer a thrilling hook like no other on the album, Marik’s steady hand effortlessly transitioning between different approaches to the blistering speed at which he works. “Rephaim” is perhaps the most obvious demonstration of his skills, but the sheer brutality of closing track “Of Fragrance and Light” also showcase his talents in a positive light. Though not always in close sync with the definition of the guitars, the percussive contributions are essential to developing the forward-moving atmosphere that gives “The Meyrinkian Slumber” it’s dynamic characteristics.

A unique concept explored by an artful execution of black metal may not offer any strict reinventions or novelties, but “The Meyrinkian Slumber” proceeds with unusually consistent confidence and commitment to exploring ideas to their completion. Long tracks which fearlessly proceed across an emotionally complex narrative are smooth enough to make a comprehensive album, yet keep engaging such that it stands out from mere background music.

This pleasantly atmospheric interpretation of a century-old novel presents a strong and confident debut from black metallers Somniate as they balance precision and distortion alongside one another. “The Meyrinkian Slumber” is a purposeful wandering that is both ambient and aggressive for a modern approach to the genre.