The dissociative allure of neon at midnight is a dreamy wonder difficult to capture in sound alone, few aural sensations so distinct as bright streaks of light trailing in each direction through the darkness. Fleetingly down to earth as they reach effortlessly through the essence of the human soul, art-rock group Shape of Water have found this equilibrium between overbearing darkness and diamond-sharp light with their debut album “Great Illusions.” Though the band was officially formed in 2018 to begin songwriting under the name Shape of Water, the creative forces behind the band first met in Italy back in 2004. Rox Capriotti and Luca De Falco initially joined together in a band called The Lotus, and continued songwriting together even through a move to the United Kingdom. After garnering attention with their cover of “Dancing With Tears in My Eyes,” the band now releases a collection that leans into the familiar template of alternative rock while pushing their boundaries with elements of the sublime.

Shape of Water embraces styles from the radio-ready title track “Great Illusion” to the highly conceptual and mysterious depths of “Mars-X,” relying on a number of effects to change the atmosphere of their presentation at will. “Mars-X” is both dark and haunting, tapping into the intrigue of science fiction with its broad reach towards the red planet that is increasingly within mankind’s reach, though the track’s intensity rivals that of an unforgiving sun. It sets an ominous precedent for an album that leans into the sunrise as well, but it serves as a fitting introduction for an album that often steps deep into concept with the use of both traditional piano and heavy electronic backing. From inviting keyboard interludes filling the passages on “A Silvia” to the heavy-hitting resonance throughout “The World is Calling Me,” the otherworldly reach of “Great Illusions” comes in many flavors. Despite covering such a wide variety of appeals in style alone, Shape of Water also manages to highlight vast emotional landscapes that vary from hesitation to the intoxication of love and loss.

Though “Great Illusions” pulls listeners along rather effortlessly in their surreal approach to introspection, some attempts at cohesion across the work do lead to passages across tracks becoming somewhat monotonous. Where “Mars-X” is a stunning standalone that deserves a spot at the very forefront of the album, “Perfect Love” and “Still Karma” bleed together in their tempered notes. For all of the imaginative work on strings and moments where the bass truly shines through as an unexpected star, the percussion is consistently the only component on “Great Illusions” which seems uninspired throughout. A lack of creative effort on the drum kit can be mostly forgiven with the changes in tempo and intensity portrayed through the rest of the band’s instrumental array, particularly within the epic track “A Silvia.” At almost ten minutes long, its placement in the middle of the album may initially seem strange, but its smooth transitions and distinct passages allow it to be one of the most memorable moments on “Great Illusions.” 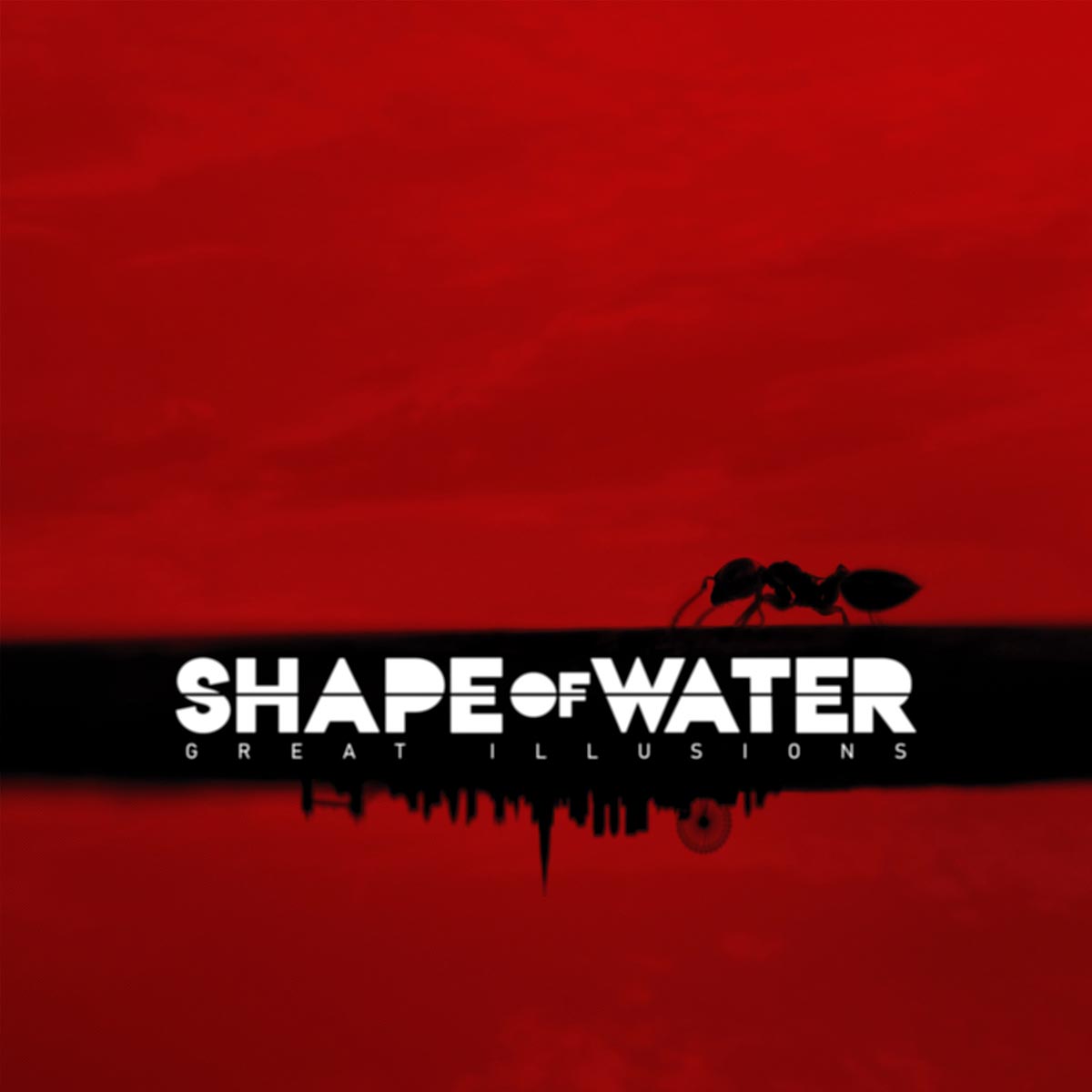 The crisp production and final mix of “Great Illusions” comes in part from the contributions of experienced hands alongside two artists who seem perfectly attuned to one another. Shape of Water has worked with the talents of producer Paul Reeve (Muse) since their inception and brought on Sky Van Hoff (Rammstein, Kreator) to mix two separate tracks on “Great Illusions.” The heaviness of the album is never without its more tranquil balance, but the most artistic interpretations become clear in the band’s music videos. Quality-focused videos have been released for three of the tracks on “Great Illusions,” each with deeply involved cinematography and unique narratives, each chasing a vision that seems to run parallel to one’s first glance at the music alone. For all of its many layers, “Great Illusions” offers something unique to listeners on not just their first listen, but allows them to discover something new on each subsequent consumption of the album. With both the mystique of something from another world and the comfortable rhythms that have been embraced since the dawn of rock, Shape of Water invites listeners to peer into the depths of “Great Illusions” and determine if the reflection they see is indeed indicative of their reality.

Sweeping from the mighty swells of an interstellar epic to the resonance of a distant radio single, Shape of Water provides a fractured look at an ever-shifting reality with their debut “Great Illusions.” Embracing familiar styles and structural templates allows for a deeply conceptual look at mankind to thrive in this accessible and intriguing work of art.