Even if you have never heard of Sascha Paeth, you have heard his work. From Angra to Avantasia, Edguy to Epica, and a dozen other acts, he has had his calloused fingers in over two hundred albums and productions since 1988, whether as a guitarist, engineer or producer. Although it may have taken him a few years longer than Alan Parsons to come to the same conclusion, Sascha has decided 2019 to be the moment the metal scene is the most ripe for conquest by a project named for the emcee himself, Sascha Paeth’s Master of Ceremony.

The debut album, entitled “Signs of Wings,” is a melodic power-thrash collaboration between two veterans of the genre; Sascha and the Frontiers Music record label. To make his vision a reality, Sascha would trust the crushing guitars to no one other than himself, while enlisting the aid of bassist André Neygenfind, Felix Bohnke on the drums, and Corvin Bahn on keys. Most interesting of all may be his choice of vocalist: fellow Avantasia alumnus Adrienne Cowan, best known as the heavy-hitter of Bostonian Seven Spires, her own personal “Cabaret of Dreams.”

The choice of vocalist is not interesting for the sake of her gender. One would hope the metal scene is past the novelty of that by this point. What is interesting is Adrienne is a woman with such power and versatility, providing everything from Åkerfeldt growls, to mezzo-soprano vibrato, to straight-up banshee howls, all rivaling anything we have ever heard from ReVamp and Sister Sin.

Although the production value of the album is high, as one might reasonably expect, the composition and mix are streamlined and absolutely guitar-centric. While the keyboards are present in the album, they do not dominate; rather, they support the guitars and rhythm section, adding flavor and counterpoint where appropriate.  A notable exception may be found in the third track, “Radar,” a seafaring tune based heavily upon what sounds like a Hardanger fiddle, although it could be a nyckelharpa or even a good old Hurdy Gurdy. “Radar” may not have been a normal feature in salty old shanties, but if Guybrush Threepwood can appreciate a good anachronism, so can we. 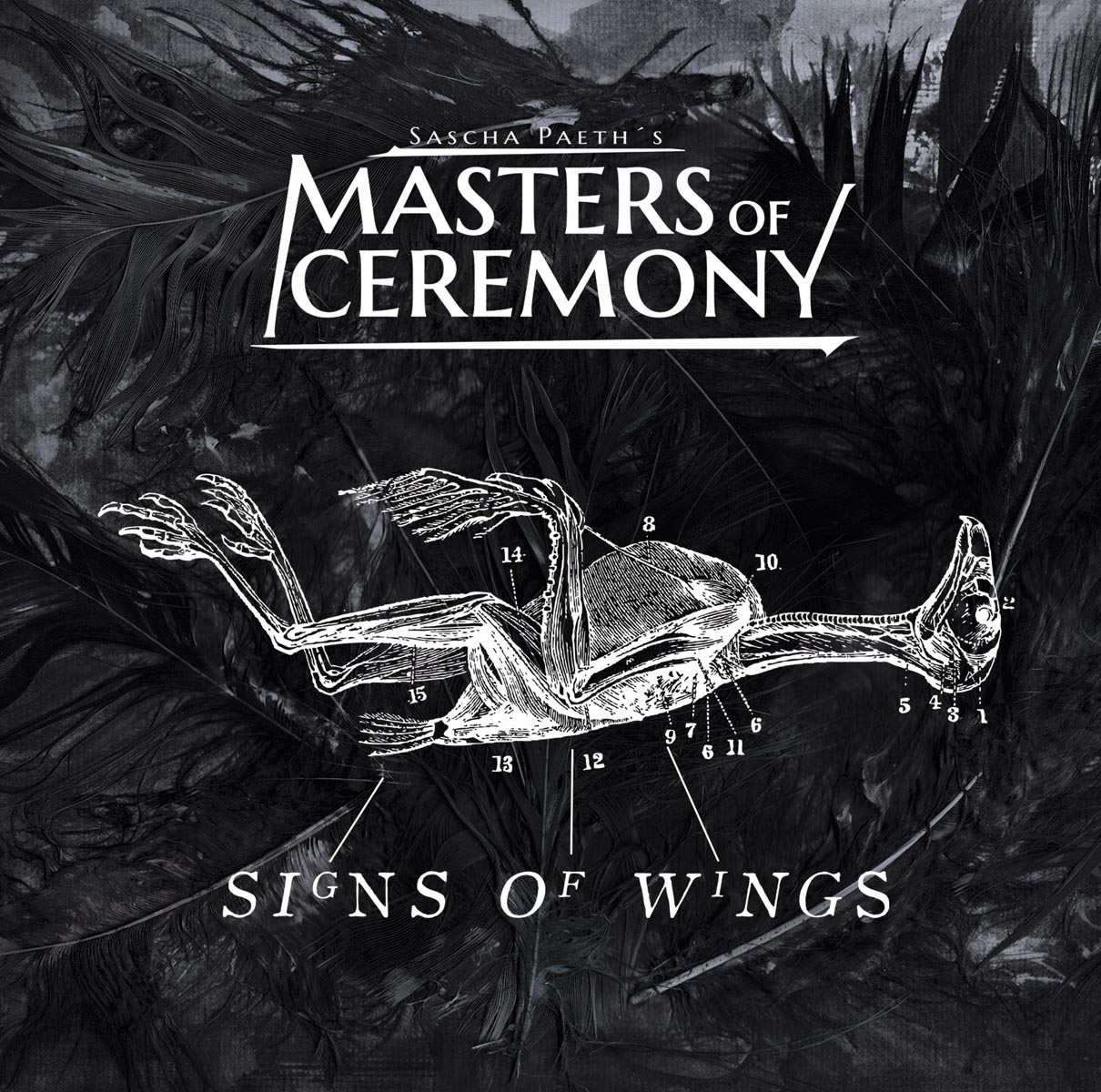 The album kicks off with the first track to feature a music video, “The Time Has Come.” From the slamming guitars to the power speed drumming, the song starts out like something from Megadeth‘s “Rust in Peace”, building to shock the unprepared with some Adrienne growls. The chorus, however, remains the melodic product of major keys, providing a refreshing break from nonstop thrash conventions. Every time Adrienne reaches for the high notes, Sascha really turns up the reverb and delay to give a feeling like the wee banshee is up in a Highlands castle.

The second track, “Die Just a Little,” mellows and darkens things a bit, with stretched-out guitar chords, atmospheric keys, and layered vocals ranging from Olzon-era Nightwish ballad to full on screaming walls of sound. Another highlight is the track “Where Would It Be.” The big toms really drive the song like a Mongol Horde crossing the steppes. It eventually builds into a feeling of charging momentum not often felt since the first five Iron Maiden albums. For those of us who welcome anarchy with a good old rebel yell, the track “My Anarchy,” delivers. The song actually starts with a descending alternate picked arpeggio straight off of the Nuno Bettencourt‘s planet. The song consists of creative beats and driving palm-mute-picking exercises, when not building to a very melodic chorus about love and anarchy.

The album sets a moment aside for a delicately bittersweet ballad, “The Path,” allowing Adrienne to sing gently and eloquently over a melody composed of what sounds like piano and cello. Speaking of upright strings, in the music video for “The Time Has Come,” we see André Neygenfind playing an upright bass violin, going finger-style bananas on the thing like Billy Sheehan in a Bourbon Street jazz quartet. If the entire album was actually recorded with an upright, extra credit for that.

The final track, the title track, is a very strong highlight of the whole album, and a demonstrable example of why it matters presenting tracks in a certain ideal order. Sascha’s lead guitar work throughout the album, while not pretending to sound virtuosic, is solid and ear-pleasing, and the last track is no exception. Adrienne continues to surprise us, sometimes turning off the Avantasia face-melting presence to flirt with a jazzy whimsy one might expect from a Tori Amos.

The album is an interesting outing for Herr Paeth and company. It’s a metal record producer’s episode of “This is Your Life,” fused with a bursting bucket list of things Sascha wanted to get onto a record himself. While there are not many truly new formulae to be found here, the album is a big fat bag of tricks, showcasing things that have always worked well in some of our very favorite metal albums. Sascha could have easily gone with the safe option, and tapped a big-name male vocalist from his past portfolio, or from the entire Frontiers Music catalog at large. However, he trusted his ears and his gut, and pushed a young American girl to new vocal territory, and the bet seems to have really paid off in the final product. This great new record hits the streets tomorrow, or you can pre-order it directly from the record label here.

Well, there are not a lot of first albums earning 8.5 scores, but let’s face it, Sascha Paeth is hardly a spring chicken when it comes to quality in the power/thrash/melodic metal universe. This is a little bit like Arjen Lucassen’s foray with Stream of Passion, except arguably more interesting, mostly due to the power and versatility of vocalist Adrienne Cowan. Between her vocals, the stellar guitar work, solid riffs and composition, and the usual nearly-perfect production work of Sascha himself, the album is “In Like Flynn” for just about any fan of his previous work, from Kamelot to Edguy to Avantasia. Definitely don’t miss this one