As sure as the day follows the night, local up-and-coming bands will put out rock albums inspired by the music of decades gone by, hoping to strike a chord with fans looking for the latest hit to sate their nostalgia. Boston is no exception to this rule, giving rise to hard rock group Renegade Cartel, who are poised to release their debut album “Dear World.” In an era where rock bands take inspiration quite liberally from legends of yore, it may be easy to write off the pleasant grooves of “Dear World” as the result of yet another gathering of copycats. But with patience, it becomes clear that Renegade Cartel have crafted a beautiful vision of what they have seen in the history of rock, and highlight where rock has the potential to grow in the future.

If there was only one word used to describe this album, it would be consistency. Each track on the album delivers a clear musical direction, a strong cohesion between musicians, and vivid inspiration from earlier eras blended together with an expert hand. The production is incredibly strong for a debut, particularly in that all musicians have an equal opportunity to highlight their skills, whether it be with an instrument or with their voice. Notable examples include the strong bass opening on “End of Time” that sets the deep heartbeat for the song’s duration, as well as the lamenting howls of front-man Stephen Damon-Tilley in the album’s standout “When.” Lead guitarist Victor Diego Robles shreds in a way that calls upon images of rockstars on stage beneath blinding lights, brandishing their instruments with violent reverence. “Dear World” is interspersed with stunning electric solos that harness the charisma and intensity of stardom that fed the fame of a ravenous genre. This same hungry spirit is captured effortlessly by Renegade Cartel’s lengthy fifteen track album, which attempts to devour the heart and soul of rock and return it to the world with their own unique flair.

Looking at each song by itself, it may be easy to point a finger and claim that Renegade Cartel leans too heavily on well-beloved hits as the broad base for their style. But upon closer inspection, “Dear World” is a beautiful amalgamation of rock as it was known not just in the highly nostalgic 80s scene, which is the most tired and well-tread path for modern bands to walk down. Their debut draws also from the roots of rock in the 60s, the searing flair of the 70s, all the way through the experimental grit of the 90s. This album is a diverse experience pulling inspiration from many periods in time, and showcases the subtleties of various rock sub-genres without fear of crossing unspoken boundaries. From the keening lament of “When” through the electric static captured in the relentless speed of “Nothing New,” there’s no question that “Dear World” was designed to escape the tight boxes that had corralled the fire rock had kindled a generation ago. 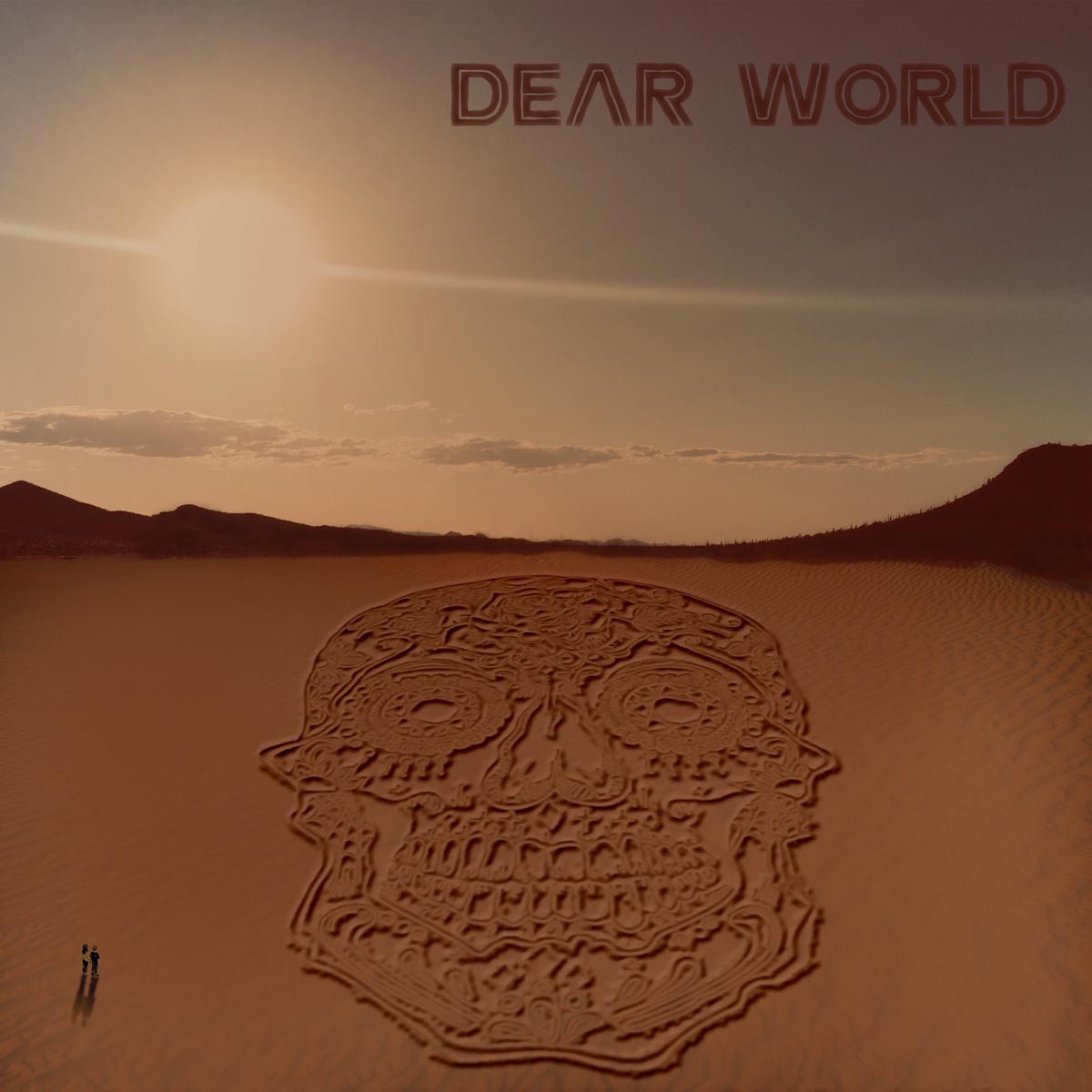 Perhaps most notable of all is the degree of restraint shown in the album’s songwriting, as there are certainly tracks which could have grown beyond their existing boundaries given just a touch more ambition. A trio set on shaking up how rock is consumed in the modern era certainly has no shortage of ambition, but it seems clear that Renegade Cartel has stifled their full potential. Among rather reliable and predictable songwriting, there are brief tastes of untempered freedom in tantalizing guitar solos, or in emotional shouts that have the capability to effortlessly dominate the nine-minute monster “When.” However, these bright accents are used sparingly relative to the vast expanse of “Dear World’s” range, erring on the side of the historic models that laid the style’s groundwork rather than purely explorative aspirations.

While it may be tempting to dock Renegade Cartel on originality, there’s no question that it took extraordinary vision to draw from so many eras of rock and craft an album so diverse in pacing and in style, all while highlighting the technical strengths of each band member in a flawless, cohesive unity. Each musician is proven to be an invaluable asset to creating a vibrant, rolling thunder than spreads enthusiasm with inexplicable contagion across the sprawling breadth of “Dear World.” If this is indeed what the present holds for rock, it’s certain that the future of the genre is in talented and capable hands.

Whether listeners are just dipping their toes in the hard rock scene, or if they have followed the genre from its inception, “Dear World” realizes the vision of rock without boundaries, and shows the beauty of how art evolves across time. Renegade Cartel fights to keep sounds from the past alive, and deliver an expertly crafted album that draws from the brightest stars of rock’s history to create a vibrant style suited for an ambitious and demanding modern era.