In a burst of creative energy that swells with powerful melodic might, Sweden’s Paralydium delivers modern progressive metal with a serious taste of nostalgia. Their debut album “Worlds Beyond” offers a bright and stylish callback to the epics that first shed a positive light on the budding strength of cinematic progressive music, and it does so with the favor of experience in the genre. Paralydium was formed in 2015 as The Paralydium Project by ex-Dynazty guitarist John Berg, and he is joined by Dynazty band-mates Jonathan Olsson and Georg Härnsten Egg in this latest endeavor. Built on tremendous melody, grace and might coexist in the adventurous depths of “Worlds Beyond” as it weaves a story that reaches to heights well beyond the sky.

The most enchanting elements of the album – and the very features that make it so instantly magnetic – are also its greatest weaknesses. Fans of progressive power metal will have no trouble seeing the highly transparent influences that have built Paralydium’s sound, forming a conglomerate between genre giants rather than establishing a new identity altogether. There are instrumental segments that seem as though they were pulled directly from the radiant melodies of Symphony X’s album “The Odyssey,” and some of the most ethereal solos could have been drawn straight from the well of inspiration that has fueled Seventh Wonder for the better part of a decade and a half. There’s no question that the cinematic heavens crafted in “Worlds Beyond” are the result of talented musicians with a keen ear for compositional clarity, as the songwriting of the album is absolutely airtight. However, they neglect to emphasize elements that would distinguish them from the long-established paragons of progressive power metal, their novelty mostly residing in the fresh energy that persists throughout each track.

There’s no question that Paralydium knows how to set up an enthralling story, as the opening notes of “Enter Paralydium” are as enticing as the introductory soundtrack to a stunning movie. It’s the perfect setup for a quest of epic proportions, and sets the tone for the rest of the album with a rainfall of keys and strings. Persisting as more than just an opening gimmick, the instrumental emphasis of the album really highlights the progressive elements on “Worlds Beyond,” including the instrumental track “Awakening.” Leaning heavily into keyboards to create the album’s most head-turning effects, keyboardist Mikael Blanc has his fair share of time to invoke emotions with his melodies in strictly instrumental passages as well as the breathing room between verses and across choruses. Complimenting Berg’s guitar effortlessly, the two musicians use “Worlds Beyond” as an intricate dance to draw emotions from listeners that range from fear, to hope, to excited anticipation. The use of a single guitarist with a strong keyboard presence gives Paralydium more room to maneuver dynamically in the cinematic sense, such as the fluid transition from “Awakening” to “The Source.” 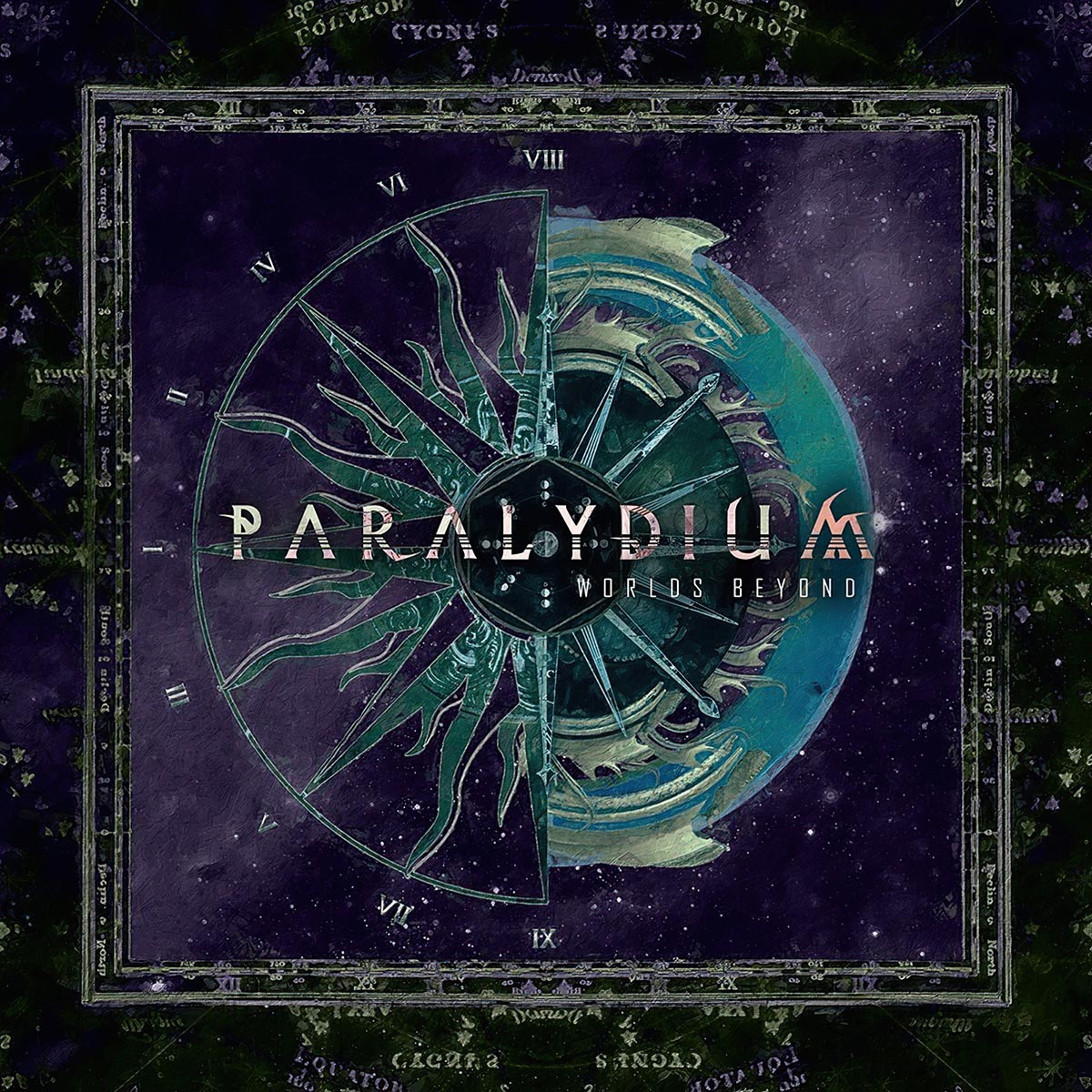 Solos on “Into Divinity” reach for the stars and call on the power of the sea, and emphasize the Berg’s riffs on “Crystal of Infinity” are the narrative segues between passages, inviting listeners to leap from Earth’s surface to not just another galaxy, but another reality altogether. Noticeable bass lines drive home “Finding the Paragon” after a dreamy opening passage, and while Olsson’s bass rarely gets a starring role within the pages of “Worlds Beyond,” it is the reliable wielding of this instrument which keeps the album grounded. Such rich melodies risk becoming convoluted with deep ties to tether them to their original intent, a trap that Paralydium never falls victim to even in the album’s most conceptual tracks. Shifting tempos and a bevy of orchestral effects send “Worlds Beyond” across countless sonic landscapes, but the Dynazty guys manning the bass and percussion keep Paralydium on course through even the most dramatic shifts of the anthemic “Synergy” and “Into Divinity.”

Not to be overlooked among the hands of talented musicians and songwriters is Mikael Sehlin on vocals, with a crisp and soaring tone that provides a perfect match to Berg’s otherworldly vision. Even as Paralydium focuses in deeper on the instrumental components of their craft, Sehlin has show-stopping clarity and angelic might in his voice, demonstrated most clearly on closing track “Seeker of the Light.” Here he has the opportunity to sing with nothing more than a piano backing him, and he shines as bright as a star in the night with a natural emotional shift. “Seeker of the Light” is also the track which shows Paralydium at its full potential, with its relentless riffs and solos that ripple with sheer sunlight layered on top of an inspired vocal performance. Sehlin is the hidden gem on “Worlds Beyond” that finds equal footing with the cohesive band of musicians, keeping perfect time and executing his role without overwhelming the more progressive shifts of the underlying instrumentals. This closing track is an epic within an album of epic proportions, one which brings the journey of “Worlds Beyond” to a fitting sense of closure.

Looking at Paralydium reveals a deep well of potential and bright creative energy which “Worlds Beyond” has just begun to tap. Among all of the inspiration derived from external forces, Paralydium has written songs which are accessible, dynamic, and interactive to fans of both progressive and power metal. The bright melodies make the album irresistible to devour, its cinematic nature a natural fit for its musicians’ strengths. There’s no doubt that “Worlds Beyond” has this emerging project heading in the right direction, their excitement and passion offering the perfect burst of enthusiasm to the genre while leaning on the tenets that made this sub-genre so magnetic from its very inception. Most importantly, “Worlds Beyond” is a story that one may find themselves effortlessly lost within, looking at both the cosmic wonders of the universe and their inner self.

Sweden’s Paralydium harnesses the timeless power of progressive power epics with their debut album “Worlds Beyond,” built from the indomitable formula of relentlessly powerful melodies. Longtime fans of the genre will see a fresh and energetic take on some of the foundational tenets that have built modern expectations as Paralydium offers their take on a sonic journey across space and time.