It seems that power metal acts will forever chase the halcyon days first ushered in by European bands in the late 90s, dipping deep into the well of all things fantastic and symphonic for the next big hit. Ominous Glory, first formed in the early months of 2001, seem to have had these very stars in their eyes as they dove headfirst into songwriting for debut LP “The Elven Dream,” a process which continued through the end of 2003. Founded by guitarist Jonathan “Alistar Blackmane” Smith and keyboardist Michael Stegossi, and expanded soon after, Ominous Glory’s lineup would remain incomplete until 2016 with the final addition of vocalist Rek Anthony.

Now, almost twenty years after its inception, the band has released “The Elven Dream” out into the world. Ominous Glory presently stands five strong, a lineup whose talents have been highlighted by the contributions of talented guest musicians. The diversity brought by the guest and session members are essential to the album’s magic, bringing it far beyond what one might expect from a resurrected debut effort. From the dynamic MindMaze duo of Sarah and Jeff Teets to the prowess demonstrated by drummer AJ Viana, each musician plays an essential role in building the strong foundation upon which “The Elven Dream” stands. From electrifying keys to soaring choruses, and from galloping riffs to heartfelt ballads, Ominous Glory ticks all the boxes for a fantastic power metal album. The delicate yet prominent dance of Jamison Wright’s flute is an added punch of character which distinguishes the band even further from the genre’s predecessors, coupled with charismatic keys to paint captivating melodies.

The experience and wisdom of the band’s core members weave the fabric of “The Elven Dream,” which despite its flirtation with a pure imitation of European power metal is thoroughly grounded in the unmistakable grit of heavy metal. This influence emerges most strongly through the hands of mastermind and axe-man Alistar Blackmane, who spent time sharpening his skills in Iron Maiden tribute band Tailgunner. A touch of aggression beyond power metal’s typical  grace adds depth and a much needed hint of darkness in tracks such as “Echoes In Time” and “The Elven Dream.” Not only does he prove himself adept with memorable riffs backing powerful choruses, but further diversifies the album with the addition of acoustic flourishes throughout.

Such dimension is amplified with the inclusion of harsh vocals by Ryan Hogan, culminating in the thunderous roar of sixth song “Julianna (Queen of the Dark).” More than simply a grounding force for a vision of grandeur, the guitars on “The Elven Dream” spend some much-deserved time in the spotlight on “Love Knows No Distance,” featuring one of the most compelling solos on the album from Jeff Teets. Its thoughtfulness, however, can’t compare with the pure fire and fury which set speed-driven “Ominous Glory” alight. For all of the impressive moments of musicianship between demanding guitars and relentless drums, “The Elven Dream” never strays beyond what would be accessible for most power metal fans nor delves into unbearable showmanship. 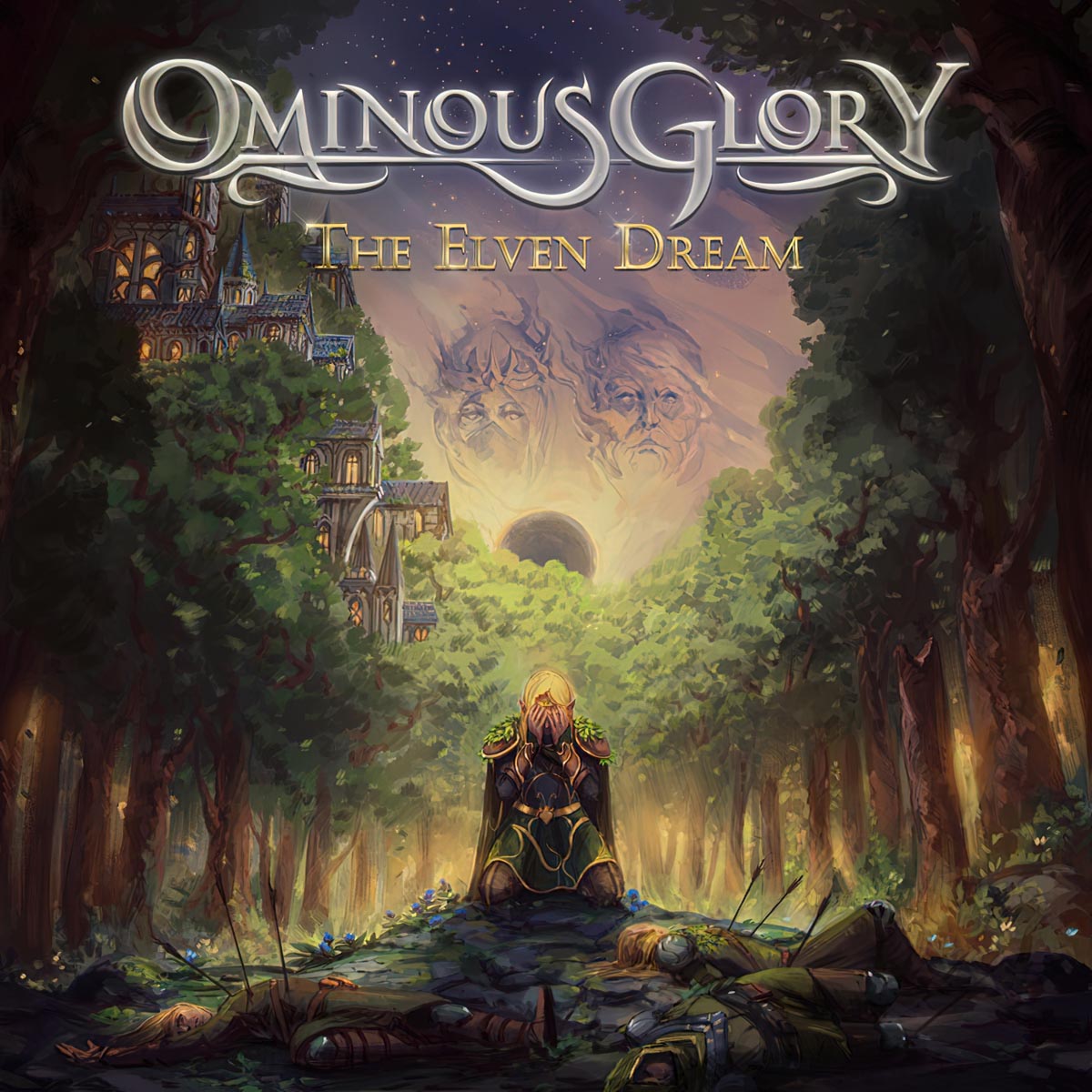 While there’s no question that Anthony can hold his ground alone, the additional vocal contributions add to the might and momentum of the album. The sparing use of female vocals throughout increases the blossoming moments of enchantment, and perfectly capture the threads of fantasy that are quintessential to the atmosphere’s development. Opening track “March of the Elf King” certainly sets the tone for the journey to come, but primarily serves as a launching pad into the stunning “Eternal Destiny.” The initial guitar passage serves as a hook beckoning the listener towards the oncoming sonic adventure, and earnest drums back a melody which is instantly infectious. Once the chorus hits the song truly grows wings, soaring high on well-executed vocals and a passionate delivery from all musicians. Mirroring this might and majesty is later “Oraekja (Erick the Viking).” While this track largely follows a standard power metal template, its immersion is amplified by an enthralling flute passage segueing into dexterous work on the guitar.

“The Elven Dream” is brought together by seamless transitions, a brilliant mix, and a level of production appropriate for an album of this caliber. And while there are hints of inspiration from bands such as Stratovarius, Symphony X, and Rhapsody of Fire, Ominous Glory have done well in combining their collective wisdom to create a sound that grows to be distinctly their own. The songwriting proves steadfast on repeated listens, with enough layers to make exploring “The Elven Dream” worthwhile again and again. While there is a dash of “cheese” here or there, the genuine effort and technical skill shines above all else to create a cohesive listening experience. Without a doubt this debut demonstrates the time, passion, and skill of the artists who crafted it.

Ominous Glory presents a soaring debut filled with vibrant melodies and airtight musicianship which prove absolutely enchanting. Almost twenty years in the making, "The Elven Dream" is a harkening back to the glory days of power metal with irresistible flair.