You thought you knew exactly what you’d get with an album that bears the Nightwish name. You were wrong. Shying away from their well-earned reputation for creating balls-out symphonic metal, Nightwish have apparently begun to recreate themselves not to shift away from their signature sound, but rather to modify an approach that lesser bands have nearly beaten to death. Perhaps owing to that saturation, bandleader Tuomas Holopainen has scaled back his band’s symphonic facet, allowing it to break forward only occasionally, and solely for emphasis. Where Nightwish has long been a metal band with an orchestra playing along, the album pronounced “human nature” feels almost like a film with a soundtrack playing underneath for accompaniment. It’s a move that the more stubborn among their fan-base will surely reject, but it embodies the band’s dominance in both the genre and the scene. “Let the copycats keep copying. We’re gonna keep evolving over here.”

“Hvman. :||: Natvre.” begins as “Endless Forms Most Beautiful” ended, with subtle orchestral droning and the echoes  of wildlife signaling the birth of the human era. But where “Endless Forms Most Beautiful” examined the natural world and its genesis, “Hvman. :||: Natvre.” casually focuses on human endeavor, and in light of this fact the scaled-back the orchestra plays in the new Nightwish sound subtly reflects on the human race’s destructive tendencies while singing the praises of its cultures. Opener “Music” throws the first of multiple bones to fans who pine for the band’s early output by including a keyboard melody that could have been lifted from “Oceanborn.” While “Music” certainly lacks the urgency that permeated that sophomore album, it does immediately establish Nightwish‘s more subdued tone; you won’t hear any fiery strings, fanfare horns, or any superfluous pomp. Instead, the orchestra is relegated to the background to allow more unorthodox melodies and sound effects to creep in ever so slightly towards the spotlight. The Divine Miss J makes her first appearance not with the powerful roar one might expect from a band known for making such dramatic music, but with a gentle whisper faintly accompanied by Troy Donockley‘s ethereal Uilleann pipes. The entire band rolls gently in at the first refrain, punctuated by the album’s lone guitar solo, and thus sets the stage for a surprisingly restrained and understated record.

In other words, “Hvman. :||: Natvre.” is not a typical Nightwish record. 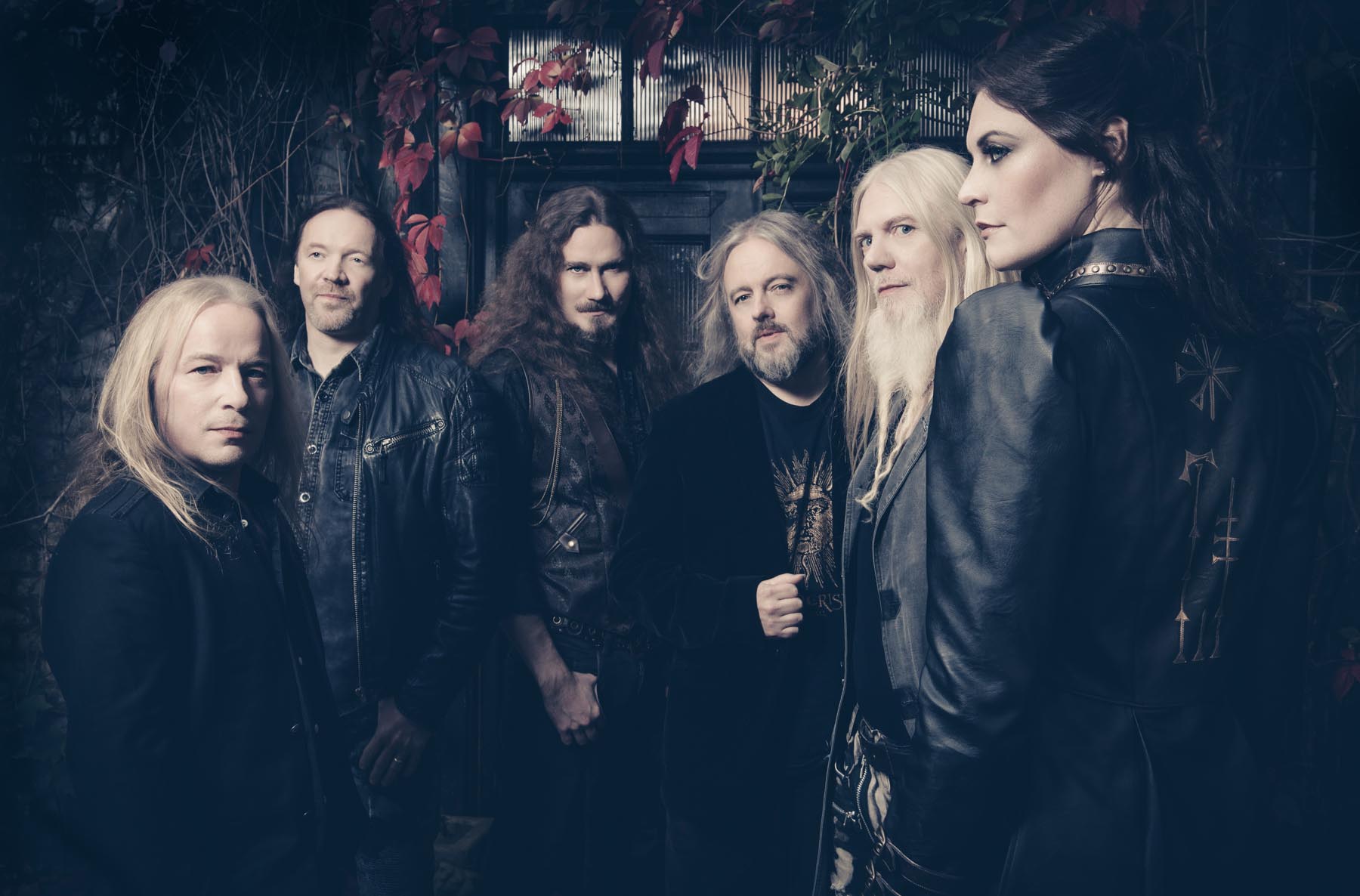 “Noise” is without question the most classically nouveau-Nightwish flavored cut on the record,  emblazoned with the hooks, classical hysteria, and symphonic bombast that have long been the hallmark of the Nightwish sound. It also boasts Ms Jansen putting the entire breadth of her stupefying capabilities to use, starting with the verses’ invidious snarls that sound as if she’s taken a cue from Hietala. A faint whisper bridges the verse to the refrains, where we hear Ms. Jansen gloriously belting out her best before topping it off with perhaps the most ferocious screams of her career, and even throws in some operatic singing at the interlude just to shut the haters up. “I can fucking do this”, she seems to be saying. “I just know better than to do it all the damn time. Now step aside.”

“Harvest” allows Troy to share in that spotlight as he has for the past few tour cycles, and allows him to relive his days with the Celtic rock band Iona for the folk tune that may very well be the apex of Nightwish‘s dabblings in the style. “Pan,” meanwhile, perfects the light-and-shade dynamics with absolutely serene verses nestled into a deceptively crushing metal tune.

“How’s the Heart?” follows in the band’s poppier footsteps  with the added gravitas of Troy‘s Celtic contributions  and the intimacy of Ms Jansen‘s near-whispered performance stripping away the pretension that plagues this genre. She then  guilelessly eases us through an interlude somehow both idyllic and operatic, and returns to that easing whisper only to assault us with the lungs she so wisely flaunts only when it’s appropriate. In art, as in love, gratification lies not merely in obtaining it, but in the journey taken to obtain it. Closing with her wonderfully simple harmonies with Marko and Troy, “How’s the Heart?” is a demonstration in crafting a song that’s accessible, cavalier, and engaging without ever breaching into saccharine territory. Good stuff, even if the vocals could stand to be mixed a bit more loudly. 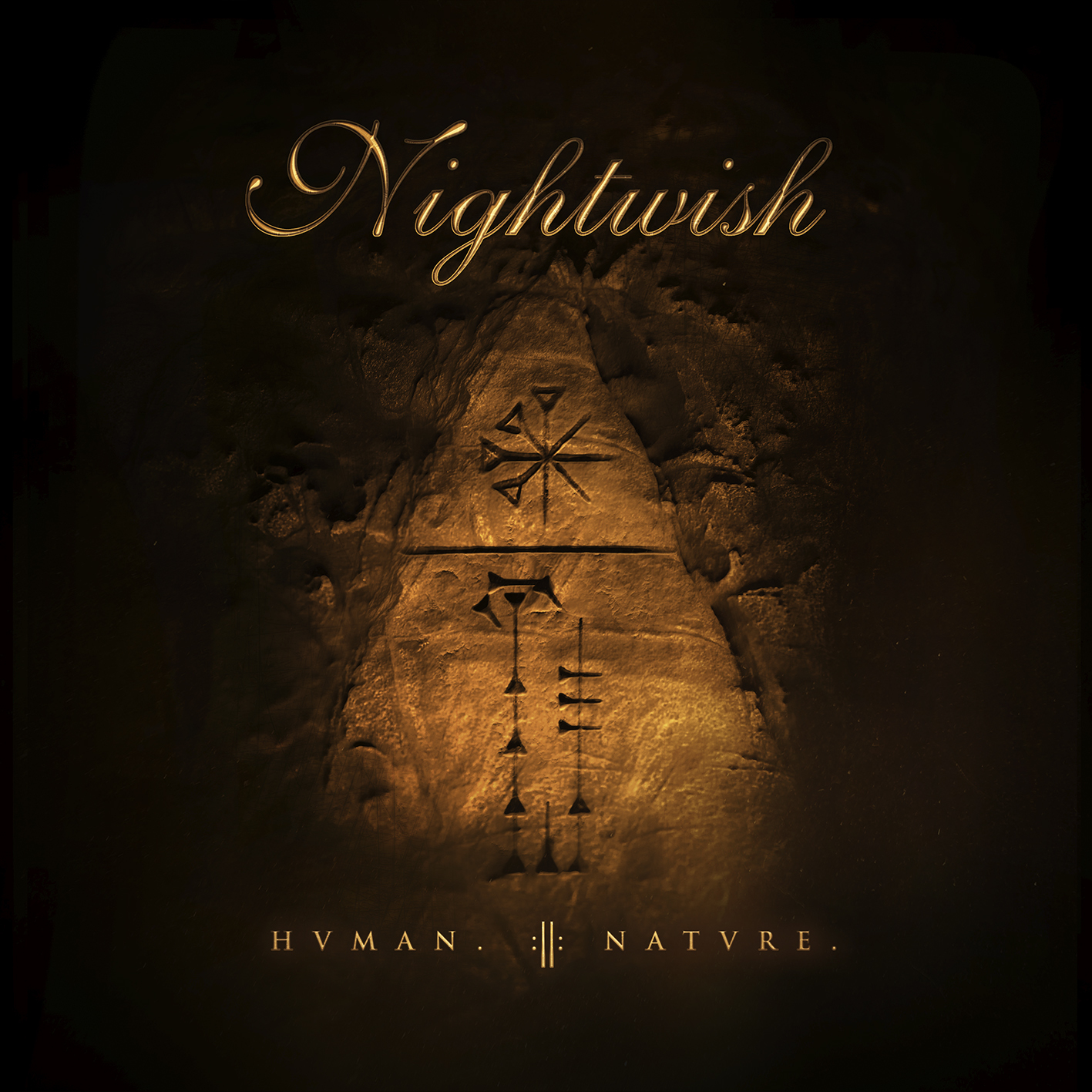 The funereal “Procession” entrances the listener with its Opeth-inspired use of repetition, again making great use of sounds more commonly heard in ambient and electronic music than in metal. The sparing employment of operatic singing again tips a hat to Nightwish‘s beginnings while signaling a desire to move forward, as they do with “Tribal,” where Kai Hahto‘s fills hint at his involvement with extreme metal acts like Wintersun and Rotten Sound, and his decidedly non-western drumming towards the song’s conclusion are a pleasant surprise coming from a dude who hails from some of Europe’s northernmost reaches.

The also dirgeful “Endlessness” concludes the first of “Hvman. :||: Natvre.‘s” two discs. The almost doomy melodies are a perfect excuse for Marko Hietala to take the mic for his only vocal lead on the record, and like his counterparts, he keeps his distinctive gnarling just understated enough to not go over the top. Disc one clocks in at fifty minutes over nine tracks and is thus deceptively protracted; its songs either feel like they’re over rather quickly but without feeling the least bit rushed, or they feel lengthy and dramatic without testing your patience. I’ve long maintained these to be the most critical indicators of songwriting excellence, and I’m pleased to report that “Hvman. :||: Natvre.” delivers these goods. You just not might realize it at first, and that makes each subsequent listen all the more rewarding.

Perhaps intimidated by mastery of the previous album’s ode to nature “The Greatest Show on Earth” (a composition I regard as the finest of Nightwish‘s career), Holopainen has opted to compose a 100% orchestral piece for “Hvman. :||: Natvre,”  the ambitious “All the Works of Nature Which Adorn the Earth.” You’ll hear no drums, no guitars, no metal or rock influences of any kind apart from Jansen‘s celestial voice and Mr Donockley’s etheric pipes sporadically garnishing the music.  And once again, Holopainen cannot resist the urge to call upon a brilliant Brit, this time actress Geraldine Jones, to brilliantly narrate from brilliant writings.  Jones opens the piece with an excerpt from Lord Byron‘s “Childe Harold’s Pilgrimige,” proclaiming that “I love not Man the less, but Nature more” as an apt introduction to a half hour of moody, prodding film score music without a film. However, it is Jones’ command of Carl Sagan’s famous “Pale Blue Dot” sequence from his book of the same name that really stands out. Her interpretation of one of the most sobering observations of the twentieth century is absolutely chilling, provoking both awe and despair as resplendently as Dr Richard Dawkins did when he read from Charles Darwin and his own writings on “Endless Forms Most Beautiful.” I’m not afraid to say it: hearing Dawkins read Darwin over Nightwish‘s music brings tears to my eyes, and Jones reading Sagan over Nightwish‘s music is doing it all over again. (Hearing her read Shakespeare over “Shoemaker” ain’t so bad either). 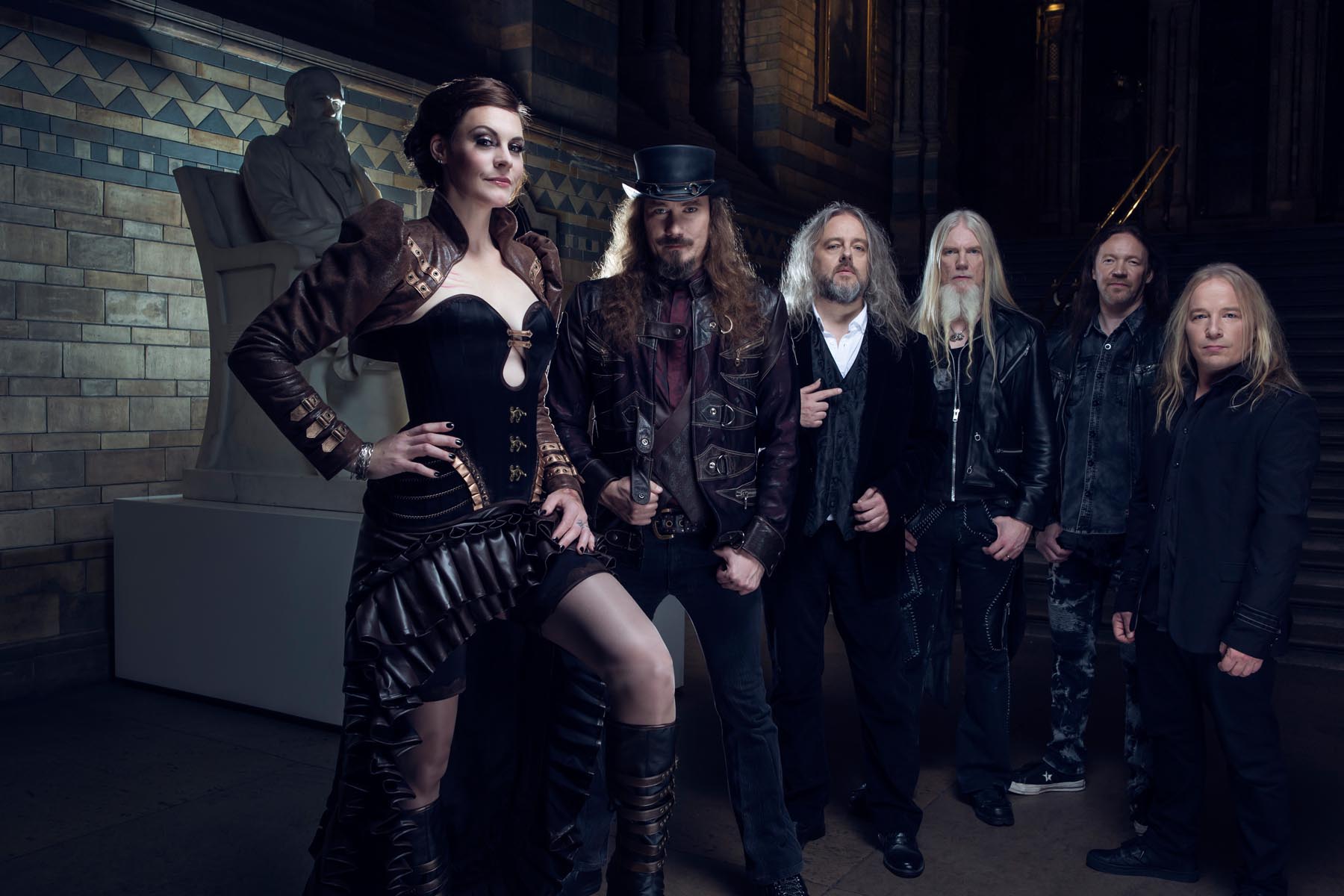 Ultimately, “Hvman. :||: Natvre.” sees every member of Nightwish, beasts all in their own right, deliberately taking a step or four back to let the song dictate what each musician does. The amount of wisdom and maturity that this demonstrates cannot be overstated; this is a genre that’s riddled with hotshot shredders who seize every opportunity to show off their skills. That’s fine, but the thought that firing all cylinders at all times is the most effective way to run a marathon is part of the reason shred collapsed some thirty years ago and paved the way for alternative rock. With “Hvman. :||: Natvre,” Holopainen and crew are not only moving away from a genre they pioneered and are surely done with, they’re also ensuring the genre’s very survival. Less really is more.

“Hvman. :||: Natvre.” addresses the critique that “Endless Forms Most Beautiful” underutilized the band's inimitable frontdame, but mercifully does so in a manner that puts the songs – not Ms Jansen's fucking awesomeness – front and center. The entire band and the entire orchestra follow suit, laying bare the songs themselves rather than the flourishes that adorn them. Many fans will kick and scream. Tough