Shortly after releasing his “Unifaun” album in 2008, Nad Sylvan found himself rising to the next level as Roine Stolt invited him to join forces in Agents of Mercy. On his new “Spiritus Mundi”, Sylvan pays this act of artistic goodwill forward by bringing in Andrew Laitres as co-songwriter, musician and vocalist. It was not the first time the two had worked together, having included the Laitres-penned “The Lake Isle of Innisfree” on Sylvan’s previous album as a bonus track, its lyrics being drawn from the poetry of William Butler Yeats (1865-1939). The combination of wielding Yeats’ poetic imagery with acoustic-based music from Laitres and Sylvan proved too good to be relegated as a one-off, so once Sylvan’s “vampire trilogy” was complete, he set forth to record an entire album based on Innisfree’s template. Indeed, were he not contractually bound to release a new album solely under the name “Nad Sylvan”, it is doubtless that Laitres’ name would also be on the cover.

While the bulk of lead vocals are sung by Sylvan, along with a host of well-arranged backing vocal harmonies, Laitres also offers backing vocals and even a few choice lead moments. Both musicians play a variety of guitars and keyboards, with Laitres more focused on the former and Sylvan on the latter as he adds beautiful orchestration throughout, elevating the music to a higher plane. Many of the original musical ideas came from Laitres, with Sylvan expanding the arrangements and making them into full “proper songs”. The resulting recording finds Sylvan at his most relaxed, the spacious arrangements allowing his voice to ring out in its best baritone range, the instrumentation skillfully beckoning the listener back for more.

The two opening songs, “The Second Coming” and “Sailing to Byzantium”, launch the album in grand fashion with full-band arrangements and sweeping orchestration. Guests Tony Levin on bass and Mirkko De Maio on drums provide a choice rhythm section for “The Second Coming” along with the percolating rhythm guitar. Laitres comes more to the fore vocally on “Byzantium” which is a welcome addition, but the decision to add more reverb effects to his lead vocals here – and at other places on the album – is somewhat distracting and distances him from the immediacy of Sylvan’s vocal mix. While the song starts off a bit broodingly with “That is no country for old men”, the jubilant mood of the middle section calls to mind Supertramp’s “Sister Moonshine”. Two songs in and “Spiritus Mundi” is already off to a fine start. 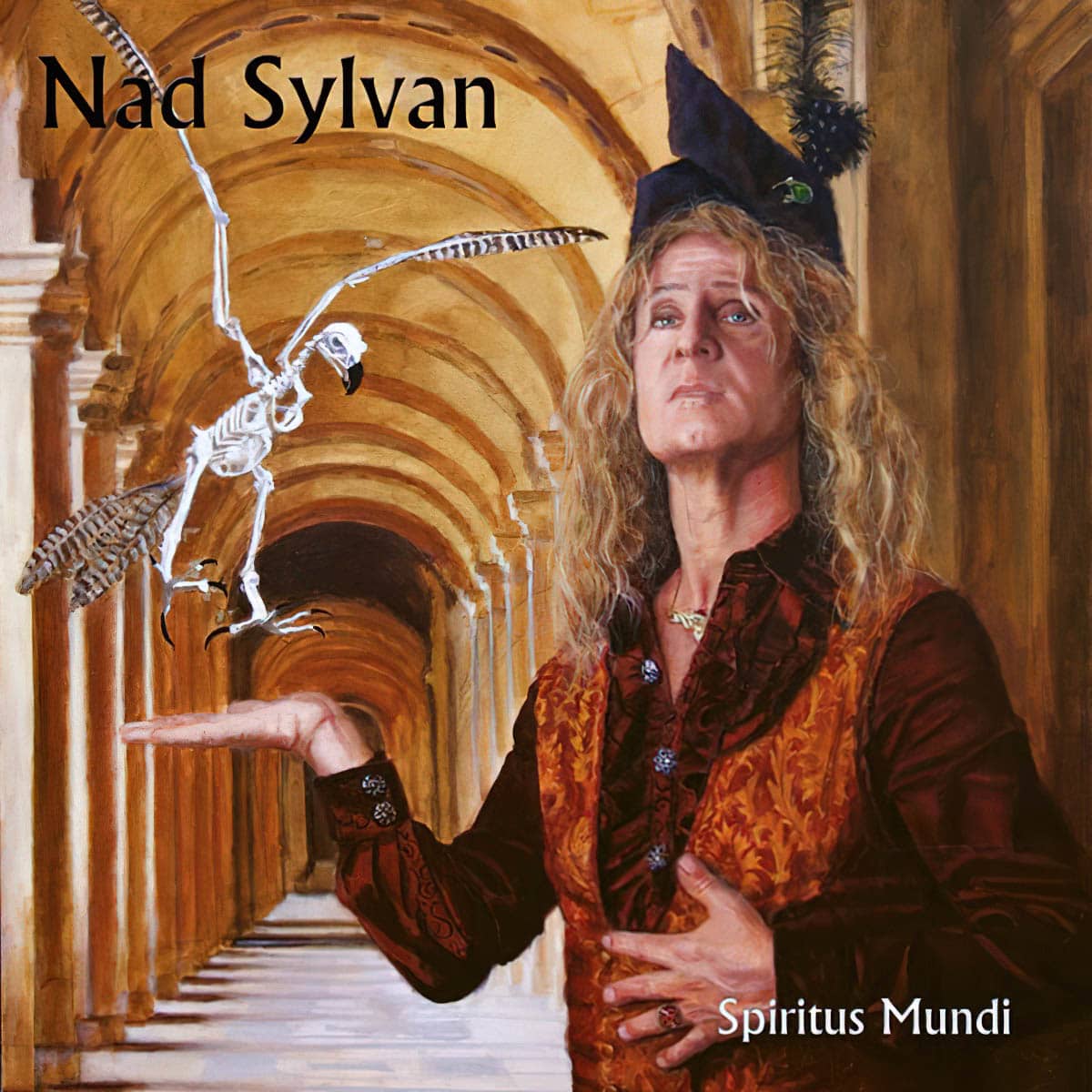 A truly transcendent piece, “Caps and Bells” weaves a spell with its descending progression on acoustic guitar. The inclusion of harpsichord on this and subsequent “The Realists” adds to the inherent pastoral nature of the recording, perhaps reaching its apex on the sublime “To An Isle in the Water” which gently echoes the refrain, “And shy as a rabbit, Helpful and shy. To an isle in the water With her would I fly.” The mood lifts in “The Hawk”, one of the album highlights whose buoyant energy is simply infectious. Closer “The Fisherman” again brings full ensemble support to its acoustic foundation along with an excellent slide guitar solo from Neil Whitford.

Throughout the album, the arrangements are careful to not let the accompanying musicians overwhelm the potency of the lyrics and the steel and nylon guitar strings. Sylvan has perhaps never sounded better, both in his lead vocals but also with the attention to detail in the accompanying harmonies and little touches at the back of the mix. While the ringing of acoustic guitars coupled with his role in Steve Hackett’s band will inevitably conjure comparisons to Nursery Cryme-era Genesis, there’s plenty of nods to early 70s folk artists as well. “Spiritus Mundi” proves itself to be a marvelous collaboration between Sylvan, Laitres and Yeats, offering a new voice for each of them.

Released by: Inside Out Music
Released on: April 9th, 2021
Genre: Progressive Rock

Nad Sylvan takes the next step in his career with a beautifully arranged album of music set to poetry by William Butler Yeats. Collaborating with musician and vocalist Andrew Laitres, Sylvan finds his sweet spot on this acoustically-based recording which will delight fans of the pastoral side of progressive rock and folk music.