Dinner theater held for the moribund.

Adversity can often bring out the best in any artist, but this truism would be seem to apply even more so to one that specializes in a craft that dwells upon the dark emotions that tend to accompany said eventuality. In the case of arguably Britain’s most iconic death/doom export My Dying Bride, the implied trial centered upon the personal and family life of vocalist and lyricist Aaron Stainthorpe, coinciding with a fairly sizable period of studio silence follow their 2015 opus “Feel The Misery”. The almost five year wait period for a follow up would see the band refocus their writing that culminated in a highly consequential feat of sorrowful storytelling in “The Ghost Of Orion“ back in March of this very year, pushing the envelope to the point of matching the brilliance that made up their 2012 smash offering “A Map Of All Our Failures”. With the proverbial wind at their backs, it seems almost too fitting that an ambitious epilogue would follow before the year was out.

In typical fashion, the 3 song EP (4 for those ordering the vinyl release) “Macabre Cabaret” offers its prospective audience a grim musical journey wrapped in the garments of ethereal beauty. The pacing tends towards the gravely slow trudge of a funeral dirge, adorned with lazily lamenting guitar riffs that bear some semblance of the vintage doom sound of Toni Iommi, though further removed from their early hard rock roots and darker. The band’s past stylistic affinity with death metal has been diluted considerably relative to their 90s material, with more of a pristine Gothic character standing in its stead, resulting in a greater proportion of orchestral and keyboard ambience in the mix and a mostly clean vocal croon out of Stainthrope. The melodic contour that tends to shape the songwriting is far more consonant relative to the days of Turn Loose The Swans, though it retains more of a metallic edge than the present sound of Katatonia and Anathema. 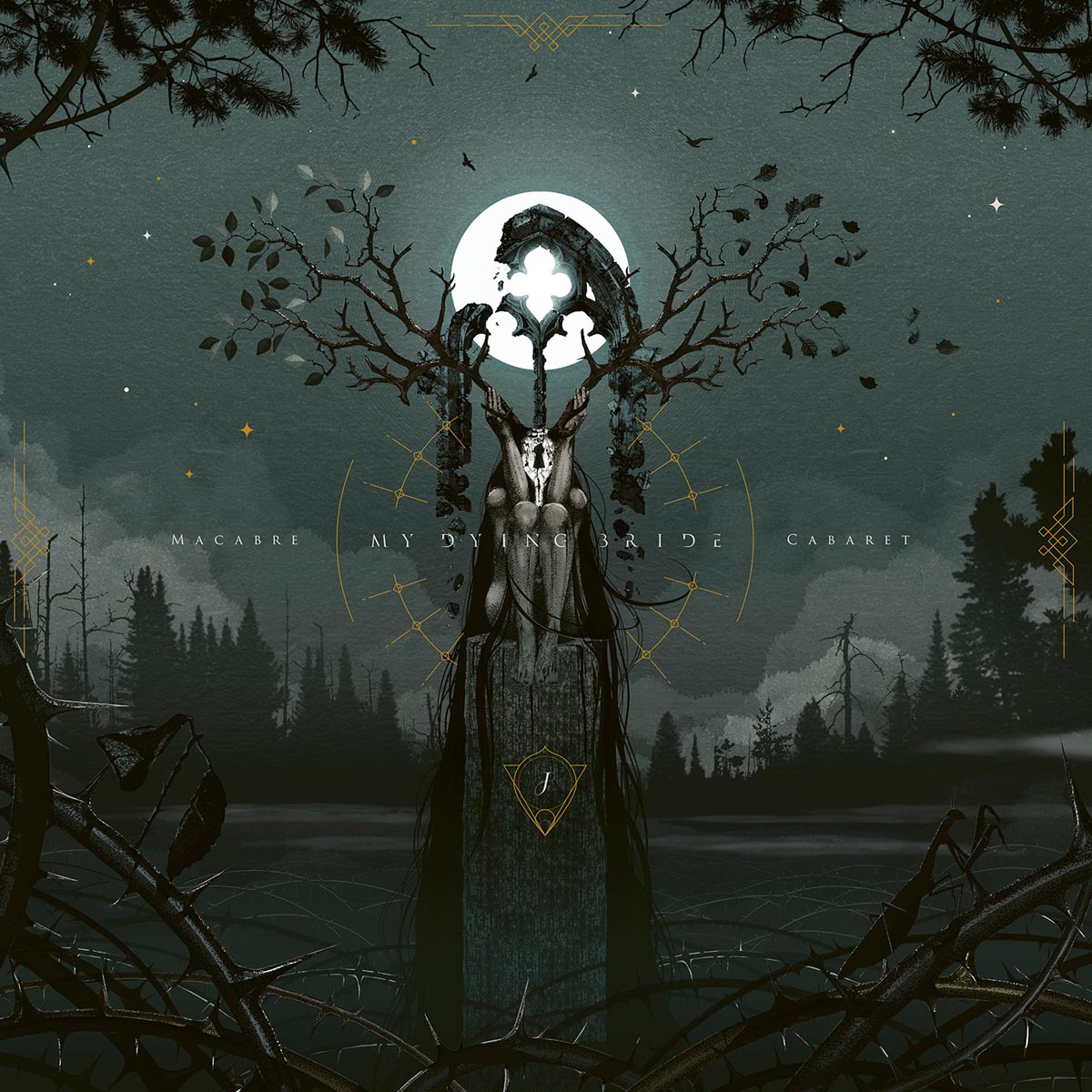 The chief attraction of this abridged theatrical play of woe is naturally the massive, 10 minute long title offering “Macabre Cabaret”. Emerging from what can be best described as a dueling collage of church organ tones and a distant, muddy bass groove, it can be best described as an epic requiem for sorts, largely coasting on a singular groove and droning through a series of depressive melodic statements before transitioning into a series of equally somber yet contrasting segments. For their part, long time guitarist Andrew Craighan and newly recruited Neil Blanchett maximize their presence by often harmonizing their droning riff work, though this offering tends to trade off between being a singular wall of sound and an atmospheric experience courtesy of the keyboard work. Next to this towering colossus, the somewhat more animated and guitar-centered “A Secret Kiss”, which really plays up the band’s traditional doom tendencies a bit more, seems a bit smaller while still being highly effective.

Though maybe not quite the most ambitious work to come out of this 30 year veteran fold’s arsenal, it has its fair share of compelling moments and functions as something of an extended single offering in a sub-genre that is not necessarily known for shorter album lengths. The accompanying songs “A Purse Of Gold And Stars” and the vinyl bonus “Orchestral Shores (Buiksloterkerk Cathedral Mix)” function more as serene, atmospheric interludes with the former playing almost exclusively to Shaun Macgowan’s abilities to build a gloomy tapestry of sound with a layering of droning keyboard sounds, while the latter finds Stainthrope’s dreary singing reigning over a slow-building orchestral and clean guitar backdrop. It ebbs and flows from one song to the next, but there isn’t much here that is found wanting other than maybe the album’s relative shortness. Dying is never a festive occasion, but as with much of My Dying Bride’s output, this album offers up an engaging equivalent to what a celebratory funeral would look like were it to actually exist.

Arguably the most lovelorn trailblazer of the British death/doom scene comes back for a second round before the close of 2020, offering up a charmingly somber dessert following the grand melancholy feast that was “The Ghost Of Orion”